A Dream Of An Idea

by Michael Trigg 3 months ago in science

Who said dreams do not come true? 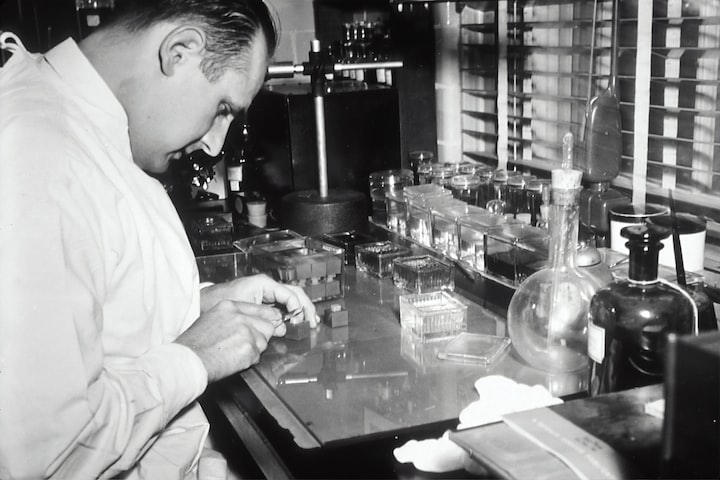 What are dreams? Do dreams come true? Can dreams predict the future? According to Medical News Today, "Dreams are stories and images that our minds create while we sleep. They can be entertaining, fun, romantic, disturbing, frightening, and sometimes bizarre."

In the strange case of August Kekule, a 19th-century German scientist, a dream changed his life. Regarded as one of the founders of modern chemistry, he is looked upon today as a leader in his time and a master of innovation in the young and developing field of the organic chemical industry and the discovery of the benzene molecule. Benzene is a constituent of crude oil and is known as one of the elementary petrochemicals. Benzene is classed as an aromatic hydrocarbon and is a component of everyday gasoline and is used as an octane booster.

August Kekule worked as a professor of chemistry at Ghent University in Belgium. He had been searching for a breakthrough in the makeup of the benzene atom for a number of years. In the winter of 1861 - 1862, he was dozing in front of a fire in his study at his home in Ghent. He apparently fell into a dream state when he reportedly had a dream where he envisioned the benzene atom and its structure. Classed as a hydrocarbon, benzene is a molecule made up of six carbon atoms, joined in a ring. Each carbon atom has a hydrogen atom attached. Regarded as an organic chemical compound, benzene has the molecular formula C6H6.

Professor Kekule's dreaming vision of the makeup of the elusive benzene atom is one of the most famous discoveries of the 19th century. The dream came in the form of a self-devouring serpent (snake) with the snake in a circle, devouring its own tail. His assertion was, the dream revealed to him the atomic structure of the benzene ring with the carbon molecules attached to the body of the snake and the hydrogen molecules attached to the carbon molecules. By 1865, he had reported his discovery leading the way for other groups of carbon molecules to bond in different ways and with many other elements.

Kekule's discovery shed light on the role of symbolism in creative thought. Of the many discoveries referenced by historians, psychologists and psychiatrists, not many are as praised, discussed or as controversial as the dream-generated discovery by Professor Kekule.

The basic idea of a formula for benzene had been suspected but not perfected for some time. The problem was, its complex structure was a challenge to determine. Early scientists Archibald Scott Couper in 1858 and Joseph Loschmidt in 1861 had theorized possible structures that contained rings with atoms, but the study of chemical compounds was in its early years. Too little evidence-based science was available to assist these chemists in coming to a conclusion on any particular molecular structure.

Kekulé argued for his proposed structure when more solid evidence was available by 1865, backing up his encounter with his vision in the dream world. The nature and veracity of the benzene dream and its resulting discovery was controversial and was challenged by Dr. Jogn H. Wotiz. As a professor of chemistry at Southern Illinois University, he did not believe Kekule experienced the benzene dream and he carried out an exhaustive study of Kekule's scientific documents that were left to science upon the professor's death. Wotiz's claim was that the benzene molecule had been previously documented by other chemists in and around the time Kekule announced his discovery.

In 1990, Wotiz organized a conference of his peers in an attempt to sort fiction from fact. The plan then was to review Kekule's papers and his claim at the conference. Unfortunately, the conference was cut short and ended inconclusively when Dr. Wortiz and his wife were killed in a car accident in 2001.

The discussion, that slowly died and fizzled out on the long-gone Professor Kekule's discovery was more about whether the history of chemistry should be written by historians with a limited chemistry background and less about who deserved credit for the remarkable discovery of the benzene ring structure.

Regardless of the controversy, Kekule has long been regarded as one of the founding fathers of modern organic chemistry and now known as the chemistry of carbon-based compounds. His dream discovery is no longer discounted and has earned its place in the history books of the science of chemistry.