by Daniel Goldman about a year ago in astronomy
Report Story

What would happen if aliens expected an empty world, but instead found us? 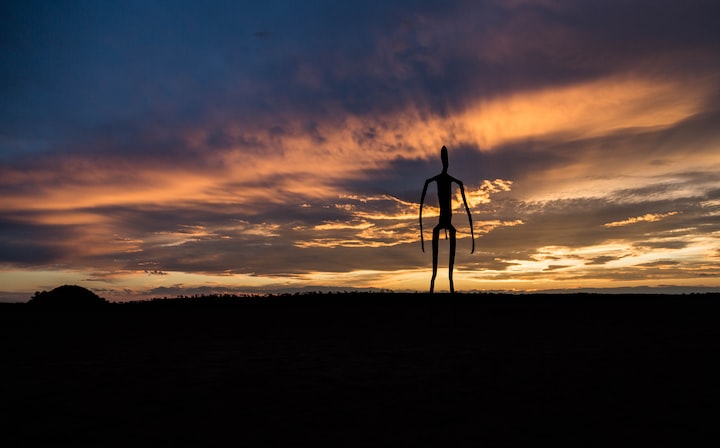 Photo by Brian McMahon on Unsplash

In a recent article, I wrote about the idea that aliens could indeed be visiting Earth. I don't believe it's actually happening, but I admit that it is a possibility, even if we don't accept that alien technology can allow for traveling faster than the speed of light. The scenario involved a colony ship, that was sent to Earth, only to find out that sentient life was already here. I want to expand on this idea a bit more.

The fastest spaceship created by humans was able to travel at roughly 150km/s relative to the sun (NewScientist). For comparison, the speed of light is about 3,000,000km/s. Meanwhile, the closest star to Earth, Proxima Centauri, is still about 4 lightyears away. Even at about 1/10th the speed of light, it would still take 40 years to get there. And odds are that there are no habitable worlds that close.

It would therefore likely take many hundreds of years, if not tens of thousands of years, for anyone to get to Earth, from another habitable world. Humans have only been around for about 300,000 years, and for most of that time, our impact on the Earth was minimal.

The agricultural revolution did start to change the course of geological history, but it was still slow going. Only after the industrial revolution did we start changing the environment enough that there would be telltale signals. And even then, from long distances, such signals could still be seen as natural changes to the environment. Radio transmissions are much clearer signs of sentient life, but we've only been sending out radio signals for a little over 100 years (IEEE).

Given how easy it would be for aliens to miss the signs of sentient life on Earth, it would probably be quite a shock for any colony ship as they approached the solar system. It would become increasingly obvious to anyone on board that there is indeed sentient life.

The question is, how would a colony ship react? It would depend on a lot of factors, and to even guess would require a lot of assumptions. Are these aliens anything like us? Do they care about anything other than themselves? Are they desperate to leave the colony ship and can they colonize another planet besides Earth? How long ago did they actually get here?

One would hope that a sufficiently advanced collection of people would decide to act peacefully. Maybe they would have a concept of stewardship that's less violent than our own, and rather than taking from us, they would want to work with us.

The question of whether we'd notice a colony ship is fairly easy to answer. We probably wouldn't, if the ship itself were sufficiently far away from Earth. They could be "parked" as far out as Pluto. Even our own ships can make the trip between Earth and Pluto in only 10 years or so, depending on how close the two celestial objects are in their relative orbits at any given time. And that's with our comparatively limited technology (Universe Today). A colony ship could probably send out scouts that could make the trip in just a few years.

To realize how difficult it would be to find even a massive colony ship that far out, consider that it's a distance of about 50 AU: 50 times the distance between the Earth and the sun. If we viewed the sun as a flat disc with the radius the same as the radius of the sun—basically how the sun would appear from so far away—it would take roughly 500 million suns to fill it all. So even an object as large as the sun would only cover about 1/500 millionth of the area we'd have to search. Planets are much easier to spot because they are mostly all aligned within a plane which formed out of the original disk. Planets also reflect a lot of light. A ship can easily be designed to mask itself.

What Would They Do?

The course of action taken by the colony ship would likely depend on how long ago they got here. If they got here hundreds upon hundreds of years ago, their response would likely be very different if they arrived mere decades ago. If we are to believe that a decent number of UFO sightings throughout history are from this colony ship, then we would conclude they got here somewhere around the agricultural revolution.

Up close investigation of humans and Earth would likely occur though. And observations would continue so long as the colony ship was busy deciding how to proceed. If these aliens were anything like humans, they'd probably try to shape the situation for their own benefit, and manipulate Earth's evolution as carefully as possible.

Even with these figures, I can't believe a full scale conspiracy. A 10,000 year long game seems like a lot for most organisms. And it would be very difficult to plan out 10,000 years of working on a species as dumb as humanity. But I suppose it could happen. It would just require such a tremendous amount of work and manipulation. If governments truly did know and were keeping it a secret, then all of these largely incompetent regimes that hate each other are still somehow getting along on a matter like this one.

More stories from Daniel Goldman and writers in Futurism and other communities.