5 Celebrities Who Would Survive the Apocalypse

And 5 Who Definitely Would Not 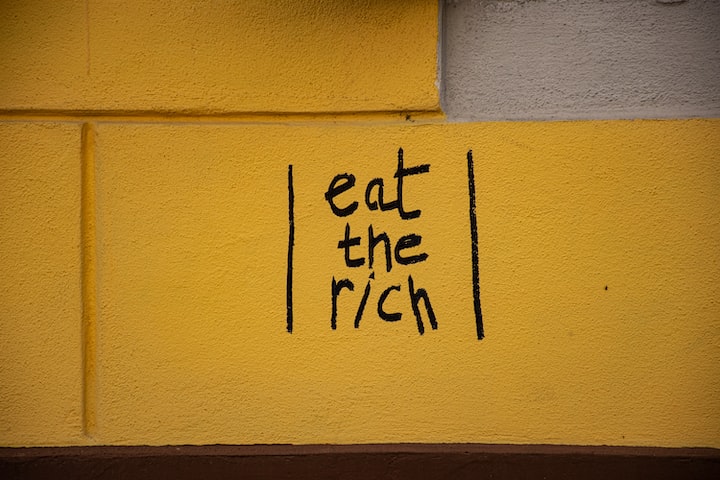 Photo by Lea Kobal on Unsplash

Have you ever wondered what would happen to celebrities in an apocalypse? No? Well now you have. Welcome to my obscure train of thought. But seriously, when you really think about it, would celebrities be more or less likely to survive than the general population?

They've lived a life of luxury and fame and would suddenly have it all ripped away. Having millions of dollars and a global reputation wouldn't mean much of anything anymore if currency was no longer a thing. Plus, I highly doubt many celebrities would be able to suddenly go from having the world at their finger tips to having to scavenge through dumpsters for a slither of sustenance (except perhaps Lindsay Lohan).

That said, certain celebrities definitely have a few tricks up their sleeves which may actually give them the upper hand on Doom Day. So prepare yourself for the definitive list of 5 celebrities who would survive the apocalypse.

I admit, I actually don't have a lot of hard facts or evidence to explain why Zendaya would survive the apocalypse, she just would. I think it largely comes down to her presence, which is refined, respectful and, in it's own way, cheeky in disposition which makes one wonder what she's actually capable of. That, and she did incredibly well to establish herself in the celebrity realm as both an actress and singer during her early teens many years ago which certainly would've required a strong spirit and persistence. She's an apocalypse survivor for sure. However, Zendaya's partner, Tom Holland (aka Spiderman), most likely is not. I think the Tweet below is all one needs to see to understand this. Sorry Tom.

Not only is Jackie Chan a martial artist and stuntman (in addition to being a world renowned actor), but he's also incredibly kind-hearted and wise. The internet is full of his quotes which really speak to this as well, like:

“The best fights are the ones we avoid.”

If that doesn't scream "wise, extremely talented, apocalypse surviving, level-headed legend" I don't know what does.

Much like Jackie Chan, Keanu Reeves is a martial artist and stuntman (in addition to being a world renowned actor), however, Keanu also has an incredibly sad backstory, which makes him the perfect brooding, wise, badass apocalypse hero. In short, his partner, Jennifer Syme, passed away in a car crash back in 2001, and it wasn't until 2018/2019 that he was rumoured to have re-opened his dating life. Nevertheless, Reeves appears much happier these days and there's no doubt whatsoever that he would go full John Wick on anyone who tried to take that away from him in an apocalypse.

There really isn't a doubt in my mind that Betty White is going to outlive us all. At 99 years old, Betty White isn't going anywhere anytime soon. People even started a GoFundMe to allegedly "Protect Betty White From 2016" back in the day, and that same energy still exists today. People LOVE Betty White, and if an apocalypse struck, I can absolutely see her becoming the Queen of the new world.

This one may come as a bit of a surprise but hear me out. Picture this:

The world has become nothing but a desolate wasteland. People are now a rare species, but amongst the wreckage and rubble, small colonies of survivors remain. You get lost in the wasteland one day scavenging for food, when soon enough you're surrounded by [insert generic apocalypse monsters here]. It seems as though all hope is lost, when suddenly, you hear a war cry in the distance, "Okurrr". Your saviour emerges, and blasts the [generic apocalypse monsters] into oblivion with her Glock. The hero unmasks herself - it's Cardi B.

Normally I wouldn't have added a celebrity who focusses so much on relatively meaningless things like aesthetics and bling (as most rappers do), but Cardi B has just the right amount of persistence, past-trauma, vengeance and personality to be likely to make it through an apocalypse. I mean, just look at her response to being called mean. That's big survivor energy if you ask me.

So, we have the survival squad, but who would be the most likely to be, uh, eliminated?

Ok, I'm aware that McGregor is a world-renowned professional mixed martial artist which would surely give him a certain advantage over others, and sure, his success has made him an incredible net worth. BUT, the only thing bigger than McGregor's net worth is his ego, and that is his biggest downfall. Sometimes you need to know when to call it quits, and to understand that you can't always pick a fight with the biggest guy in the room and win. McGregor's overly cocky taunts when he challenged Floyd Mayweather are a perfect example of this, especially considering he ended up losing. Mix this with the life and death scenarios you'd expect in an apocalypse and you can see how he probably wouldn't survive very long at all.

Kylie Jenner certainly has set some impressive records such as the most followed woman on Instagram and the youngest self made billionaire, although, admittedly she technically wasn't self made since it was only thanks to her family's success as a whole that she really got that far. Either way though, Instagram and money won't get her very far in an apocalypse and unfortunately being born into a wealthy family means she hasn't had to rely on her brains (or brawn) for a lot of her life. I think the sheer fact that this video exists is evidence that she wouldn't survive 5 minutes in an apocalypse. No, Kylie, that is not a chicken.

I haven't listed Taylor here just to hate on her. She allegedly has so many enemies that there's just no way she'd be able to fight them all off in an apocalypse. There are countless articles about fights and arguments she's had with other celebrities over the years. Just listen to her song Bad Blood. Kanye West would be at her doorstep with his mob within minutes of a Doom Day announcement, I can guarantee it. So, for that reason, the odds would not be in Taylor's favour.

Don't get me wrong, I could absolutely see Trump joining the masses, machete in hand, as he raids what's left of supermarkets with his devoted followers. But, for a similar reason as Tay Tay above, it's just so unlikely he'd make it very long simply because he has so many enemies. He'd be overthrown within the first few days. Sorry Trump, you're out.

It almost seems ironic listing Will Smith's son under the 'would not survive' group given he's played so many survivalists and action heroes over the years. But Jaden Smith, while somewhat following in his father's footsteps, seems to be on another planet a lot of the time. Amongst the piles of strange, and often illogical, comments he's made over the years is this beauty:

What is he even trying to say? Who knows. So while the world would be falling apart, I think Jaden would be too busy thinking up his next 'woke' comment rather than preparing his survival kit, and for that reason I just can't see him making it very far.

What about you? Who do you think would survive the apocalypse and why?

Receive stories by Josh Lowe in your feed
Josh Lowe
Read next: Sagittarius: Are You Compatible?