by Kendra Anthony 11 months ago in evolution 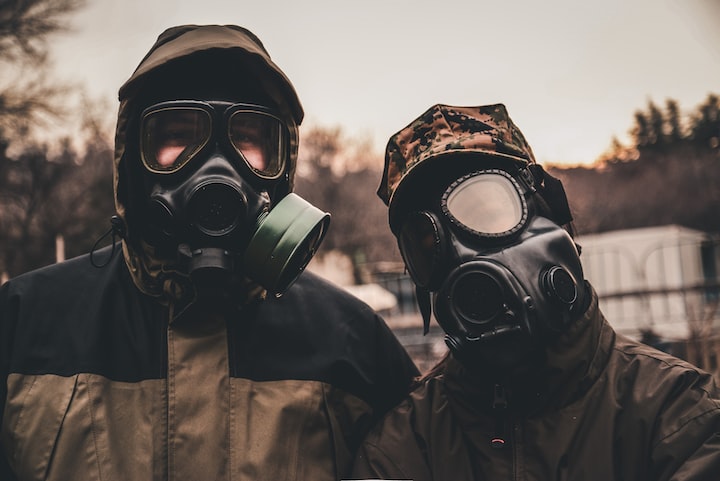 Photo by Ana Itonishvili on Unsplash

The year was 2037, mass chaos spread across the world as epidemics wiped out the nations. Government’s took control by dominating the human population; natural disasters spread across the land drowning the coasts and burning what was left of the land. The death rate was 2:1, bodies dropped like flies as the world turned on all living things. Doomsday had begun.

Earth crumbled, as I found myself lying in a pool of blood, is that my blood. The muffled cries of my daughter reached my ears, “Mama!? WAKE UP, we have to go, they’re coming! Mama!” Who was coming? Where was my book? I looked around frantically, the blood wasn’t mine. Bodies lay strewn, in this inhumane, mass grave-like crater. I looked at my daughter wide eyed, “the black book?”

“I have it, Mama. LETS GO!” She cried, pointing to her leather hip bag and dragging my immobile body out of the bombing hole, which was destined to be my place of rest for eternity, though it didn’t turn out that way.

I could hear the gun shots and explosions getting closer with every second wasted. Global government’s sought mass murder to humanity, only allowing the rich and powerful to survive in the bunkers below. As if they could ever survive for what was to come after the planet got wiped from the cosmos. It was the dawn of extinction. Souls were perishing, as doomsday expanded across the sandy deserts and burdened seas. The world was on a course of change, as if the axis of the planet shifted and life was no longer sustainable. Natural disasters were no longer containable as tsunamis taller then the highest buildings, drowned the neighboring towns by the miles; category 5 hurricanes annihilated cities beyond the coast, and merciless volcanoes turned everything in its path to ash; we were getting wiped out by the thousands. Perhaps it was for greater good, we never deserved this green oasis in the first place.

I laughed. “Mama, pick up your fuckin’ feet. We ain’t got time for your maniacal thoughts! They’re getting closer, we have to go. NOW!”

At long last, I came to, my legs started to function again, and we ran. We ran through the upheaval of blizzards and flames. Our poor, beautiful planet, what have we done to you. We were lucky enough to be high in the Rockies, away from the severe flooding and turmoil of the countries below. Although, it was getting colder by the day, with nighttime lows of minus 50 degrees Celsius, it was no way to live. We have to reach mainland. We ran until we couldn't run anymore. By the time we lost those government foes, the sun was nearly rising. We were a couple yards away from our bunker, we had heat and electricity; food and some necessities to survive, but not for too much longer. We need a new plan.

I looked at my daughter who had already fallen asleep from exhaustion. She was a beautiful, intelligent young woman. Merely on her 24th trip around the sun, but she was the strongest warrior I ever feast my eyes upon. To say I was proud was an understatement. She had known this day would come, she warned people who would only laugh and belittle her, but little did they know they would all die in this shit show of an cataclysm. When she was twenty-two she had won a sum of money from some underground black market scheme, a whopping twenty thousand dollars. You know what she did? She didn’t spend it on useless crap, she came here and built this god damn bunker, hidden well enough so nobody would ever find us. Good riddance to those who didn’t believe her.

I couldn’t bring myself to rest, I needed answers. I needed a plan. I walked over to Ivy’s sleeping body and grabbed my little black book out of her bag. Inside was secrets. Secrets to a new land, a safe land. Secrets to the possible survival of whatever it was to come. Secrets I had yet to un-turn. I skimmed the pages for what felt like the millionth time, I practically had it memorized. The sun had risen to mid-day, still curating our excursion out of this bunker we call home, I planned a journey to “Mainland”. It was the only way.