Why We Are All In Love With the Three-Way

A sex toy that looks so innocuous but is so, so good and ‘death and resurrection in the sex toy world 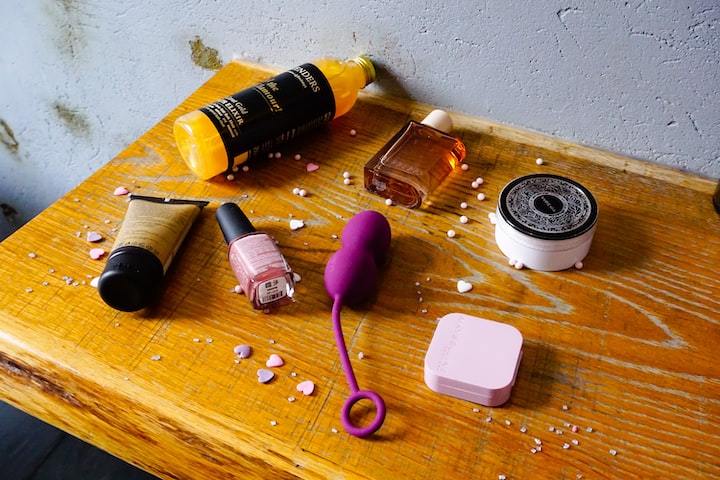 Upon seeing it, my wife was a little underwhelmed. She feigned enthusiasm for her friend’s sake, but said later to me ‘it looks like a pretty normal toy, and I don’t love pressure on my ass. So, m’eh’.

But then the threeway was sent home with us one night. After a long and slightly boozy dinner, our friend went and got it and stuffed it in my wife’s purse. Yes, we have the kind of relationship in which we share sex toys — we’re close.

The next night, we gave the three-way a try. Wow!! We immediately saw what all the fuss was about. Everything about it worked perfectly. The little arm that goes inside was the perfect length and angle to rub against my wife’s g-spot. The nub that vibrates against the clit provided the perfect level of pressure and vibration — like it was designed for her. And the pressure against her ass — just enough to feel a little naughty but no risk that it would slide inside. My wife said it was — and is to this day — the only pressure she has truly enjoyed against her ass.

We played with the three-way that night for hours. She loved it. It’s one of the very few times she has squirted from a toy. She was raving.

After our amazing experience, we eventually — reluctantly — returned the toy to it’s rightful home. They are friends with whom we have a sexual relationship and we’ve played with it together a number of times, including once where she (my wife’s friend) used it on me, sliding it into my ass, with the clitoral nub on my perineum — not really the intended use, but it was amazing.

Over the years — it’s probably been three years since we were first exposed to that toy — we’ve collectively bought at least 30 more sex toys between the four of us. All the new toys have been good in their own right, and we enjoy playing with them. But none compare with the three-way and none certainly have that enduring quality that, three years later, they are still a favorite.

But then the tale takes a tragic turn. About three weeks ago we get a text from our friends ‘the three way is dead’. I was mortified. I had been the last to use it — that time I mentioned above when my girlfriends tried it on my ass. I felt terrible. Had my butt broken the three-way? It turns out no — the charging cable got stuck in the port on the toy and broke off. But, no question, it was dead!

This led to a frantic online search for a replacement three-way. We had little to go on. The three-way was not a fancy toy — it had no branding and, in fact, no identifiers at all. We were stuck googling ‘three-headed sex toy’, or ‘sex toy that stimulated all over’. We really had little to go on and we're feeling we were pretty out of luck.

But then, about a week ago, we got a text — in a late night marathon online search her husband had found it — an exact replica of the three-way. It arrived on July 22. Fall on your knees and rejoice.