Why I Am Eagerly Waiting for Freed from Christian's Perspective

by Alana Rister 5 months ago in literature

It's not the reason you think. 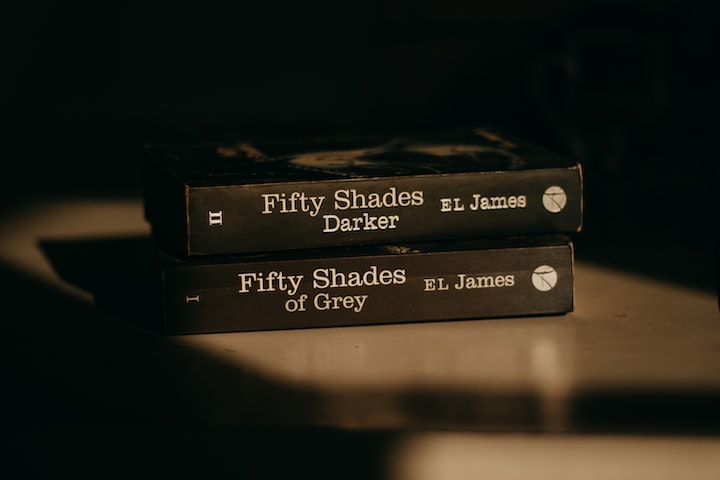 By now, most people know of the Fifty Shades of Grey series by E. L. James. When the books first came out, I didn't understand everyone's fascination with them. I wasn't introduced to the series until the first movie came out while I was in college. I went to see it in theaters with my boyfriend at the time.

I honestly was not all that interested in the movie when it first came out. However, when I went to graduate school, I watched the rest of the Fifty Shades movies and that's when I became almost too interested. I was drawn to the franchise and I wasn't exactly sure why. Overall, I didn't think the movies were all that great. There was really awkward acting and the plot line was borderline ridiculous.

However, I started to understand why I was drawn to the story when I found the books written from Christian's perspective. These books were not nearly as popular, but they were gold for me. What you do not see in the movies, adapted from Ana's perspective, is the struggle that Christian is going through.

Due to Christian's childhood trauma, he developed problematic sexual habits, at least they became problematic in his relationship with Ana. However, through his inner thoughts and talks with his psychiatrist in the book, you start to understand the why behind these habits. For example, not allowing Ana to touch him is not as much a power play as it is a strategy he employs to prevent flashbacks.

Over the books, you can see how his thoughts change as his relationship with Ana deepens. He starts to challenge some of his habits and attempts to work through his psychological troubles with his therapist. Now, Christian's sexual habits and the change he undergoes are fairly unrealistic because it is a fictional story, but the idea of your childhood trauma's altering your sexual encounters is not an uncommon theme.

My Struggle with Sex

When I entered my first relationship in college, I had a difficult time with our sexual encounters. Between my childhood traumas and the deep shame rooted in me by my southern upbringing, I didn't know how to relax or enjoy sexual experiences. However, I wanted to be good at my relationship so I would initiate sexual encounters even when I wasn't particularly interested in them.

I started using bondage as a way to prevent myself from pushing my partner away. Being pleasured had become psychologically painful, especially because of the shame I felt from being pleasured. I thought that if I forced myself to endure it psychologically that I would be able to eventually enjoy the experiences. I was wrong.

In graduate school, I started dating again and entered into my second relationship. Unlike my first relationship, I tried to be more vulnerable and less angry in my approach to sex. We quickly realized that there were certain things that were simply off the table for me and set these as boundaries.

However, in this relationship, my partner truly cared for me and approached sex with love and caution. When I would fall into my old habits of inappropriately initiating (initiating sex because I wanted him to like me not because I wanted to have sex), he would stop me. He would instead recommend that we just cuddle and tell me that he cares about me. He made it clear that I didn't need to have sex with him to receive love from him.

With this approach combined with therapy, I slowly became more open to sexual experience and releasing control during sex.

My Connection with the Books

Because of my own experiences, the books from Christian's perspective became a sort of hope that I would one day be able to establish a healthy sex life with my partner. Around the same time as I read the books, I entered into my second relationship similar to Christain meeting Ana and started changing my sexual habits, similar to what happens in Darker.

Now, I am finally truly enjoying sexual relationships with my partner. It feels important for me to be able to read Christian's final stretch of his journey in marrying Ana and creating a healthy life together.