Why Have More Sex?

by HowToFind .com 6 months ago in sexual wellness

Sexual encounters provide physical and mental benefits for the person and for the partner.

Sexuality, in all its facets, has a great physical and mental benefit for the person and also for the partner (of any kind). From the outset, the sexual climax exercises the brain as a whole, generating a great increase in blood flow, which distributes all the nutrients and oxygenation necessary for the mind.

In addition, sex is one of the most complete exercises that exists. Not only is it proven to consume a large amount of calories, but also, when practicing, we use a large number of muscles. Not to mention the benefits for our organism as it is an essentially cardiovascular practice.

Another benefit attributed to sexual relations is the increase in life expectancy.

Swedish, American and Scottish studies have even quantified it and assure that making love three times a week would increase life expectancy by 10 years.

At the same time, sexual activity boosts self-esteem, stimulates creativity, promotes self-knowledge, and revitalizes. What more could we ask for? 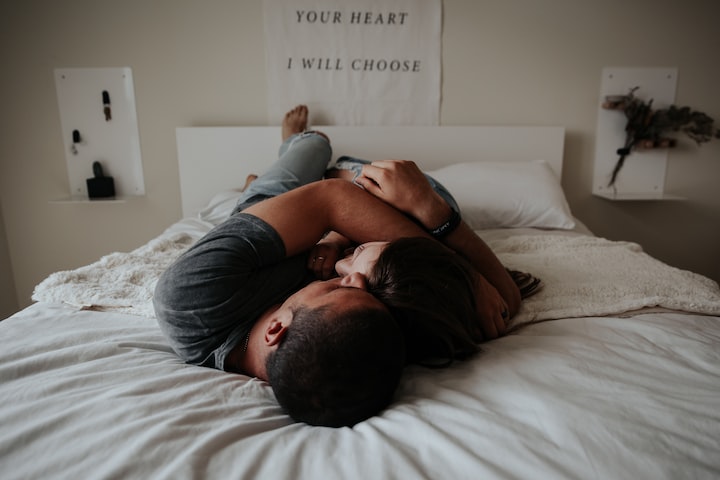 By Becca Tapert on Unsplash

But despite knowing all the benefits, couples don't always have "enough" sex. In a relationship, passion, as such, lasts for about a year. We believe that sex flows alone, but it does not.

The beginnings are influenced by many hormones, by the novelty, by the illusion... aspects that little by little are diminishing or we are losing.

In fact, the three factors that negatively influence sexual desire are monotony, lack of surprise and routine. The data indicates that the average sexual frequency is 3.2 sexual encounters a week during the first year, 1.9 weekly encounters the second, and 1.1 during the third.

And a study with stable couples that analyzed which factors are essential to maintain desire and sexuality determined that there are three: admiration, missing each other and novelty.

On the other hand, there are also couples without sex. They are those couples who have less than 10 sexual relations a year. In this case we must consider what has led to the loss of the sexual link.

Perhaps it is the lack of coupling and sexual enjoyment that has led to the cessation of encounters. Or, on the other hand, the lack of sexuality is a consequence of other couple problems that block that intimacy: arguments, routine, lack of affection?

The reality is that we have a hard time talking about sex, putting our tastes on the table and sharing them with the sexual partner.

But if we do not have that communication is very difficult to maintain the passion and continue to enjoy quality sex.

Discussing sexual tastes with the partner helps to be a team to enjoy both.

In this field, the habits of the couple are very important. And it is advisable to establish this communication about sex from the beginning; to talk about sex as we can talk about any other subject.

Naturalness is the basis. Just as we express our culinary tastes when we begin to know our partner, we can also discuss our sexual tastes and seek to be a team to enjoy both.

By Becca Tapert on Unsplash

Spaniards devote only 34 minutes a week to sex, according to data from the European Sexual Satisfaction Study carried out by the company Pfizer.

But there is still hope, because the Durex Report on Sexual Well-being points out that sexual relations increase during warm times, so it is important to take advantage of summers to break with such low statistics and create a new routine and new sexual habits in the couple with which words such as novelty, creativity, sense of humor, and so on fit.

And there can be helpful sex toys, which are no longer a taboo but we still do not know much about them.

The purpose of these toys is to give a little extra push to our sex life, whether in solitude or as a couple. They help to activate and explore sensations that we might not be able to achieve by using the body alone.

We have to stop believing in myths in which toys replace the partner. Or that they are for boring and monotonous relationships. Or for dissatisfied couples. And they are no longer just for women.

Never lose your curiosity! If you like it, it's perfect; if you don't like it, you talk to your partner and you're determined.