What to do to avoid sexual temptation

When getting freaky gets too freaky 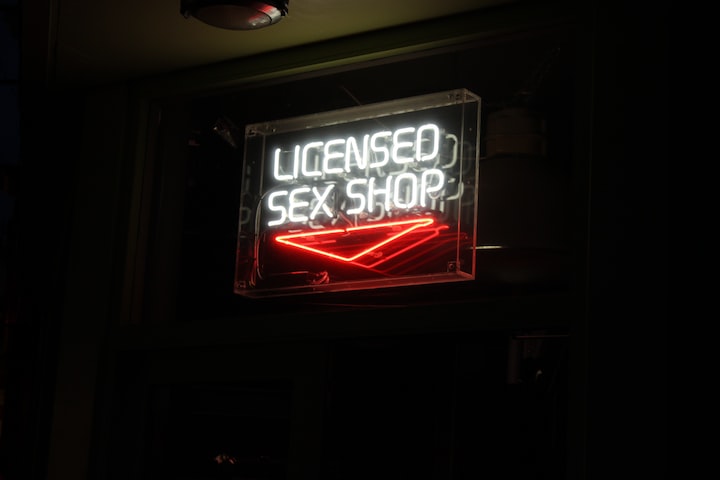 Photo by David Len on Unsplash

Listen y’all, I don’t care who you are, what gender you identify with, or where you come from. If you have a sex drive, you have felt the temptation to do, or watch, something that just does not sit right with you. Or, well, part of you.

We wonder why we get off to that stuff. In the moment, it’s the hottest thing on the planet, even if, in reality, you’re turned off by it when you’re not in the mood. So, what’s the deal? Well, from personal experience (involving both conversations with others experiencing this phenomenon, and self-reflection following a juicy session), I can say that a lot of it has to do with the taboo nature of whatever you got off to. Now, this isn’t to say that what you’re watching is illegal (and if it is, you need to seek professional help immediately to curb that sh*t), but it could just be something that you were raised to think was wrong.

In general, this is the rule to follow whenever you’re questioning if something is truly morally wrong: if all parties involved have given their consent, there is consistent communication, a respect for the partner(s), and all participants are of legal consenting age, then let the good times roll. Those four things address all aspects of a safe and healthy sexual experience.

Now, that doesn’t cover if you haven’t been raised in such a sexually progressive community. The repression of any and all sexual desire can lead to even the most vanilla of sex acts to be taboo. If this is the case, then let me tell you something right here, right now: sexual desire is normal. Why do you think dogs are constantly trying to get some at the dog park? It’s in their nature to reproduce and allow their species to live. Whether we like admitting it or not, we’re just like animals in that respect. The only difference is that we have self-imposed “rules” to restrict freely chasing our desires. There’s nothing wrong with you for wanting a flesh rocket in your hot pocket (oh God, why did I say that).

This is another one that kind of takes self control to do, though not as much. Back when I was first slipping down the pervert slide, I tried using a blacklist app called Zero Willpower. You type in a term or a website, add it to the list, and then set how long you want it blocked. For these purposes, I would put 24 hours.

Sit down and allow yourself to think about the thing that tempts you. Why do you get turn on by it? When did it start? Is there a connection to something else in your life? Why do you keep giving in to that desire? Can I get what I want from something else? Being able to figure these things out can help you figure out your triggers, and what to do to avoid them. It also gives you a look into Horny You’s thought process, so you can learn where the point of no return (i.e. “nothing can stop me from getting off to old lady titties now”), and you can stop yourself the next time you’re reaching that point.

Okay, this is when we get into more serious territory. Look, there are plenty of kinks to get off to that don’t require meeting with a professional. However, if you’re noticing that you are getting into more and more extreme types of porn/kinks, or that sex is becoming such a problem that it’s holding you back in life, then you need to speak with a sex therapist. For those of you on a budget, you can also find some really good information online from registered psychologists that discuss potential solutions to this issue. But nothing can replace the real thing, so, if possible, grow a pair, admit that you’ve got a problem, and get help. It doesn’t make you a vile and disgusting person to have certain...thoughts...but it does when you let your thoughts become reality, and you end up hurting someone, directly or indirectly.

5. You will most likely relapse

I’ve been dealing with my own issues for four or five years now. I’ll go for a long time without giving in, and then one night something will happen that makes me say “screw it” (literally). Relapse is practically inevitable, and you can’t beat yourself up for it. That’s not going to change what you did, but you also can’t let it stop your progress. A marathoner can run several miles, and stumble and fall at some point. Does that eliminate how far they’ve come? Does it make all of that precious work useless? Only if they give up and leave the race. So when you relapse, don’t just quit, and don’t beat yourself up. Instead, sit down, think about what triggered the relapse, come up with a solution (even if the solution is to just try harder next time), allow yourself to celebrate how far you’ve come, and get back in the race.

Guys, sex is fun. Orgasms are fun. Foreplay is fun. What’s not fun is letting it get out of control and derail your life. There’s no easy answer to this, there’s no quick fix, and yes, you’ll find yourself relapsing. This is an addiction, even if you don’t feel addicted, or it doesn’t match up to other addictions like alcohol or drugs. It takes time, it takes energy, it takes willpower. But you’ve got it all. You can beat whatever the hell is bothering you. Hey, you’re reading this article, aren’t you? That means you want to quit, and that’s the first step on the way to clearing your mind of what plagues you.

*DISCLAIMER: I'm not sponsored by either of these apps. They just genuinely helped me.

More stories from D. E. Remington and writers in Filthy and other communities.