What Amazing Sex Feels Like For Women (In Their Words)

by Lana Ridlon 2 years ago in relationships
Report Story

I recently decided to ask my four most eloquent, self-aware, heterosexual female friends what amazing sex feels like for women. And they really did not hold back in their responses. 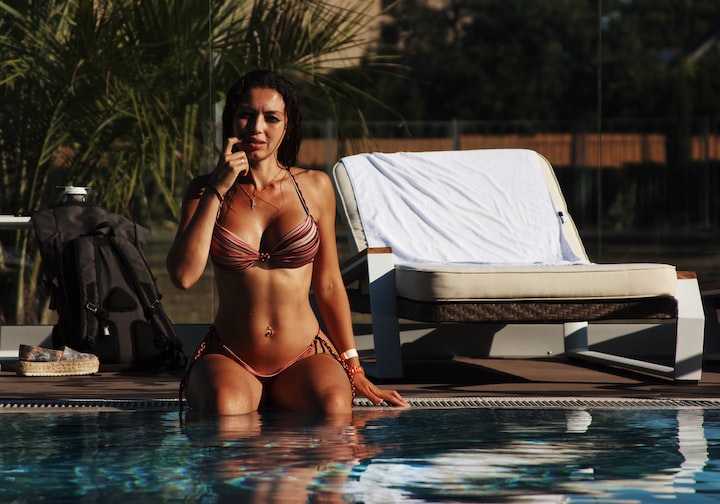 Photo by Igor Starkov on Unsplash

Want to know what sex feels like for women?

I recently decided to ask my four most eloquent, self-aware, heterosexual female friends what amazing sex feels like for women. And they really did not hold back in their responses.

I knew that high quality sexual intimacy wasn’t an easy thing to put into words, but I am massively impressed with the job that they did.

Here are what they had to say when I asked them “What does amazing sex feel like for you?”

Gentlemen, class is in session.

“The best sex I ever had felt like God. And I’m not a religious person.

When I try to pinpoint the exact feeling of it… it’s like a sense of urgency, but knowing you have all the time in the world. It’s hands and mouths and bodies with no real destination or motive.

It wasn’t rushed, but I was excited to rush into it. We were covered in sweat, but it never even crossed our minds. There was no self-consciousness… just pure, in the moment ecstasy.

I feel like our sex life gave me back to myself. Like I was coming home, into my own body. It unraveled all of my insecurities… it made me more confident in myself… and it stopped time and space.

I would say at least 90% of that feeling came from feeling safe with him. I could surrender so deeply with him that I would just melt into nothingness.”

2. “Sometimes men are too afraid to fully lead and it creates an awkwardness.”

“People always describe it as a hunger, and I think that’s fairly apt. There’s this swirling, fluttering emptiness that sits right below my rib cage that feels insatiable. And that’s how it starts.

In the hallway. Against the wall. Accidentally hitting the light switch with the small of my back but only having a mild awareness of it.

Our kisses; slow and deep and I can feel them in the bottom of my stomach. His hands; holding my weight against the wall and with my legs wrapped around his waist I can feel a tingling begin in my thighs.

I was always so enthralled by his lack of technique. Nothing felt forced or rehearsed. Anything that happened in the moment was part of the moment. He was never awkward, never nervous, never unsure. He was just there. With me. For as long as we saw fit.

My first orgasm would come in a slow vibrating wave. Starting at my ankles, arching into my back and flowing out of the top of my head. It feels like the best drugs I’ve ever taken. And he’s not even inside me yet.

He lead me where he wanted to go. There’s an art to being able to lead and allowing me to follow. Sometimes there is a push and pull in energies. Sometimes men are too afraid to fully lead and it creates an awkwardness. I can’t follow someone who is standing still.

He gave me cervical orgasms everytime. Which is so different. This isn’t your dime a dozen clitoral orgasm. He made it safe enough for me to be my truest sexual form and from that would come the flood of euphoria and ecstasy that is a cervical orgasm. This one doesn’t peak but lasts for a long time, sometimes up to 20 minutes. My entire being would be… alive… I guess is the right word for it. I had awareness of every molecule in my body. And at this point, we would be making eye contact and I knew we were in the same place at the same time feeling the same thing and… that was it. The closest thing to God I’ve ever felt.

Now, I don’t want to mislead anyone into thinking that this was some sort of well-rehearsed tantric experience. Because it wasn’t. There was no cyclical breathing or constant eye contact. We didn’t touch each other’s third eye or acknowledge our shining light within.

It was filthy and rough and selfish, at times. And it was amazing.

I’m not putting down tantra. I just want to be clear that he and I didn’t talk about how we should fuck. We didn’t research special ‘moves.’ There was just something about his energy that allowed me to open up so unconditionally. There’s something about a man with the ability to lead you anywhere that creates electric, mind-blowing sex.

I still think about that sex. A lot.”

3. “The best lover I ever had fucked me into oblivion.”

“I lost my virginity relatively young (compared to the national average) and had a lot of ho-hum lovers in the first decade of my sex life.

Yes, I know you asked about the best sex I’d ever had… but I feel like it’s important to give the context that I (like a lot of women) had the bar set so low for me from a young age… but I thought that that was it. Due to the poor sex that I’d had, I thought that the best I could ever hope for was a half-hearted attempt to make me climax every week or two. I felt very secondary in the majority of my sex life for the first several years of it.

And then it happened. The guy who changed everything for me. To be totally honest, the best lover I ever had fucked me into oblivion.

I like sex to be a bit more rough than many people I know, and this guy delivered.

He bit my neck harder than anyone else ever had… he took my face in his hand when he kissed me while his other hand grabbed a fistful of my hair… he took me, fucked me, and opened me to god more than any other lover I’d ever had. By a huge margin. It wasn’t even close. He truly raised my standards in everything to do with sex.

And then I married him! So that’s pretty great too.

More stories from Lana Ridlon and writers in Filthy and other communities.