by Luisa Rodrigues 2 months ago in fetishes 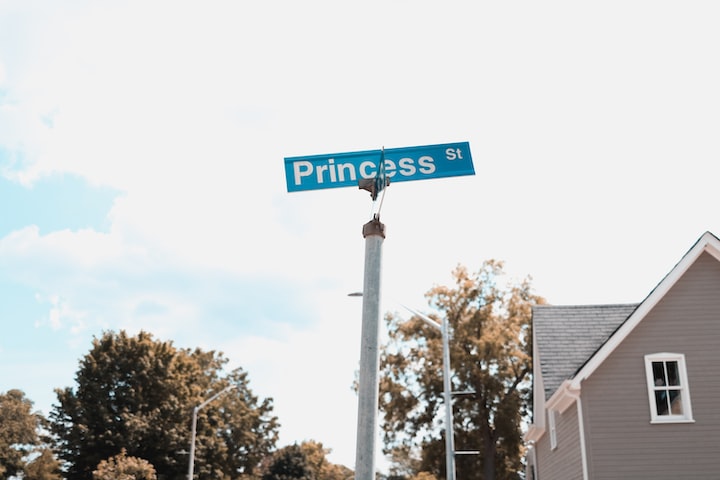 Photo by Zain Saleem on Unsplash

I'm not the kind of person to overshare. Nor am I the kind of person that usually spills tea about intimate details. But here I am, trying to explain to all that are interested in my journey through womanhood and all the wattpad fantasies that both fascinate but also scare us.

This all started when I bought fifty shades of grey by mistake ( I swear) when I was 16 years old. I was an avid reader at the time and I was bored of reading harry potter all over again. So with the money I had earned while working as introductory accountant at a small company where my dad worked, I picked the book based on its cover. And my dad was right next to me. I remember being so proud. I had earned the money with my hard work and like the nerd I was I spent it on books. It was a highlight not going to lie.

It's safe to say I did not finish the book.

I was horrified but turned on at the same time. That sparked a curiosity within me and I researched everything I could get my hands on about BDSM. What it was. What was their philosophy. How did they make sure it was safe. But I realised I could read about it as much as I could but this WAS NOT a theoretical subject. This would require some hands on investigation. So I dropped it. I continued to read some erotica but never tried to look into it much further. As an underage virgin with a very high scientific curiosity I was heartbroken, but the battle was lost but not the war.

I think timing and maturity were absolutely essential for me to peak into this world and further understand these fantasies that both scared me and excited me beyond belief.

Please don't get me wrong. I had my very awkward, very sloppy first kiss at the age of 19 with a guy that dumped me after 2 weeks. I then proceeded to battle this world with my virginity and a heavy baggage of theoretical knowledge. It wasn't enough. The books try to make you understand some subtle behaviours in guys when they are interested but my gut always said no. I just ignored that feeling once and I was very poorly fingered in a car. Even my innocent mind could understand how shitty it was. I was almost loosing faith in men. How could a guy with an active sex life be so horrible at foreplay that can't even turn a virgin girl on? Well, let me tell you: I thought it was me. I thought there was something wrong with me.

I thought that until I met my boyfriend. Let me tell you it was worth the wait. The instant attractiveness, the need to be with someone. I am nothing but grateful to that man that taught me some very important lessons that I would like to share with you:

The first one I think it's the most important - communication is key and basis of everything. If you don't say what you feel and what you like you are already half way up to having a very shitty experience.

The second one is that no one knows your body better than you do. You have been giving yourself orgasms since you were a teenager - teach the other person that. We are all different and no one is a mind reader.

The third, share your fantasies, set limits and most of all make sure you are ready. There are a multitude of fantasies that I think about but I would never be comfortable to act them out but nevertheless, it is important to share them in order to build trust.

The fourth and final one, wait for the right person. I had such a thick hymen that it took me and my boyfriend two months to pray it open enough to not hurt anymore. Like many couples, we could have just gone for it and to it all in one night. But was the pain worth it? No - at least not for me but I am definitely an exceptional case. The first time was such a positive and caring experience because of the person that lead me through this journey.

General BDSM guideline is that, one person is the Dom and the other is the Sub. Then, essentially these categories can take a multitude of roles depending on common fantasies and interests but also personality traits. For example, I'm definitely a Sub (which surprised me because outside of the bedroom I'm so not one) but my motivation to please my Dom is not just based on the power I LET HIM HAVE OVER ME but also based on a reward system that we have in place. So for example, I know he wants me to perform a said sexual act (which I have agreed to do beforehand). I agree to do it in the condition of first, for example, he has to bake me cookies. To this exchange of power but also rewards the subs are called Princesses. Which I identify whole heartedly. Princess play is usually described as "lady during the day and a slut during the night". What a vibe.

This can be seen as quite a paradox: how can a submissive women be able to demand an anticipated reward to do an act she agreed to do? Well my answer is that I'm too feisty to let someone else have one hundred percent of the power. And besides I see it more as an exchange: I get dotted and devoted to during the day, and then I reciprocate during the night. However, the lines blur quite a bit when you are in a relationship and both seek the same outcome of the naughty night events. It all boils down to the fact that I enjoy relinquishing control but I'm too stubborn to admit it.

At the end of the day Princesses are just stubborn subs.

a 22 year old with something to say.

See all posts by Luisa Rodrigues →