by Grace Linn 5 months ago in advice

5 tunes to fuck to 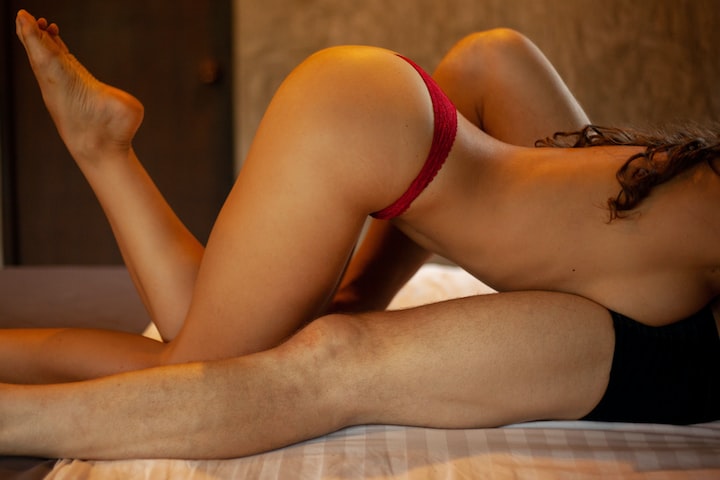 Who wants to have intimate time without there being any noise involved whatsoever? Whether you're losing your virginity, are a coital connoisseur, or just trying to impress that date you met off of Tinder, playing the right tracks are sure to set the mood for your romantic romping. Let's dig into some tunes to fuck to.

Often by the Weeknd

Even if you never listen to this song, just looking at the lyrics alone is enough to tell you what this song is about. I mean, after all you DID see the title of this article I assume. This track was released on July 31st of 2014, reaching 59 on the Billboard Hot 100 and eventually reaching 69 (I'm not making that number up I swear) on the Canadian Hot 100. There's some popping bass in this track and the lyrics are pretty racy as one line of the chorus reads "Baby I can make that pussy rain, often". Obviously the story tells us of a man who has some experience under his belt because he sounds pretty damn confident in his ability to please another woman. It's a pretty hot track to bone to (one that's even sneaked its way into my playlist).

Nothing's Gonna Hurt You Baby by Cigarettes After Sex

Cigarettes After Sex released this song on an EP in 2012, where it slowly became a sleeper anthem. The lyrics are actually very tame to this song as the guy starts out saying something perverted to the girl, when she smiles and looks away. The guy reassures the girl that as long as she is with him, "nothing's gonna hurt you baby." That's actually really sweet and it makes this a perfect song to romp to, whether or not you're having hardcore or slow and gentle sex.

Use Me by Bill Withers

If there is even a hint of sexual overtones in a conversation, the words "use me" probably mean everything as scandalous and frisky as you can imagine. Though the song is nowhere near as explicit about the topic as most of what you'll hear in today's music, it's still generally recognized as a sex anthem. It was originally recorded by Bill Withers in 1972 for his Still Bill album. It reached no. 2 on the Billboard Hot 100 chart, kept from no. 1 by Ben (Michael Jackson) and My Ding-a-ling (Chuck Berry). I had this song recommended to me by a previous partner, and I'm telling you, it lives up to the hype.

Mentioning the band name Nickelback will either net you a reaction of amazement or disgust, there's no in between. Possibly their most risqué song is Animals, which was released in 2005 on their album All the Right Reasons. The song tells the story of a man picking up his girlfriend after getting his license back. They drive away to have sex in his car, only for the girl's father to catch them in the act towards the end of the song.

When I was researching the best songs to get it on to, this happened to show up as a prospect. The title doesn't really give anything away so I decided to listen to it. The first line is "You let me violate you". By the time I heard the third line "You let me penetrate you" I'm thinking okay this is THAT kind of song. The first line of the chorus is "I want to fuck you like an animal". This is definitely one of those tracks that is either very much your style or isn't. It is very edgy and violent in nature. Definitely a perfect track for fun time if rough sex is your style. "Closer" was gifted to us in 1994 on Nine Inch Nails' second studio album Downward Spiral. It currently remains their most popular song. And given its sexual nature, it's very easy to see why.

What do you think? Have I musically inspired you? Download these tunes and get to rolling in the hay!