The sexualization of Showgirls' Elizabeth Berkley was never saved by the bell. 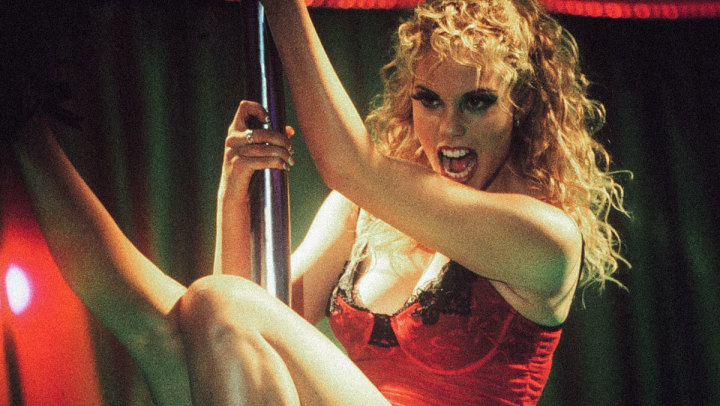 Taking Risks and Getting Attention

She got plenty of attention in the breakout hit TV show Saved by the Bell, for her acting, her beauty, crazy curly hair, 34C bust, 23" waist, and lovely 36" hips. In one of her most iconic scenes, years later, re-enacted on Dancing with the Stars, she frantically jumps around shouting, "I’m so excited! I’m so excited! I’m so… scared!" An almost meltdown-like moment for a young woman on the verge, experiencing overwhelming celebrity status. Elizabeth Berkley went straight from squeaky-clean teen to celebrity to pole-dancing showgirl in Showgirls. The controversial, exploitive erotic film, while panned by critics, achieved cult status over the decades after its release in 1995. She has said "1995 was such a different time, where taking risks like that was not embraced. They were laughed at, they were shamed, publicly. To be a young girl in the center of that was something that was quite difficult."

Her experiences in her career, sexuality, and passions were the catalyst for founding a non-profit called Ask Elizabeth. It encourages the teen girl demographic to deal effectively with growing up and transitioning from girl to woman. In her 2011 book, also titled Ask Elizabeth, Berkley said, "I’m very real with them—like, life is not just in a pretty little bow," she spoke with Out magazine about these efforts. "I like feminine, girly things, trust me, but life is not always that neat." A vegetarian who has posed for PETA commits herself to her interests.

Ask Elizabeth addresses topics like love, friends, and growing up. Each page has the look of a scrapbook, and some include notes from Elizabeth scrawled in pen. "Elizabeth is a true girl’s girl," her friend Jennifer Garner has said. "There’s no topic you can’t bring up as a girlfriend, and it’s reflected in Ask Elizabeth." In 2003, Elizabeth married Greg Lauren, an artist who has painted nudes for clients like Ben Stiller and Renee Zellweger. Ironic, but not surprising, that the sexualized Berkley found true love in a man who sees nudity through the prism of an artist.

Overcoming the Scarlet Letter of Showgirls

Asked to reflect further on Showgirls, she says. "Regret is not a word that I connect to in my life. I truly believe that everything we walk through and go through is a lesson," but on specific awful reviews Showgirls received, Berkley said, "It was like I was that woman in The Scarlet Letter. Except... I was condemned to wear an 'S' for showgirl."

Oliver Stone would eventually cast her in his football epic, Any Given Sunday. Though a skilled actress, Elizabeth Berkley jumping into bed with a guy is the scene fans obsess over. Wearing a thong as her over-sized shirt flies up to show her butt, she then begins to have sex with the guy. Later, fans are treated to Elizabeth topless as she reclines in bed afterward, showing both breasts as she watches TV and chats with a guy in the room. Many an armchair quarterback sat imaging himself in those brief few minutes of the film. But nothing compares to the never ending, a venerable onslaught of nudity, sexuality, and eroticism found in the iconic Showgirls. The fun is in the search for just how many scenes of full frontal, topless, straight ass, lesbian and straight sex scenes you can count. Debates rage amongst the cult classics fans as to quantity and quality, but a list of what to look for is helpful. 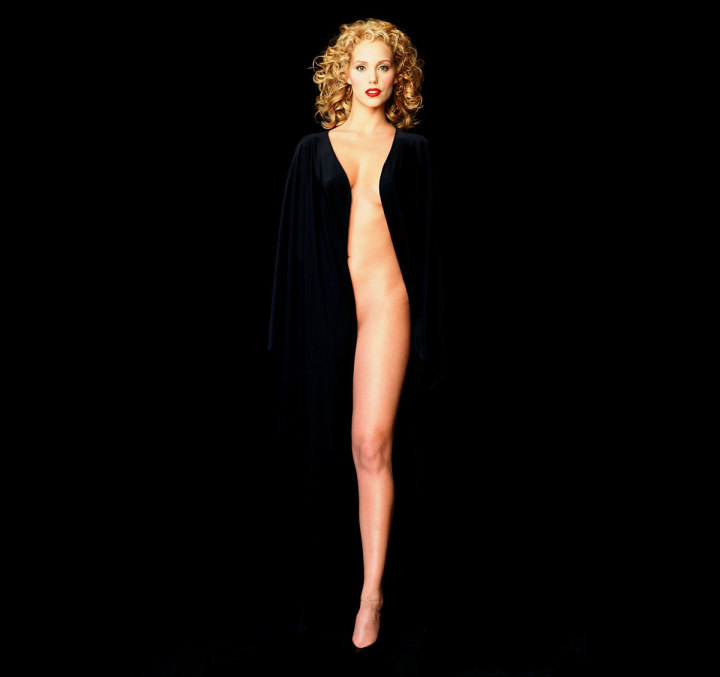 Perhaps Elizabeth sums it up best. "Whether this film has been your guilty pleasure, whether you have played 'Pin the Pasties on the Showgirl,' or whether Nomi's own plight and her fight and struggle has become your own anthem in your life, I hope that it's brought you comfort, I hope that it's brought you joy, I hope that you've made incredible memories with your friends watching it cozy on your couch." Those same fans were treated to another groundbreaking moment from their teen sex idol at the turn of the century. As the millennials began to come of age, Elizabeth Berkley guest starred on an episode of the hit classic NYPD Blue, starring Dennis Franz and Gordon Clapp. The sexualization of Elizabeth Berkley could not be better cemented that a then risqué interracial sex scene on the groundbreaking, censor challenging police drama.

Featuring uncensored scenes from Showgirls, Any Given Sunday and Moving Malcom, Elizabeth Berkley exposes everything from lesbianism to lap dances. Available exclusively from Mr Skin.