Should You Join Only Fans as a Side Hustle?

by Elizabeth Iris 12 days ago in advice

Whilst Only Fans is known for being an adult site, you are free to create whatever content you want to try and make some extra dough. However, many creators believe there is a stigma attached to the site. 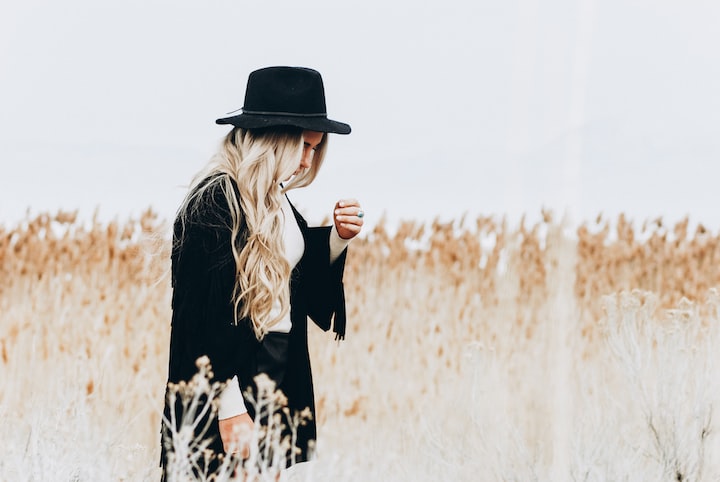 Photo by Olivia Hutcherson on Unsplash

There is no escaping Only Fans, especially after all the hype surrounding Bella Thorne making over one million dollars in her first day on the adult site without even getting her kit off. The Bella Thorne hype, as well as Lockdown rules, saw record numbers of people signing up to the site in the hope of making some easy money. But is it that easy to make money on OnlyFans if you do not create anything raunchy? Surely if it was, everyone would be doing it?

Indeed, Only Fans is known for being an adult site. However, you are free to create whatever content you want, as long as it is not against the terms of the site. Whilst the majority of content creators do create some sort of adult or fetish related content, there is an increasing number of non-adult creators signing up. Many famous actresses, models, dancers and fitness professionals have joined the site to give fans an exclusive look inside their lives for a fee.

The top creators on Only Fans are singers and actresses. Blac Chyna, Bella Throne, Cardi B and Tyga. However, if you are already famous, it is a lot easier to make money and at a fast pace. Like most online platforms, if you are not already famous, or do not have a large online following, then it may be harder for you to grow on the site. One of the main reasons why some struggle with growth on Only Fans is because many social media sites do not like people promoting the site. Many creators have had their Instagram accounts banned for promoting their Only Fans page, so be careful.

Whilst celebs make millions on Only Fans, for everyone else, it is not so easy. Bella Throne received a lot of backlash from adult creators who have been on the platform for years and are barely making any money. Their argument is that, celebs are taking away custom from creators that heavily rely on the site for income. They are already millionaires, so why are they taking money from people who need it? Thorne also received criticism for charging $200 for a nude photograph which allegedly was not nude at all.

The counterargument is that the masses of publicity that seems to follow when a celeb joins the platform has pushed a ‘taboo’ site into the limelight. It is getting talked about and has seen a huge increase in fans signing up. This in turn could mean more exposure for adult creators struggling on the site. One downside to mass exposure is that the site is now littered with all kinds of creators. Some adult creators feel that there are a lot more ways for non-adult creators to make money other than littering a site which they heavily rely on. Kofi and Patreon are PC sites that work similarly to Only Fans. Many adult creators believe that people are just jumping on the Only Fans bandwagon hoping to make an easy few bucks.

However, there is a downside to the platform. It is less censored than the likes of Instagram and Facebook, which means it does attract some undesirables, who are less likely to be banned from the site due to the more lenient rules. After doing some research, I found a lot of adult and non-adult creators that had deleted their accounts, mainly because they were fed up with creeps and weirdos harassing them. Indeed, the platform has blocking features. However, one female creator claimed that a man created a new account in order to continue harassing her.

Whilst Only Fans claims to be safe, many female creators said that they felt vulnerable being on the site, even if they did not pose nude or create any sort of adult content. One creator, who was a model and posed in lingerie and sexy outfits, said that she received multiple messages from a man that paid her a small tip and then demanded she send him nude pictures as well as sending her pictures of his genitals. She got to a point where she had to block him because he would not stop, and he got nasty if she did not reply. She did report him. However, they did not remove his account, so they clearly do not take this sort of thing very seriously. After that experience, she deleted her account and did not want anything more to do with the platform.

If you have a thick skin and things do not bother you, then sure, sign up and post your content. I am not trying to discourage people from joining the site. However, I think creators that are not in the adult industry should be made aware of what they are getting into. Remember, the countless celebrities that are on the platform more than likely have staff that run their pages. I doubt they post anything themselves, reply to DM’s or comments, that will all be done by paid staff. For everyone else, it is slightly different.

If after reading this you still want to join, below is how you can make money on the site.

Subscriptions — This is the most popular option. You basically set a price for fans to view your page. You can price your page at $4.99 and up. Remember, if people are paying monthly for a service, then it needs to be worth paying for.

Pay Per View (PPV) — You can offer fans a free page with some free content and then upload certain images and videos which they have to pay for, you can set your price for this from $3.

Tips — If your fans feel generous, then they may leave you a tip of their own free will. Be careful, they often want something in return!

Pay Per View Messages — You can message all your fans at once with say a video and set a price for your fans to view that video.

You can also do a combination of all these options. Remember, Only Fans take 20% of what you make, which is a reasonable cut. Creators also can have two accounts and many have a free teaser page as well as a premium paid page.

Understandably, many creators do not want the association with Only Fans just in case it could ruin their reputation, especially creators who claim to be squeaky clean. However, if you can overlook the stigma and negative aspects of the site and want to try and make some money from your digital content, then sure, sign up.

I have an MA in public history and a BA in American studies. I love history and travel and enjoy writing articles on both subjects.

See all posts by Elizabeth Iris →