by Krysta Kurves 6 days ago in relationships 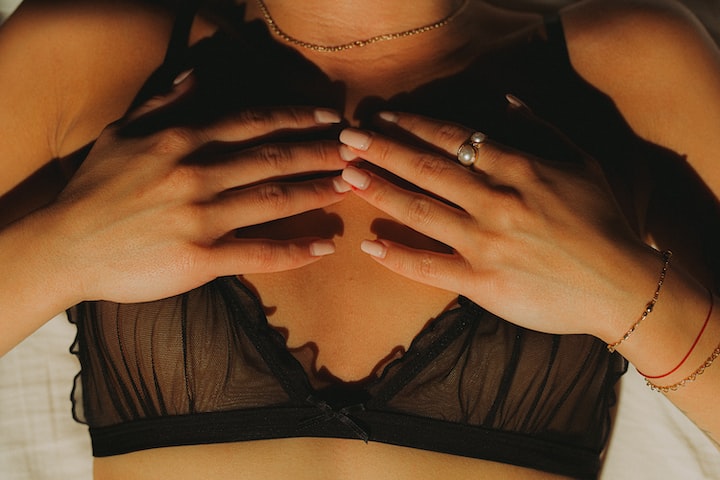 Some people are very private. The last thing they want on the internet is their nudes and personal details about their sex lives. I am most definitely not one of those people. Let me take you back to 1999 when a show debuted on Comedy Central called The Man Show. Now please keep in mind that the reason that ten-year-old me was watching this is a conversation for another time and place, probably at my shrinks, but I digress. They had beautiful, scantily clad women on this show called Juggies. My favorite part was at the end of the show when the Juggies would adorn bikinis and jump on a trampoline. I was in awe. From that day on I had a dream. I would grow up to someday become a Juggy on The Man Show.

The Man Show only lasted to 2004. I wasn’t even old enough to be legally objectified yet. Luckily, that’s not where my dreams of being universally sexy and wanted ended. Jump to about summer of 2015. Jay and I are in a monogamous marriage. My battle with my own self led me to believe that I was fat, ugly, and used up. I had birthed and breastfed two children. Only Jay had seen me naked since long before that. I was convinced that I was repulsive.

Please believe that as a wonderful and loving husband, Jay tried relentlessly to tell me how sexy and beautiful he thought I was. My brain had me convinced that he was just lying to me because he loved me so there was more than physical attraction and his opinion was skewed by love. Did I mention this man is a saint?

Finally, sick of my shit, Jay tells me one day, “If I posted a picture of you on Reddit people would love it.” HAH! This man has done lost his marbles! Alright, I’ll take that bet sir and show you just how gross I am.

He found a wife sharing board and posted a picture. It did so well we posted another. Before I knew it, I was set up with my very own Reddit account and was actually gaining a following. It was around this time as well that we were talking things over and had decided to open our relationship up to include another woman as well.

I soon learned about Chaturbate and other camming services as well as boards on Reddit to sell items and promote your camming. As an exhibitionist, the prospect of having naked adult fun and getting paid for it was like meeting Jay all over again. Wet panties but with dollar sign eyes this time though.

I am a polyamorous, pansexual, swinger and I write about my life in and out the Lifestyle.

See all posts by Krysta Kurves →