by Timothy A Rowland 2 years ago in fiction
Report Story 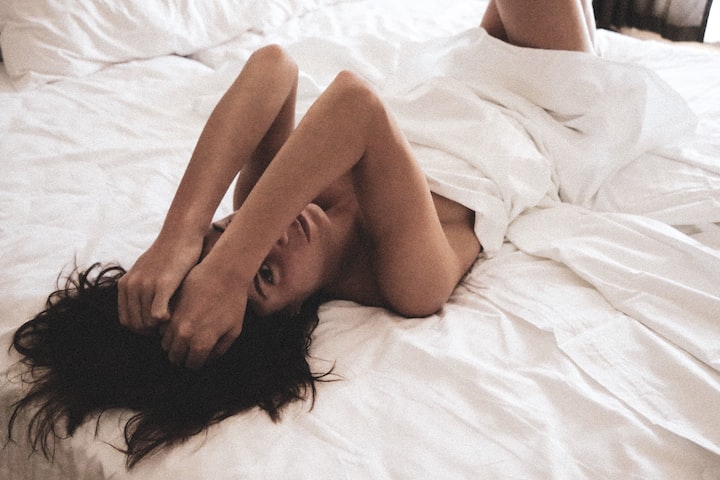 Photo by Jan Zhukov on Unsplash

His instructions had been clear, so she waited patiently there on the bed... her nude body shimmering in the light of the full moon pouring in through the window. Even without her sight she could tell she was in a motel room still. The distinct smell that most motels have was undeniable. The note had told her to drive to the Lake Side Motel and rent room 132. There she was to strip nude and lay blindfolded on the bed as she awaited his arrival. Already she could feel the tightening of her nipples and juices of her longing taunting her wickedly.

Moments later she heard the door open and man gasp in amazement. “I've been waiting for you, don't make me wait any longer, I beg you.” She was a little surprised to hear herself say those words, after all, she was the typical good girl. After telling her boyfriend she wanted to be more daring she had expected something a little crazy, but this had been a surprise for sure. A warm and strong hand began to make a slow trail up from her calf toward her now very hot and dripping feminine cove. As she began to speak again, she felt a finger pressed to her lips to silence her. Then as she reached out, her wrists were caught midway and pressed down to the bed. A smile swept her face as she thought to herself that, never before had she realized he was so strong. Though the strong hands that held her wrist had just as quickly released them, she did not dare take her hands from the bed above her head where he has placed them.

She jumped a little as soft kisses fell between her breast, moments before a mouth took her breast deep and a tongue began to tease her nipples. Already she could feel the heat and hardness of his excitement pressing lightly against her opening. She wanted so much to beg him to slide deep inside, but she dared not speak. Instead she gave soft moans as his kisses made their way downward from her breast to her abdomen. Finally, a hot wanting kiss fell atop her hardened clit and she felt the wave of pleasure shoot through her. No more time was taken for subtle teasing, as quickly her clit was trapped in a hot mouth and a feverish tongue began to abuse both her clit and the skin around it. She gave moans to his tongue’s assault but prayed it would never stop.

However, just as she began to feel the explosion inside her begin to make its way out... he stopped and she couldn't even feel his body near anymore. She sobbed heavily out load and opened her mouth to protest being left wanting... but before the words could come... she was grabbed by the legs and pulled down toward the foot of the bed...and onto his rock-hard excitement. She cried out as it sank quickly and deeply inside her, a mix of both pleasure and pain. With no hint of that tenderness she had just felt from him, her legs were thrown over his shoulders as he leaned forward and began to drive himself deeper and deeper inside of her with each thrust. There was no escaping his thrust as he pinned her to the bed and began to thrust harder and faster in an animalistic rage-style fuck. Her body had never been used this way and the brutality in which he continuously pounded into her scared her a little...but there was no denying that she could feel her own juices running down the checks of her ass as it was pulled into the air and she was forced to take each inch of him.

She laid breathing heavily on the bed and then heard the door to the room close a moment later. It had all happened so fast she hadn't had time to think about it all, but things were starting to occur to her now.... but.... nah...couldn't be, right? She shook the thoughts out, removed the blindfold and got to her feet. She got dressed and dialed her voicemail on her cell phone. As she walked out the door and turned to the see “room 123” on the door...she heard her boyfriend's voice saying, “I waited a little while at the room but you never showed. Hope you are okay...see you at home.” She smiled to herself and softly, but out loud said, “Yeah...I'm great.”

More stories from Timothy A Rowland and writers in Filthy and other communities.