by Dori Mondon 3 months ago in fetishes
Report Story

That time I was kind of a pimp. 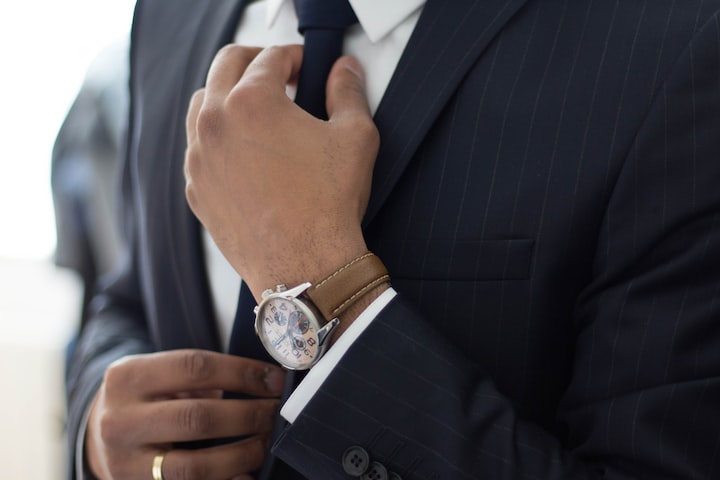 Photo by Ruthson Zimmerman on Unsplash

I was 28 or so, and the dot com bubble (round one) had begun to burst. I’d been freelancing for a few years at that point, and also venturing into some wild scenes, but life was about to take a dip in the weird realms.

My upstairs neighbor had a sister. She was sexy and smart, in the beginning years of law school, and she called me one day to see if I wanted a job.

I could hardly turn it down, and if a woman like her was doing it, surely I could too. The world of kink wasn’t my world, but it would be a fun one to observe, especially from such a distinct vantage point, and so I said yes to the receptionist job at a midtown Manhattan S&M dungeon.

The role of the “phone girl” was a bit of a melange: I was part receptionist, part office manager, part maid, part feigned innocence, part den mom and part pimp. It was my job to keep the studio clean, smooth dramas (no easy task) and make sure appointments got booked. Some days, women would come and sit around in the studio and wait for appointments while I described their physical and sadistic attributes; some days, I would frantically call phone number after phone number, looking for someone willing to drop everything to come and deliver some corporal punishment to the elder Englishman who always came straight from the airport to us.

I’m not sure what it was about Englishmen, though that could be a long, investigative piece all on its own. This one, in his sixties, perhaps, wanted only to be caned (NSFW). Typically, he would stand up against a wall in the hallway with his pants around his ankles, a beauty in fetish gear spanking him skillfully (as I learned, caning actually requires experience and technique so as to not bruise or otherwise mark someone, and to maintain the fine line between pleasure and pain). Hands up, cheek smashed against the wall, he’d moan and shriek “ooooooooh yes, cane that arse! CANE THAT ARSE!” as the rest of us sipped tea and looked on.

All in a day’s work, really. In the beginning, these things were shocking, and my shock, generally, as well as the client’s added shame and humiliation (yet another service you could pay for here), garnered additional tips. The women were making $250 an hour. I made $80 a shift, plus any tips I accrued, so when the shock eventually wore off, I got good at faking it.

To say it was interesting would be an understatement; I had few friends I could share my experiences with, however, at this operation owned and run by two women, ex-lovers and now business partners with a small legion of beautiful ladies willing to punish and tease for a price, and so I filed them away carefully, waiting for the day I finally felt safe enough to tell them. It would be nearly two decades.

Women did this work for a variety of reasons; while some were miserable or simply looking for a lot of cash in a short amount of time, some of them actually loved the job — it was part of who they were and they were really, really good at it, and it was always a relief to work with them because of this. They were stable and so, too, were their clients, generally wealthy high-powered businessmen with money to burn and a desire to have someone mind-fuck them properly.

Such was the case with the tall, half-Indian dom paying for college whose regular client was a VP at a very large, national financial institution; he was into public humiliation, which meant that when he was on his way, I needed to assemble a small crew of women to kick, mock, and otherwise berate him. I was welcome to participate, too, so as we awaited his arrival, I’d work myself up for the experience thinking of any annoyance I’d ever had with men in supervisory positions.

“Everyone, this is Phyllis. Tell Phyllis what a bad girl she is.”

“Phyllis” would be paraded past a line of alpha females like a dog, kicked, mocked, and smacked; sometimes fondled gently on the head until, surprise! Grabbed by the hair, head held tightly, while teases and insults were whispered into her face.

Eventually “Phyllis” would disappear back into the dungeon with her dom to finish the session and after an hour and a half or so, she would come out, lingerie straps falling off her shoulders, red patches on her butt. She’d take the walk of shame into the bathroom and exit, a man again in an expensive suit with a credit card held out to me, looking as if he could breathe again, like he could go back to work and fire his secretary.

But mostly, my job was boring and a little tedious, believe it or not. I'd answer the phone to "yeah, who's on tonight?" and then I'd have to sell her. "Yes, she's got great tits and a fantastic ass but no, she doesn't do that. You can beg her, maybe, bring extra cash. Oh, yes, she does do play piercing though." Additionally, a "house" (as we called it) full of alpha females domming for cash was perhaps one of the most exhausting environments I've ever been in, but it's not everyone who gets to say their Sunday night entailed a ballet dancer from Juilliard standing in front of them in latex and a strap-on casually asking if I had any chocolate.

Honestly, you’d think the more interesting stories would come from behind the dungeon doors, but despite the intensity of what went on in those rooms, the deeper reflections for me came from my time behind the desk — close enough, but still separate enough, to witness what was, in the end, one of the oddest stage plays I’ve had the pleasure of taking part in.

I'm all about "day in the life" stories of sex workers and the people that love (or work for) them, so if you've got one, feel free to share.

Dori Mondon fixes typos for a living. She is a non-traditional student at Smith College, majoring in American Studies with a focus on public history and creative writing. She currently lives in Northampton, Massachusetts with her 11-year-old daughter and a teeny chiweenie with a very big attitude.

I'm here to relate. Are you?

More stories from Dori Mondon and writers in Filthy and other communities.