Life on the Pole

by Shannahyah 2 years ago in industry
Report Story 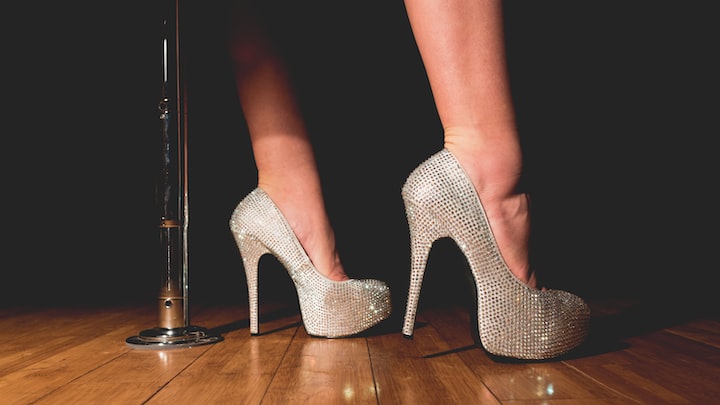 I wanted the money. I needed a quick way to live on my own and be a so-called independent woman. I was young but legal. And I wanted attention. So an older man I dated, knew the ins and outs of the sex entertainment industry. He talked me into trying out at a low-end strip club. They had amateur night every Thursday, so I prepared for my great debut that week. My man at the time took me to a woman's house where she had a closet full of various lingerie, exotic wear, and shoes. I was excited but incredibly nervous at the same time. I couldn't believe I was actually going to do this. I was shy to be naked on stage in front of a bunch of people I didn't know. I mean whether I was naked or not I've always been shy to be in front of crowds. And this was in front of a group of men. But I definitely was not a virgin and wasn't new to the sex industry. That is why I was willing to try this new journey. I wanted something different. Something that would make me rich and famous. Something that could give me more opportunities and get me stable. Something that would get me hated but admired.

I felt ready. I had been running around with my man all day in the streets as usual. He always just took me along as he hustled or visited his "fam". I listened and did whatever he said. I trusted him. I loved him. I knew he was there for me and would be able to protect me. He was perfectly fine with what I was about to engage in. That was just the life I was involved in. Now, I was about to make it. This was my time.

We walked in the club a little before 7 P.M. that night. The small club had a bar as soon as we walked in. There were already plenty of men there for the amatuer night. This was one of the clubs busier nights each week besides the weekends. My man introduced me to one of the managers. She was an older woman, in her early 30's. She was kinda short and very pretty. She had a nice shape as well. My man knew her and felt this would be a good place for me to start my career. She seemed very nice and walked me to the back of club as my man stayed by the bar. I followed her upstairs into a small dressing room. There were a few women getting ready including some amataeurs like me. The manager told me to go ahead and get ready . I walked over to the corner of the room and got dressed. My make up and hair was pretty much done already, so I just needed to put on the dress and shoes. I had chosen a see through short black dress and and black heels. The heels weren't too high because I didn't want to fall on stage. I was shaking so much from my nerves. Why didn't I have a drink before entering club? I was a wreck.

Okay. It was time. The bright colorful lights were flashing and moving throughout the club. The DJ was talking on the mic and all of us who were going to tryout, were lined up. This was actually happening, I thought. The crowd was cheering. The music was loud. The show had begun. Before I knew it, I heard, "Next on stage, "Crystal!" I was about to finally receive my desire for fortune and fame.

More stories from Shannahyah and writers in Filthy and other communities.