Soulmates find each other on vacation 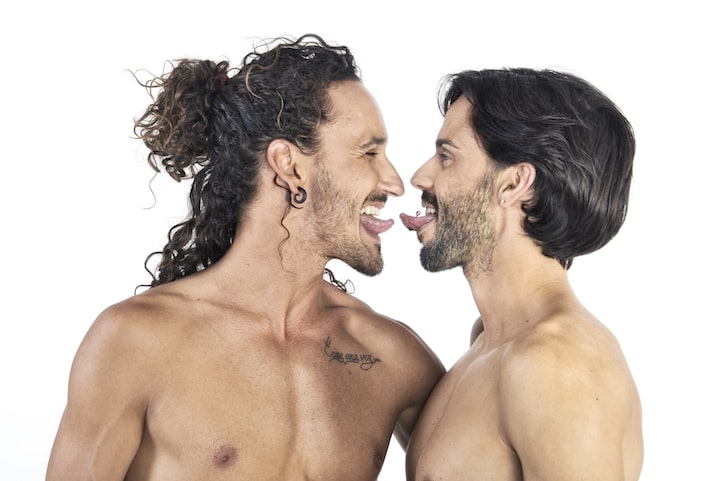 Photo by christian buehner on Unsplash

This story in set in an alternate universe (AU) where humans have a 'secondary gender' - also known as ABO dynamics. These secondary genders can release pheromones and likewise can also pick up on other smells that are emitted by others. They can use this to sense danger, arousal, happiness ect.

Beta - neutral gender. The most emotionally stable and level headed. Unable to pick up on scents anywhere near as well as alpha's and omega's

"You can do this Asher"

I slap my cheeks to try and calm myself down. I am currently in the bathroom of my hotel room looking at my reflection in the mirror and talking to myself. First sign of insanity apparently. I woke up feeling fine but as they day went on, I got more and more anxious about tonight's performance.

Don't ask my why - I don't know. If I did maybe I could stop being controlled by these stupid emotions. Beta's are supposed to be calm and collected. I shrug at myself in the mirror and sigh as I stare back at my own reflection. I notice how wide my eyes are, pupils dilated so only a small amount of ocean blue is showing.

I run my hands through my brown hair, causing my fringe to fall into my eyes and I huff, trying to blow it out of the way. I can feel my throat tightening as I think about needing to keep myself together for the show. I can't show this side of me to the boys - I don't want them thinking I'm delicate or anything.

I walk back to the bed to get dressed in a pair of black skinnies and a plain white shirt. I take deep breaths to try and calm myself down. I jump when I hear my phone start ringing and clutch the shirt over my chest, feeling my heart thud.

"For fucks sake Asher.. stop being so jumpy" I say to myself.

I huff out a small laugh as I pick up the phone. My heart rate picks up even more when I see Gideon's name pop up. I have had a crush on this guy since we started as a band. I consciously take a deep breath and let it out, relaxing my face before answering the phone.

I hear Gideon's wonderfully slow drawl come through the phone causing my body to react more than I gave it permission for.

"Hey Ash. Are you ready to go? We are waiting in the lobby already-"

"What!" I quickly pull my phone away to look at the time. Fuck!

I hear Gideon chuckle which brings a small smile to my face. I hang up and quickly grab my wallet and room key and rush out the door hearing it slam behind me. I make it to the lift and am suddenly engulfed in the small area as the doors close.

My heart rate is still high and my hands are feeling a bit clammy. I try to focus on the boringly appropriate lift music to calm myself down but alas, it wasn't working. My mind seems to be on overdrive.. bringing all my insecure thoughts out and displaying them in front of me.

I can feel my face heat up and tears start to well in my eyes. What the fuck! Why am I so friggin emotional?! I'm pulling at my hair again as I catch my reflection in the shiny wall of the lift and notice how dishevelled I look. I quickly run my hand through my hair to try and calm it and wipe my eyes on the inside of my shirt.

The lift dinged open and I ran out into the lobby. I rounded a corner and ran right into something very solid.

I fell flat on my arse - which hurt like a mother - and looked up to see what I had run into.. or rather who. Of course it had to Gideon, with his stupidly long legs clad in black skinnies and long hair falling in soft curls over his shoulders and his muscled body - it was like running into a brick wall.

"Stupid alpha genes" I mumble to myself.

"Shit Ash are you ok?" Gideon laughed as he bent down and offered me a hand up.

I glared up at him but put my hand in his and couldn't help but compare the size difference. My hand looked so small wrapped in his large warm hand. I could see the soft skin on his forearm and the veins on his arm and the flex of his bicep as he pulled me to my feet and oh my god I need to snap out of it!

I can feel my face flush as I look into his eyes. I've always had a weak spot for Gideon's emerald green eyes. They hold so much emotion, it's like looking into his soul. Right now they portray humour as he does his infamous one sided grin and runs his hand through his hair. I snap out of my innocent *cough* staring session when I hear him speak.

"I was just coming to check where you were, the boys are getting impatient"

"Sorry sorry I'm here now so lets go!" I crack a grin and run off in front of Gideon to where the boys were waiting.

I glance over my shoulder to see Gideon still standing there with his hand out, obviously a little shocked at my sudden departure. I could just imagine the small crease between his brows as he turns to start following me.

"Asher! What took you so long!" Clay yelled across the lobby in his heavy Australian accent.

Noah and Oliver turned as I stopped in front them, slightly out of breath. "Sorry mates - just lost track of time" I breathed out.

"All good Asher" Oliver claps me on the back with a grin and excitment twinkling in his dark brown eyes as he starts walking to the car waiting out front.

"VACATION TOMORROW!" I flinch a little as Clay yells at the top of his lungs, arms in the air and then proceeds to run out to the car, giggling as he pushes Oliver out of the way to jump in the limo first.

"Clay what the hell!" Oliver huffs.

I laugh as I follow with Noah, Gideon just behind us. Clay always manages to amuse us. He is the only omega in the group and he has asked to keep it a secret between the band. He isn't ready for everyone to know just yet. Male omegas aren't rare persay, but they do tend to be put in the spotlight for awhile. I slung an arm over his shoulder as I took the space next to him and ruffled his sandy blonde hair.

"Oi! That took me forever to style you brat!" We both ended up in a fit of giggles as he tried to mess up my hair in retaliation, turning into a mini wrestling match.

"Alright you two cut it out - I need to sit as well" We both freeze and look up at Gideon. He is crouched down in cab, his long hair falling over his strong shoulders and exuding effortless alpha vibes. Even as his friend I still feel slightly intimidated by him - not that I would EVER let him know.

He looks between me and Clay and I feel my breath hitch a little as he moves closer and uses his hands to push me and Clay over enough that he can plonk down in the seat next to me. We both end up falling onto him as we didn't yet have our balance.

"Sorry Gid" Clay laughs as he rights himself and moves to his seat.

I sit up as well and take a quick glance over to Gideon. He is looking down at me with an amused expression on his face, his green eyes twinkling and a shadow of his dimples showing. I barely register Noah shutting the door and the car taking off. I inhale and get a whiff of Harry cologne - a sort of musky cinnamon smell that I've never noticed before. He actually smells really good and I feel a sense of calm wash over me as I breath in more of the heavy air.

Luckily Noah broke me out of my reverie because it would be hard to explain, not to mention flat out embarrassing, if any of the boys caught on to what I was doing. Why was I doing that? As a Beta I've never been affected by another's scent before.. weird.

"You lads ready for tonight?" I snap my eyes to look at Noah's puppy dog face and big brown eyes. For an alpha he is very soft and gentle. I know he isn't, he could definitely hold his own but most would assume he was a beta like me and Oliver.

"Can't believe we get a week off after tonight" Oliver sighed.

We all loved performing and our small group of fans are amazing. But it was very tiring and we were all looking forward to just chilling for a while. I zone out as the boys start talking about what they want to do once we get to Hawaii. I feel my eyes starting to feel heavy, the lull of the car and the comforting smell of Gideon so close to me. I could be dreaming but I swear I feel him move a little bit closer, his scent getting a little bit stronger. I feel so content right now, no hint of the anxiety that was plaguing me earlier.

Of course that wouldn't last

Hadley writes about whatever sparks the creative seed that propagates down an unknown path. She has completed a Bachelor of Applied Science and is challenging her cognizance by studying Psychology because the mind is a fascinating thing.

More stories from Hadley Alice and writers in Filthy and other communities.