by Stephen Phillips 3 months ago in humanity

An addict's life includes the destination and the journey 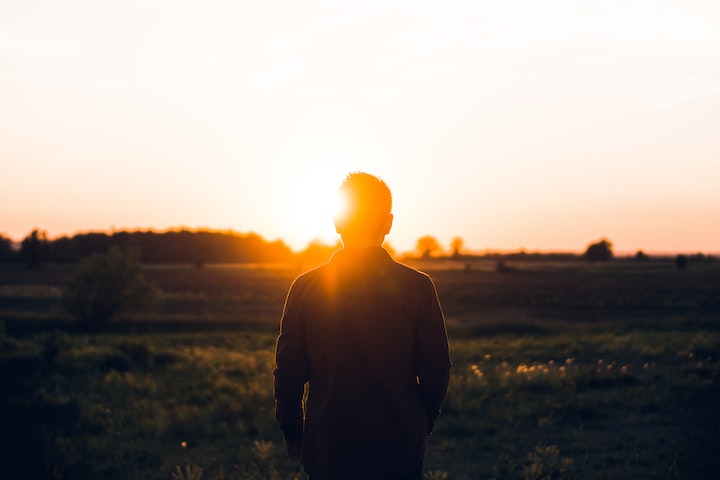 This is what I learned from giving in after 90 days. Not giving up of course, just remembering where I need to go.

I hadn't been connecting with my girlfriend when it happened. More specific, I hadn't been emotionally honest, and it was making me wonder if I was going to lose her.

I felt rejected when my flirty texts went unanswered that month, when she didn't touch me like I wanted, when she passed up opportunities for physical escalation that could lead to sex.

She knows that I'm an addict and loves me anyway. She adores me. She admittedly, just doesn't always have my drive.

Things came to a head when I cooked dinner for her on a Tuesday and threw a tantrum when she left without undressing me.

She explained she was on her period. When she got home, she texted, "I think maybe we should take a break."

The next morning, I woke up to two very big mistakes. The first was reading her message and thinking, I don't want to deal with this woman. The second was leaving my phone only inches from my cock.

I picked up the phone and within seconds began scrolling. I turned off my internet filter. I was speeding down into the depths.

I couldn't tell you what I looked at, only that I came and came and came some more. I forgot there would be so much of it. Three months is a long time to go without a porn-gasm.

I got up slowly and reached for a towel to wipe up. Afterward, I deleted my browser history, but the message from my girlfriend was still unread and blinking.

"What do you mean?" he asked, and I went on to elaborate on various F words. Not just fear, but failure. The two are intertwined historically, like Hamilton and Burr.

There's so much I fear in the life I've built. It's self-inflicted, the forever single or never having kids parts. Much of this has to do with never thinking I'm good enough. With focusing on making something of myself when I know I have boundless, ageless potential.

Within this, I'm resolved to failure. I close the book before I ever start to begin. Why do I feel like a loser just by having emotions? By cutting through them blatantly like a freestyler placing at the Olympics?

For me, the porn's not helping. I run to it instead of drawing from my deepest wells. It is the "weapon" I turn to instead of working things out with people, including myself. In this instance, I'm lucky I phoned a friend at all.

I breathed in and went for a walk. I took a shower. I didn't pull the trigger again on the metaphorical gun that's almost killed me.

The get back up

I even want to return to the woman I love if she'll have me. In the interim, I've jerked off to multiple women she pales in comparison to in mind, body and spirit.

Beyond pornography, there is still a thirst for life that's beating. It's there as long as I recognize it as my own.

For anyone on this path, the dopamine rush that pornography brings is difficult to diffuse. Now that I'm in recovery, the withdrawal is being replaced with shedding skin which, though uncomfortable, is preparing me for transformation.

Transforming toward a place I want to discover, but have been afraid to claim for myself. A journey to an ideal that is not about gaining milestones, but surrendering daily so that the set-backs are still human.

I want to accept that man. I just have to accept myself along the way.

More stories from Stephen Phillips and writers in Filthy and other communities.