How To Treat Your Unicorn

by Bee Tattersall about a month ago in how to

You've heard the term "unicorn" in reference to non-monogamous relationships. Now let's change the narrative, the term, and the treatment of your third. 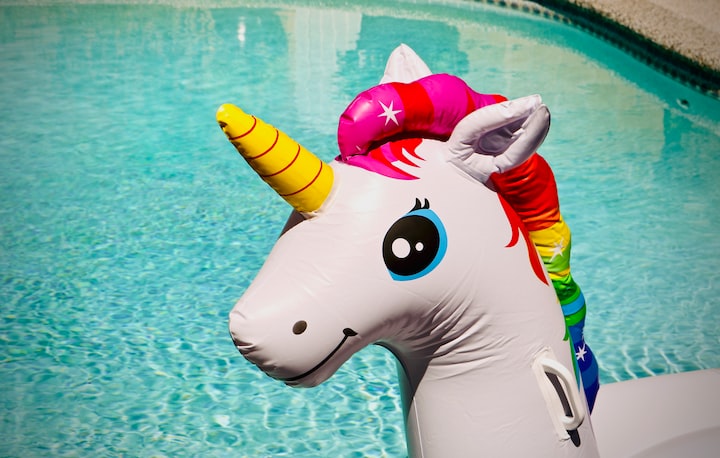 A unicorn is rare, mystical, and perceived as a myth. In the non-monogamous (or monogamous) community it's quite the same. This is a term (that can be derogatory) used to describe someone, usually femme, who joins a couple for a consensual ménage à trois. Generally it's monogamous-ish and heterosexual-ish couples look for a bisexual female for no-strings-attached, usually one-time-only sex.

This is not to say there aren't unicorns of all gender and sexual orientations, but this specific term is usually used in that circumstance. This is also my experience and what I will be talking about.

Unfortunately, many couples turn to various dating apps to attempt to find this rare and beautiful person who is willing to go out of their comfort zone to join an already merged couple. The unfortunate aspect of this is that these scourings can tend to come off as predatory online.

In my personal experience being asked to join couples as a third, the rules the couples decide on have (on MULTIPLE occasions) been dehumanizing and objectifying. Leaving me feel like a sex toy rather than an asset. After speaking with multiple people, I've found this is a common occurrence. Not only that, but the couples I've encountered don't think about the pre-sex aspects. Meeting for drinks, seeing if they and their third click, discussions on preferences. Bringing in a third isn't something to lightly consider. Unless you're willing to treat them like a sexual and play PARTNER instead of an inanimate object, work needs to be done in order to make space for something so rare, special, and complicated. You do not want to put your third in a position of feeling unwanted or uncomfortable.

Now, we'll discuss how not to treat your third. They are not an object, they are not a toy brought in for you and your partners pleasure solely. Many of the "rules" I've encountered involve things like: no kissing or intimacy aside from penetration with your unicorn, as well as no foreplay. This is dehumanizing not to mention uncomfortable. You cannot enter any type of non-monogamous relationship without proper confidence in yourself and your partner to enjoy yourselves without major insecurities. If these insecurities arise, you need to talk it out at nauseam before you involve someone else.

These type of rules leave plenty of space for your third to feel used and unappreciated. I recognize that this is not the intent of couples who come up with the rules, but unfortunately it's the reality. This stems from jealousy and being uncomfortable in your relationship. This is a concoction for disaster. Get to know your third, find out what they like.They deserve to have as much fun playing as you and your partner intend to.

You should be treating your unicorn as your priority. They have put themselves into a situation that's new for them. They have trusted the couple to accommodate them, not use them. (Side note: if the degrading and feeling of being used is a kink wanting to be explored, that is not what I'm talking about. If that's what you or your partners are into, by all means.)

Your third is still a human being, not a fantasy.

Discussion, discussion, discussion. This is the major key. Don't go in blindfolded and assume you can rub your genitals on your third and not have to put in work. They deserve the same safety, respect, and care that any other partner would want during a sexual experience. Even if just for one night, shower them with compliments, put their pleasure first. Doing these things will greatly enhance your experience as well. If they're turned on and comfortable, you and your partner will be turned on and comfortable.

Your unicorn is your priority. Treat them accordingly.

Here you’ll find chats about non-traditional relationship, abusive dynamics and how to recover from them, health advocacy, vintage ramble, and a whole lot of opinions. Enjoy!

See all posts by Bee Tattersall →