How Morning Sex is Changing My Marriage

by Michelle Brown 4 months ago in relationships
Report Story

Does the early bird really catch the worm? 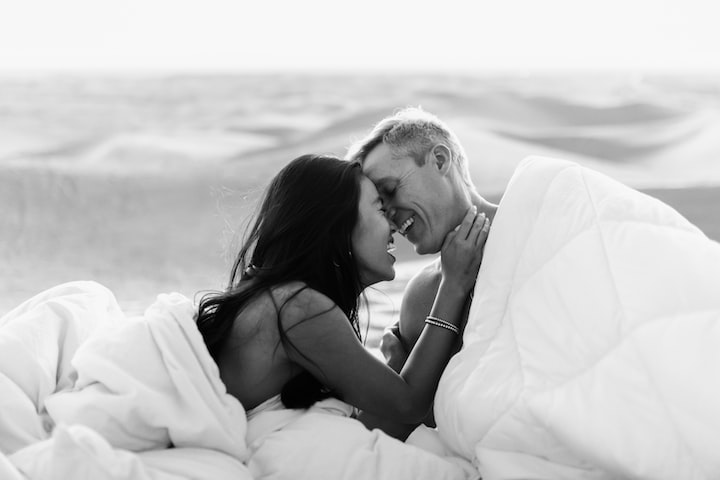 Photo by mimi lalaa on Unsplash

I’ve always disliked morning sex — and I’ve never quite understood why it’s “a thing" in general.

Bad morning breath alone is enough of a turn-off for me let alone stinky armpits and — stinky EVERYTHING.

My libido just isn’t there for me in the mornings. Never has been. It’s simply not awake or even close to raring to go until the afternoon or evening.

But within my marriage — this element of a sleepy libido has been an issue.

By the time my husband and I finally get in a bed — alone together — we’re absolutely exhausted. After taking care of all of our daily responsibilities including running a small business and spending time with our children, we are simply spent.

Sexual stimulation within a relationship doesn’t come easy after a long day of laboring through chores and responsibilities.

For me, personally, I need to be ‘in the mood’ — meaning I’ve had a little bit of unwinding time to refocus my mind from kids, computer work, dishes, and washing dirty underwear to a much different kind of dirty mindset.

Housework isn’t a turn-on for me. Kids jumping on me and farting on me isn’t a firestarter in the libido department for me either.

I need time to chill after all of those things. I need time to shrug off that feeling of just being a mom, maid, chef, and general go-to person who hasn’t even had a moment alone all day.

As a result of all this, nighttime sex often gets shoved to the wayside and when it does happen, one or both of us are distracted, wound up, or so focused on trying to be quiet (librarian sex!) that intercourse just isn’t as good as it could be.

So — one morning I decided to do something different. I decided to take some initiative and play around with the dreaded morning sex idea. I forced myself to get out of my comfort zone and give it a go.

I got up early while the kids were still sleeping, brushed my teeth, took my underwear off, and climbed back into bed with my husband to wake him up in a very unexpected way.

It took a minute, but he was pleasantly surprised by my unusual overture.

My sex drive wasn’t terribly strong at first, but the act of doing something new and the pleasing response from my husband was enough to start getting me in the mood.

And it was nice. Perhaps not completely fulfilling for me but there’s definitely potential there to warm up to this routine.

Another perk with the early morning sex is that the sun is barely rising and the kids are already asleep. It’s also a great way to get the heart and endorphins pumping for the rest of the day.

And, yes, it is difficult to wake up and get into the groove of morning sex when you’ve been in a deep sleep all night, but it’s also challenging to muster up the energy to connect sexually with your partner when you’re dead tired at night.

Morning sex is turning into a viable solution to connecting with my husband.

It’s something new, something different, and it’s my small way of letting my partner know that in the midst of being responsible, hard-working people and parents we can still find those little nuggets of time to be lovers again.

How Do We Forgive After An Affair?

More stories from Michelle Brown and writers in Filthy and other communities.