Until I Stumbled Upon This 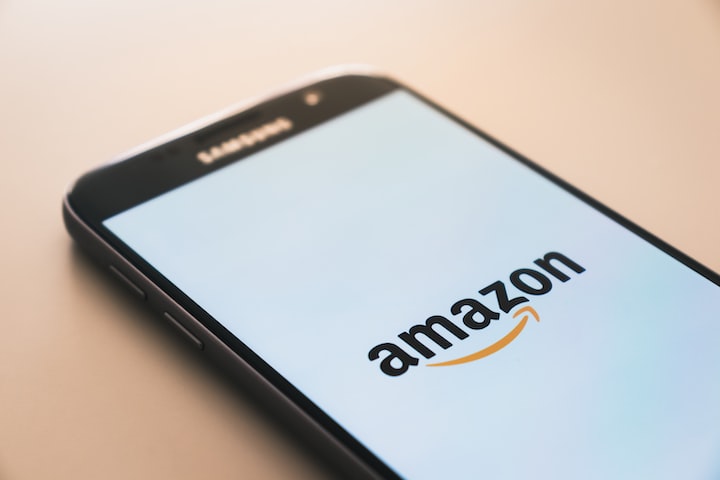 Once upon a time in land long ago like let’s say 2003-2004, I a young, sexually liberated woman loved sucking a good dick and I must say I was so good at it, I received many referrals. This was a different time, young reader, people weren’t eating ass yet and threesomes were still considered moderately taboo (that didn’t stop from participating in those either though).

Back to our original story, I sucked more than my fair share of dicks in my time. But then, I got old well not old but let’s say thirty. While most women are just beginning to be comfortable in their sexuality around that time, I was almost ready for retirement. I was like the early 2000s version of Samantha Jones from Sex and the City.

And even though my new dude could lay pipe like Exxon Mobil, I was tired of giving head. Tired of gagging on it (or pretending to in some cases), bored of the eye contact, the ball sucking, I mean it’s called a blow job for a good reason. It’s a shit ton of work. So I found myself at a bit of an impasse, I had gone from giving grade A blowies to more like D for done blowies. I was just so . . . Uninspired.

What is a Head Bitch In Charge to do when the tantric muses have abandoned her?

I didn’t know either. I found myself focusing on learning how to cook or reading very non-sexual topics like economics and it was as if my libido had left the building. For the record, I have always considered myself to be more inclined to the arts of a mistress (seduction, shopping, and dick sucking) than the pursuits of a wifely woman (grocery shopping, cleaning, for fucks sake I was asking advice about air fryers . . . How far I had fallen).

One day while sitting, debating the pros/cons of an air fryer vs an instant pot (I told you, times were bad), I get a text from my girl Becky. Now I haven’t told you all about Becky yet but Becky and I spent the summer of 2016 also known as the “Year of the Divorce” mainly because we were both getting a divorce, reclaiming our lost youth and clitorises, while smoking copious amount of weed, drinking cheap liquor, and having Peter the guy who lived down the street deliver the occasional 8-ball.

Becky even began a polyamorous relationship with a guy and his live-in primary girlfriend, we affectionately referred to him as “Blue Beard” because he had blue hair and a beard. How’s that for originality? I have no idea how we paid our bills those 90 days but damn we had a great time.

But alas all times of freedom must come to an end. Becky broke off her fling with Blue Beard and ended up taking up with Nick a black belt in Karate and hobo-sexual extraordinaire. I, on the other hand, had started up what I thought was going to be the perfect fuck boi situation with a man from my past only for us to fall in love. Becky and I kept in touch but she got a job at TJ Maxx and my new lover and I moved to Florida. It be like that sometimes.

So imagine my happiness in hearing from Becky. My homegirl. She could save me from the drudgery of pseudo-housewife dom. And she did.

Becky had stumbled upon a now defunct group on Facebook called “Gifting for Women”. The premise was simple. Make an amazon wishlist. Share it in the group. People buy you things off your list and you buy things off other people’s lists. And guess what? People actually did buy stuff for one another. But it was mainly kinda boring. Like dish towels or a spatula. This was a group for upstanding ladies (minus us).

It was fun for about a week or so when Becky and I had a great idea, what if we made our own group, but it have more adult items? Anything that would support the pursuit of pleasure. Our timing for starting our group was impeccable because shortly after the shutdowns due to CoVid-19 started as well as the first stimulus checks.

In case you were wondering, our group was one that was mentioned during the pandemic coverage of people buying sex toys instead of necessities during the pandemic. I even had someone get preachy in the group saying we should stop because people needed toilet paper. I told her, the band plays on. And so did we.

There was something about packages showing up everyday filled with all kinds of pleasurable goodies, fishnets, lingerie, lube, restraints, toys, and even a blowup doll for my partner (thanks Sarah and Mike lol) that gave me a new lease on life, well at least my vagina. I found myself sweeping the flood in nothing but red rhinestone fishnets while Matt was on a Zoom call for work until he yelled at me that we had already had sex twice that day and he couldn’t lose his job.

One thing was missing still. I still couldn’t find my passion for sucking the dick. I still did it but reluctantly and not very well.

Until, a package arrived from our amazon group. I do not remember who bought this for me, but I want to say it was my friend Alicia. I had sampled so many lubes and flavors in my attempt to suck dick with the vigor of my 20 year old self again but nothing did the trick. Alicia knew this and like a cock-goblin fairy godmother sent me this:

The lube life in chocolate mint. Reluctant due to so many products getting my hopes up only to have them let down again, I hesitantly put a drop on my index finger and placed the drop on my tongue.

I waited and waited for Matt to get home. As soon as he got in the door I jumped on him like a dog or small child. And drug him to the bedroom to try my new lube. I pulled his pants down and covered his crotch with Lube Life Chocolate Mint like it was an ice cream sundae and proceeded to lick and suck like I was trying to open an Only Fans account to pay the mortgage.

It was if I had found the empty tomb of Christ. I told everyone about this lube. I posted about it in the group, everyone bought their own and concurred although there was a schism over which flavor was superior, watermelon or chocolate mint, but I was the Pope of Penis in that group so I put my foot down and declared chocolate mint the favorite.

So if you like me, are going through a time where you feel your head game is lacking, or if you are a man who just can’t seem to get down with going down there, this lube is for you.