by Lana Ridlon 15 days ago in humanity 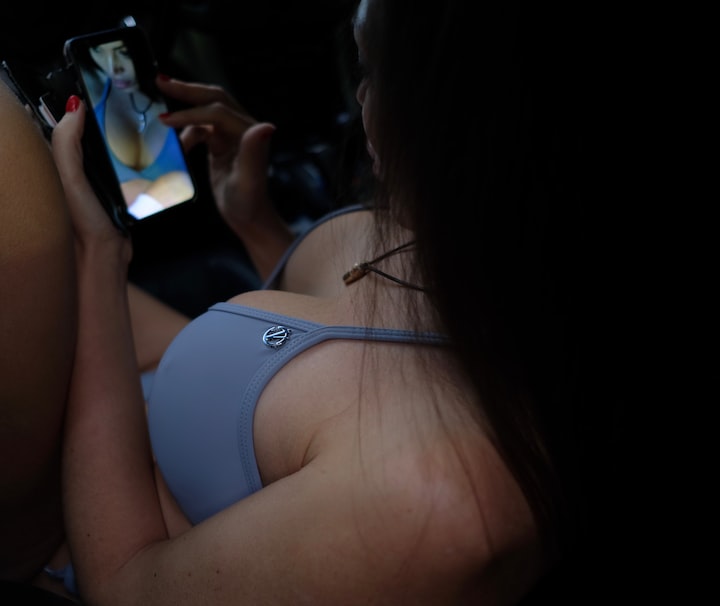 Photo by Igor Starkov on Unsplash

When I reached the bathroom I see a yellowish gluey liquid on my hand it smelled so bad. I started seeing it's texture from my right hands index finger and thumb. After all the examination😂 I washed my hand and came outside of the bathroom. I felt like I did the most heroic thing.

So again i went to my friends house told him about my experience he was like wah wah. That went on for a long time I even started fantasizing My neighbours😂

So that was it now let's move on to my first sex that happened just after 6-8 months of this incident.

I was 13 and I had a very good amount of friends cause all of them like my sense of humour I also started going out with them for movies and parties. We all where the students of DPS (Delhi Public School) and also lived in the same residential area so it was usual for us to hangout.

One fine day my parents tell me that they are going out for a weekend for some work so I'll have to stay alone for a weekend I was like cool let's do it. I really like a girl called Tanya (not her actual name it's just to make you all understand) she was my classmate and I really had a crush on her so on the same evening I asked her if she was free on the weekend and could join me for a movie she liked the idea and said yes i was freaking excited

So finally the day is here it's Saturday and my parents left early in the morning. So I called Tanya to ask if she is coming or not so I called her in the evening at 5 or 6. She said “Sorry dude I'll not be coming cause I'm going out with my parents for a function but my elder sister can come” I was like okay

Her elder sister was 16 at that time I usually called her didi at that time her name was Megha (not her real name) she was just fucking hot I always used to keep thinking about her as in I always wanted my girlfriend to be like her.

So finally she reached my house at 8 or 9 in the evening I was like so didi let's start she's like you don't need to call me didi you can call me by my name. So we started a movie which had alot of nude scenes (that was intentionally selected and downloaded by me 😂😂) she was blushing and looking at me. The movie ended and then I asked her if she can sleepover cause I'm alone.

So she was cool with the idea. So then we started talking about the movie so she was like have you done this stuff or do you know any of these so I was like no. I took a break I went to the washroom but when I came back I see that her top is off she's laying on the bed only with her bra on. I started feeling nervous and I then asked her if she was feeling hot or should I turn down the ac's temperature.

She told no you just come and lay down. She then kept her hand on my hand and then she she moved closer to me my tool got erected. She then told me to calm down and do what I say. Then started pressing her boobs hard like my right hand was pressing her boobs hard and my left hands were my vagina rubbing her wet pussy she was moaning loud and she then removed my clothes then she told me that she was having a condom handy I actually had no idea about what an condom actually felt

Finally she was reaching her point. Her belly was in air she was breathing heavily and I was ramming her pussy hard after a few more minutes I hear “Ahhhhh Ohhhh Yesss" “Ohhhh Yesss OhhhhYesss” she finally came it was all wet down there we both where breathing heavily Still smooching each other and thanking and saying love you love you

We then went for a bath together we were so much into each other body that the only thing we were doing is touching each other like mads.

After the bath we both went to sleep cuddling the whole night like I just fell in love with her. In the morning when we woke up she kissed me on my forehead and said love you kid you were good.

It went on for a while with megha but after my dad's transfer we shifted to another state at starting it was a bit hard but I initially managed.

Thanks for reading my story of my firsts