by John Oliver Smith 21 days ago in comedy

The results of changing famous lines in movies 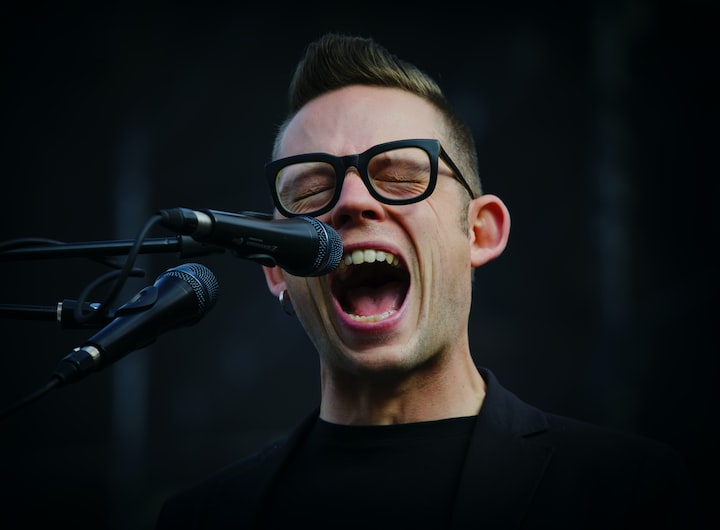 I have played around with different careers and roles in my life. I have been a farmer, raising hogs and chickens and growing grain crops. I have been a presenter and a director in a Science Centre. I have hosted my own radio show and, in fact, got married “on the air” in an attempt to allow more people to attend the ceremony and, to cut down on costs, of course. I have been teacher for over 30 years and I have been a student for another 20. During the time I was teaching, I decided to do something to help perfect my craft. I decided to enroll in a Stand-Up Comedy course offered by a near-by College. I felt that if I could stand in front of an audience and bare my soul by telling jokes and stories, I would somehow be more natural and entertaining in my day job of teaching. One of the exercises that my fellow students and I had to complete was to take lines from any movie and change them in a way that would turn the film into a comedy of sorts. Whatever genre the movie started out as, it would now become a comedy because of our line changes. My attempts at this assignment are offered below. I do believe, however, that the changes appear much funnier, if indeed, the reader has previously viewed the film in question. Regardless, read on, and hopefully enjoy.

1. Don Corleone in the movie The Godfather, was famous for making offers that his clients could not refuse. How would the film have changed if his offers had been dark chocolate fudge brownies instead? Would it still have won the Oscar for Best Picture? “My friend, I would like to make you a pan of dark chocolate fudge brownies that you can’t refuse.” To which his partners may have replied, “OK, you got me – you’re right. I cannot refuse a pan of your brownies. I will do what you want. I can break the law for that and begin a life of crime. That is just a sacrifice I will have to make.”

2. Scarface was always trying to get people to “Say Hello to his little friend.” Would it have taken the edge off of Pacino's character if instead, his little friend had been his 93-year-old grandmother? The conversation may have gone something like this. “Fuck right off you fucking little fuck, why don’t you just say hello to my little grandmother, who, by the fucking way is 93 fucking years old. And, I don’t want to hear any fucking bad language around her either so fuck right fucking off you little fucked fuck.”

3. In City Slickers, Mitch the Kid (played by Billy Crystal) asks Trail Boss Curly (played by Jack Pallance), “Good morning Curly, have you killed anyone today?” And to which he replies, “The day ain’t over yet!” Let’s change the question to. “Good morning Curly, have you had a shower today?” And to which he replies, “Fuck you, you fucking fuck. Say hello to my little grandmother.”

5. In Love Story, Ryan O’Neal and Ali McGraw repeatedly state that, “True Love means never having to say you’re sorry.” Perhaps the line could be altered each time it is delivered so that you get a different vibe here and there throughout the movie. Like the first time it could be, “True love means being able to brush your teeth at the bathroom sink while your wife is taking a shit on the toilet.” Next time it could go, “True love means that when your husband gets bitten on the asshole by a poisonous snake, you will not hesitate in sucking the venom out of the wound.” The last time the line appears in the movie it could be like, “True love means never feeling repulsed by having your partner get really, really drunk and then puking in your mouth when you go to kiss good night.”

6. Kill Bill – One of the famous monologues in Kill Bill 2 was just before Bill was killed and he compared Beatrix Kiddo to Superman in the sense that she would never be able to change her spots and be anything other than a killer. The monologue could be changed to, "As you know, I’m quite keen on comic books; except for the ones at the bottom of my bird’s cage. I find the whole aroma surrounding bird shit absolutely disgusting. Take my friend’s pet buzzard – not a great looking bird, not particularly pleasant to be around – and the smell, the smell of his shit is not only unpleasant it is revolting. Now a staple of the smell of avian feces is the chalky odor that comes from the fact that birds don’t piss and all that extra calcium carbonate that they don’t use up when they go to manufacture the shells on their eggs gets transported down to their cloaca and then expelled when they crap. Chicken crap is greyish white, robin crap is blueish. When a robin wakes up in the morning, he shits blue. He has to eat earthworms in copper laden soil to lay blue eggs. And that’s where the buzzard stands alone. When buzzard wakes up in the morning, he shits big time. The color of his shit is whatever delightful hue he would like it to be. His feathers – well that’s the appearance he likes to portray because he is just plain mean. He ain’t fooling nobody. What robins and ducks and bluebirds wear, that’s the farce. They wear those beautiful colors to try to fool us all into thinking that their shit don’t stink. But it does. It does stink. And, just how bad does it stink? Well, it smells like sewer and garbage and partially digested earthworms. Stinky bird crap is the buzzard’s truthful and legitimate way of telling everybody that he is human just like the rest of us." Some people might think that was funny, but it does sort of take the film in a different direction - granted, you have a point!

8. Star Trek - So, we are all familiar to the opening introduction to Star Trek television programs and movies - let's now change that slightly to, “Weyburn, Saskatchewan, the final frontier . . . these are the voyages of the Greyhound Bus Company. It’s mission – not to fuck up again before we get to the border.” Of course, you might actually have to be from Weyburn, Saskatchewan (Canada), to actually see the humor in this one. Oh well, I guess you can't blame a guy for trying.

And there you have it. It’s always something. If it’s not one thing it’s another. Sometimes it’s funnier when you say it to yourself and sometimes you just gotta be there!!!!