by Timothy A Rowland 4 months ago in how to

Real Talk From a Man 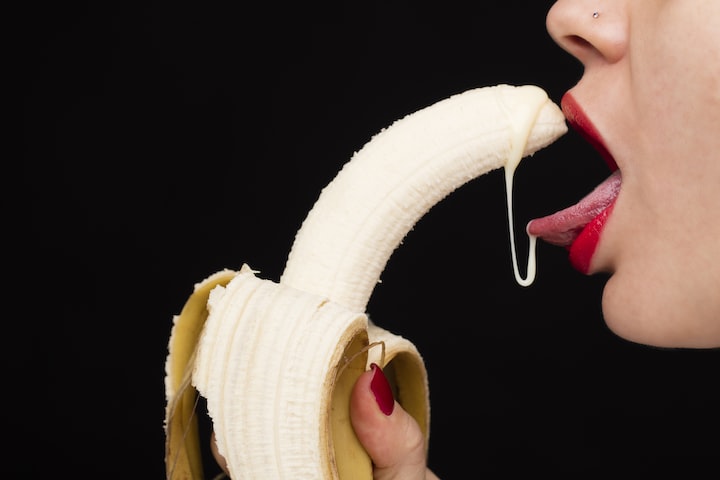 Photo by Deon Black on Unsplash

Misconception of What Men Want from Oral Sex

The misconception that most women have is that men want oral sex to be like it is adult movies or something similar to that. Yes, there are a lot of men who prefer to have it done in a bit of a rougher and dominating way. If your man is one of those people, then you have to decide what that says about him and your relationship in the bedroom. However; most men love receiving oral sex on more levels than you realize. Truth be told, they probably enjoy it on more levels than even they realize too. The same factor comes in to play for both men and women as they choose to go down on their partner. First, they choose to; which speaks to a desire and want to please the other person. Wanting to give to another person is a powerful thing all on its own.

The unspoken and often unrealized factor that plays an emotional part in this act is that it shows a sense of allowing yourself to be vulnerable to your partner. I would dare even say that oral sex is more intimate and personal than even penetrative sex is. Though, penetrative sex is incredibly intimate and personal- as well as vulnerable- as well.

How He Sees You During and After the Act

Another misconception or perhaps a wonderment for some women pertains to how the man may see her both during and after she has granted this intimacy to him. Many worry that he will see her as less or that he will see her more as something he “has” or even ‘owns.” Though it is true that we all have that naughty and “dirty” side that likes to playfully say and act in these types of scenarios, if you have a man worth keeping, he does not truly see you this way. Many who do will also view it as though he owns you and you own him in a sense. Not in a dangerous or truly possessive way, just as a being together and taking ownership and responsibility for one another. To put it in terms of a more sexual and playful nature… he is an animal in bed, but only for you. He sees you as a vixen, but only for him. There is an intimacy and power in even the thought or knowing of that. It speaks- again- to a willingness to be vulnerable and fully open with your partner. Even the densest man can understand that message.

Let’s Get a Little More Detailed About This Now

Okay, this is the part that some of you probably clicked on this post for. Let’s talk about the actual details and advice that I can give you when it comes to going down and giving that special mouth hug or whatever you choose to call it. Yes, the act itself. Let’s talk about the act itself and how to make it better. At the very least, let’s clear up a few things that are important to remember.

Firstly, I am going to assume that if you are reading this post, then you already know the basics of what a blowjob is and how to go about it. Everyone says that the first rule of giving a blowjob is, “no teeth.” Well, truth is, there are guys who actually like a little bit of teeth being used. Don’t bite him real hard there… that may end badly for both of you. After all, if you break it, you can’t play with it. Don’t do that. But, for some men, barely scraping your teeth on the skin may be a welcome sensation. This comes down to how sharp your teeth are and how your technique makes it feel. Another factor, though it should be rather obvious, is how erect he is when you are doing this. If he is at all still soft, you are far more likely to catch looser skin with your teeth and cause real pain. If he is fully erect though, then you may be able to give him the sensation without the pain that comes with it. This goes along with actually trapping the head of his manhood between your teeth. Not biting it… trapping it. Trap the head of his erect manhood gently and softly between your teeth, and use your tongue to tease the head while it is trapped. The sensation of direct teasing, while not being able to move… that can be a winner for a lot of guys.

Two key elements to keep in mind are that speed and position do matter. Just like with penetration, the speed you go at makes a difference and so does the position of your bodies. If you only go down on him while he is sitting down every time, then one small part of the spark is gone from the experience. There is no variety and different factor to trigger his arousal. This is on top of the sensation you are giving him of course. Variety is a great thing for us men too. Now, don’t misunderstand me after reading that. There is still one core act and technique to a blowjob and when you try to stray from it for too long. the entire sensation and experience starts winding down in tiny increments for us. If you are not keeping it in your mouth for the majority of the time… it’s not a blowjob… it’s teasing. Still great and fun, but not the same thing. This is made even worse when you give us dirty looks or worse because we are obvious about losing something at that moment. That makes us feel like you are accusing us of being ungrateful or being horrible, just for wishing you hadn’t stopped what you were doing.

Our Lost Boys and a Helping Hand

Well, we can’t discuss this without talking about two more things. The ugliest part of a man’s anatomy is probably his balls. Even we men know this is true. However; you will get a much bigger and stronger reaction from him if you pay attention to them while you are down there (or not down there really) and are willing to show them some love too. Now, how you show them love also matters a great deal when it comes to if you are enhancing his experience, or scaring the crap out of him. For most men, no matter if it is your hand or your mouth, when it comes to his balls… less is more. Not less often… less pressure. Don’t test out your lungs ability to suck them in… that hurts. Also, yes, we do like the teasing with your tongue, just remember that what goes up must come down. Remember that moving them around at a fast or hard pace still equals a degree of impact on them. On top of all this… it can make a man very, very, very nervous while you have a hold of them. A man being that nervous during sexy time is a bad thing. His body goes from ready to on guard.

The last thing I will talk about in this post is that a “helping hand” is always a good thing. Not the entire time, but if your man has more than three or four inches down there, then be sure to use your hand at the same time as your mouth. To be rather blunt about it, this is also a great way to stop him from trying to push himself down your throat. If your hand is wrapped around his manhood then a tight squeeze along with the extra distance before touching his waist… that helps. Using your hand at the same time as your mouth is the equivalent of us using our tongue and fingers at the same time. It just makes it better and more intense, if you don’t do it the whole time, but do it for a while. Mix it up and read his body the way that he is hopefully reading yours when he goes down on you. If he needs help in that area then have him read two of my post. He can read either “Pussy Eating Advice” or “Pussy Eating 101” and hopefully he will learn something.

To wrap up this advice post, I will say that the most important thing is that you go down on your man when he isn’t expecting it and without him asking. Yes, it’s a great and sexy surprise and it give him that shock factor that makes it even more exciting. However; it also loudly proclaims to him that you still desire him and that you still actually “want” him… not just going through the motions when he has to ask. He doesn’t want you to be willing to go down on him. He doesn’t want you to be willing to sleep with him. He is looking for you to want to go down on him. He wants you to want to sleep with him. In other words, he wants you to want him. No matter how obvious it is to you that you want him… assume that he doesn’t realize or know that. We men sometimes only catch on to the more obvious when it comes to the deeper wanting, we get. We know how we feel about our women, though some men don’t know how to express it and every man may express it differently, but when it comes to understanding how you feel about us, we need it to be unquestionable and obvious. Anyway, thank you for reading and I doubt this is the last time I will post about this type of topic.