by Timothy A Rowland 8 months ago in how to 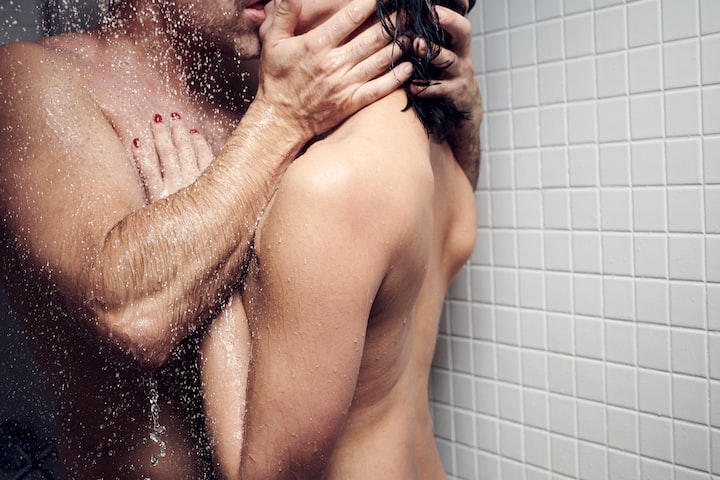 People don't often stop to think that "sex" and "intercourse" are actually two different things. You want an all night long sex marathon; which is not only possible, but a hell of a lot of fun. However; let's be realistic here, you are not likely to withstand having actual intercourse all night long. Both of you would be so raw half way through it that it would ruin any fun or passion you may have had at the start.

As I said though; having all night long is more than possible. Sex includes the total exploration of each other and, of course; oral sex. I'm sure you realize that you don't want to spend the entire night concentrating only on your lover's genitals... that is going to end badly for both of you. Your lover is a whole body and not just a set of sex organs.

If you plan an all-nighter in advance (which you should) then be sure you are also not in a rush to get things started. Generally, part of the point of this plan is that you can take your time and really melt into each other. On that note; make sure that you are not going to be interrupted in any way. Lock the doors, shut off your cell phones, turn off the computers and iPads. No distractions... just the two of you. Unless you are going to make a romantic movie part of your all-night experience; turn off the television too. Usually a good idea to leave something on though that is capable of putting out music...just saying.

Getting Into the Fun

Spend a lot of time simply holding each other skin to skin. Lightly caress each other as you lay there. Your body needs a break and sometimes, even your mind and ears. Yes, I'm saying that as you lay nude together; you don't always have to talk either. Talking can be very sexy and will surely build and strengthen your relationship (if you talk about the right things) but sometimes it's best to just lay clinging to one another with no words or sounds to crowd the air.

Men; when laying nude together, try not to let your hands spend all their time massaging her breasts; especially her nipples. I know, it's tempting as hell isn't it? I agree, but if you keep doing it and don't realize how long you've been doing it; you may cause her to go from experiencing a pleasant sensation; to a pain-filled or uncomfortable sensation in her nipples. Over stimulating her clitoris can cause it to become uncomfortable or painful too. So, keep that in mind.

Ladies; it takes a lot longer but just like you; we can get a little sore and uncomfortable with too much friction. A lot of women think as long as you keep it wet, a man's “soldier” will remain happy with stroking or rubbing... afraid not. Eventually, we get sore too. If you break it; you can't play with it. That statement goes for both genders.

A great concept to remember is that just because you are not having intercourse at the moment; doesn't mean you have to separate your bodies either. Ideally, this moment would be at the end of intercourse. The man can remain inside of her, or even re-enter her, and you both simply hold tight to each other. Yes, after a short while he will probably go back to being soft and will slip out; but you will have that moment and can always keep holding tight as you rest against the other person. Kiss their lips, their neck, and their shoulders and lightly graze your fingertips over the skin of their back or wherever you can reach. Touching is a passionate gesture at any time during intimacy.

Laughter and playful acts are certainly a part of sex and passion; so, don't forget to be silly sometimes too in bed. Between sessions of intercourse; it's often great and romantic to just be silly and make each other laugh. Of course you want to keep it a playful thing and not an awkward or gross moment. Tickle them or even blow on their belly so it makes that funny sound. Laughing releases endorphins just like sex does. Just another form of pleasure to share all night long.

Lastly; I want to remind you; try to change positions throughout the night... not throughout the hour. See how many positions you can enjoy before the end of the night comes and you both fall asleep; but, don't try changing positions every five or ten minutes. Give the current position time to work its magic. You should settle in to the feel and both the motion and emotion of each position before changing to a new one.

Plan an all night long sex; but be realistic about how it will go and at what point... too much, is too much. Also, a little small detail I would suggest; it's a good idea to make sure the night concludes with a shower. Well, I'll leave you to it. Have fun.