All I Will Ever Be 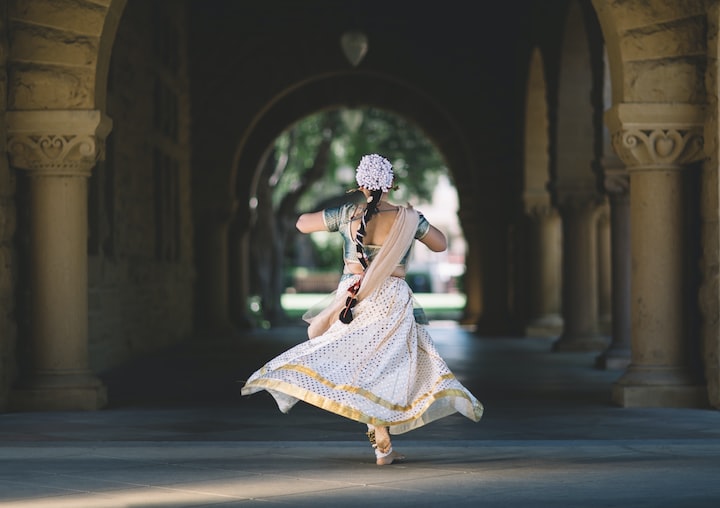 Photo by Saksham Gangwar on Unsplash

"You will be better off having chosen her and yet you will still perish from this life with my name as the last thing to trace your wretched lips. Mark my words, you shall," The ice, how it seemed to creep from lips so rigid with a cruelty that they almost seemed frozen into a wicked smirk. And, yet, for all the odd and roughness to the air, Asani did nothing more but spin about-face, her heels making way away from him as he began to contest at her back.

"You don't know what you're asking. It's better this way." She didn't flinch, but felt the sudden imprint of his fingers as they clutched about her wrist. With a quick yank, he pulled her arm to a stop.

"You can't go like this. I haven't chosen her. She's the one who won't let me be," his words seemed steady but rushed. Blue eyes lifted to graze hers with a ferocity she felt bore through her very soul. A quaking from the core of her body transpired then and with-it a rising and obvious shuddering that he noticed immediately, "Oh, see, my darling, how your body responds to me?"

Amber irises fluttered away from him, a deep inhalation of breath drawing air to quickly fill her lungs as her voice abruptly fled her in a tone so fierce it rivaled a demonic song at the height of crescendo, "Let. Fucking. Go..."

"No..." His refusal. It was far too much for her to bear, and the moment it was muttered, Asani knew she had no choice. Instantly, her eyes flooded into the black onyx of her most bestial state, flesh seeming to tear from her resplendent features producing an eerily strange sound, like sinew ripping as her human mask faded. Elongated canines, slid to replace her pearly teeth, and with a quick whip of the neck, Asani shed her human skin as the dress she wore tore from her flesh. Mucous, already it dripped from the opening of her lips, but no longer did they curve in sweet beckoning for by now her face nowhere near recognizable as the monstrous hammerhead fan of her hybridism had taken its place. Completely nude now, her gender was indecipherable but the bluish hue of her wormy flesh radiated with a glistening sheen, and it now began to collect in wrapping coil as she snapped her tail end toward his arm. Now, she began her constricting movements, drawing her prey as close as ever as pitch-black irises peered down upon him,

“Oh, my fucking God!” he shrieked, arms slapping to his sides as she further wrapped him in her embrace. Wide mouth parted then, saliva dripping from her jaws as she lifted his body from the ground,

“Asani, what…what are you?” he cried aloud.

Suddenly, she flicked her tail, releasing him into a spin as he found himself thrust away from her. In seconds a loud thud resonated through the alley as his body came to a crashing rest on the asphalt. As blackened eyes watched him land she found herself realizing he had been rendered unconscious from the sheer force of it. And just as well, as her body returned to natural state she tilted her head even as she stood in stark nudity for any onlooker to see, and a solitary tear slid down her tanned cheek; it was truly all she could give to him.