Just wish upon a star 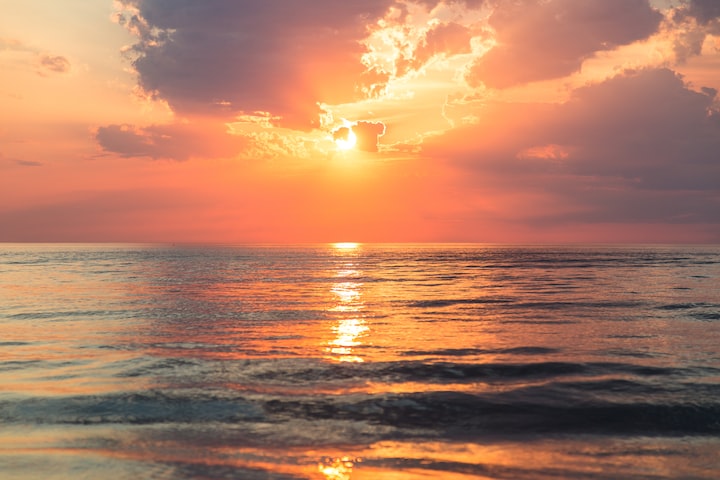 Photo by Sebastien Gabriel on Unsplash

“Jayne, I have an idea - I'd like to write a story about what's happening to you. I've mentioned that I joined this online writing group called Vocal and they encourage writers with many challenging contests. I would love to include your transformation into a story. Would you mind if I did?”

“Mmmm - nope, I think it's a great idea we can both learn a lot.” Slipping into the shoulder harness the pilot was holding up for her, Jayne adjusted the straps on her parachute, good and tight. Jayne’s brother had given her a gift certificate for a lesson in skydiving. Ben, two years older, started the idea of their annual outlandish birthday gifts and the art of one upping each other. This one surpassed all the others.

They climbed into the Cessna Super Grand taking their seats. Ben was going along for the ride. Jessie's face was a little pale and her breath was quick and uneven. The plane took off and shot up into the sky.

“You’ll be fine, we’ll jump together holding hands until it's time to pull the ripcord.”

The plane was nearing 3000 feet when it was time to jump.. the thought of jumping out of a plane and falling for as long as possible before opening the chute had never been one of Jaynes burning desires. But somehow with her recent shift in consciousness this seemed like the next best step. Ben thought it would be a fun way to explore her Captain Marvel urges. Jayne was excited and liked the idea a whole lot. Jessie...didn't like it much at all.

Jayne never did anything life-altering without Jessie being there, so she bought her best friend a ticket, much to Jess’s dismay but her protests were lost when Jayne declared she had to do this, and she couldn't do it without her best friend - so Jess conceded. It had been this way since first grade when they met. Even through Jayne’s unfortunate marriage to that rude asshole, Joe--watching her brilliance diminish--unable to do anything but be there for her. They remained best friends.

“Are you ready to jump?” Jayne shouted.

“Not really. Give me your hand.” Jessie felt around for the ripcord pull to make sure it was still there and she could readily find it again. The instructor opened the door and with a few last words of instructions watched them jump.

“Ahhhhhhhhhhyeeeee....” synchronized screams as they fell. Jayne closed her eyes concentrating on the freedom she felt flying through what Jerome referred to as the transparent veils of creation. Trying to recall his words about capturing those super powers earned with surrender. She only had 45 seconds to cement this sensation. She closed her eyes spread her arms and opened her conscious mind so she could recall it whenever she wished. ‘Own it - Do it - Be it’ she repeated the mantra to herself. The only thought running through Jessie's mind was landing the way the instructor showed her without tripping and being dragged until bloody and unconscious.

On the way home, Jayne was talking nonstop about how exhilarating the jump was. All Jessie wanted was to get home - into a hot bath and eat copious amounts of ice cream. She drove up to Jessie's hilltop home in Topanga Canyon and dropped the two off. “Bye guys, thanks for the great day, call you tomorrow to discuss our story.” they hugged - Jayne promised she would try to have another dream for her story.

Ben waved good bye and got into his BMW rushing to get to his dinner date. “Oh hey Mom wants you to call her.” “Ok I will. Are you sure you can't come in for a coffee?” He waved and said, “Maybe another time, I gotta hot date, did you like your gift? Ben asked. “Of course I did, it was perfect, now I have to think of what I’ll do for you.” She kissed his cheek and he drove off.

The sun was sliding into the ocean and the sky lit up in bold salmon-colors with dark purple clouds edged in gold. Gorgeous, the lights along the coast were breathtaking her perspective had changed so drastically since that encounter with Jerome. Everything took on a fresh new luster. The dark cloud was no longer a shadow covering her heart.

Later that night after some leftover chicken Alfredo, she lit a couple of candles and a joss stick to help get her in a meditative mood. She...more than any one wanted to get to the root of this extreme revelation. Thinking about today's exhilarating rush, she never before felt this empowered. she imagined herself as being Captain of her own life - brandishing Marvel’s magicial powers and fell asleep thinking about it.

Several hours later she woke up. The room was filled with lavender light, not quite dawn, no sun coming up, it was a little eerie. She was no longer in her bed but on a sandy beach with a golden colored ocean spreading out to infinity.

“Where am I?” A distant figure dressed in white was walking toward her, it was Jerome. He held up his hand in greeting and a smile that shown through to his shocking blue eyes. Jayne felt her knees buckle. He was literally glowing. “Oh can you show me how to do that?”

“Do what?” Jerome asked as he took her arm in his. “Is...is this happening? I mean really, you just showing up in my dream.”

“Are you sure this is a dream? His reassuring smile made any question or doubt fall away. Jayne was fully in a receptive mode. She even felt herself starting to glow, the feeling was a combinatīon of a fire just above her skin and her mind full of nothingness. It was a queer sensation, but very pleasant. She felt invigorated - able to do anything her psyche could conjure.

They walked along the sand for a while letting the water dip their feet in gold. They came upon a small rowboat big enough for two, it was carved from a huge piece of clear crystal, and emanated a powerful energy. “Look at this.” Jayne blurted out “It's magical.” Jerome took her hand helping her into the unique craft. It reflected the pale lavender sky and the undulating gold of the ocean into a tie-dye montage of colors from intensely deep to pastel, all swirling in the kinetic energy until it was impossible to tell the boat from the ocean. “This is definitely the best dream I've ever had.” said Jayne hugging her knees and glancing furtively at Jerome. After several minutes of rowing, they found themselves deep in the center of the ocean, no land in sight.

“There can you feel that?” The ocean lapping and gently rocking the crystal boat. “Can you feel the motion of the cosmic current?” Jaynes eyes lit up “yes...I do.” “Good...Thats good” he said. “Now imagine you are inside that motion, be the current - surrender to the immense rising and falling, rising and falling.

“Its wonderfully calming I could be rocking in my mothers arms” she murmured.

“Now” said Jerome “imagine all of what you're feeling is happening in you. You are the ocean. You are the rise and fall of currents. You have all the power and energy right there inside you. Surrender to it. It's yours to own.”

Then the strangest thing happened as if she was inviting them to come and swim in her ocean, Beautiful rainbow fish began jumping into the boat, causing her and Jerome to laugh. “ Look, look what you can do.” as he scooped them up and returned them to the sea.

“When you surrender to the truth of who you actually are, you will enjoy all the powers you can imagine. Your world will be at your command.”

“I feel it, I can honestly feel it.” She said surprised. Checking her palms, tiny sparks were jumping around in her translucent hand.

As Jerome rowed them back to the shore. Jayne felt the tears welling up, uncontrollably. She was grateful to be free from the narrow bonds of her mind and boundaries of her body. “Delicious“ was the only word she could utter.

“This sensation is filtered through the veils of creation directly to the Transcendental Presence. It is the root and substance of who you are. You no longer will imagine walls between "us" and the Truth. We are the flow ourselves, when you can feel that - you are pure energy. You’ll be resonating with your surroundings and oscillating towards the Radiant Source shining through the floating universe. Then you can easily open your heart to all that is Radiant and Infinite. Like an arrow flying towards the sun magnetically attracted by it. That's what you're made from.”

Jaynes emotions were all over the place, Crying between laughing. Vacillating between belief and fantasy, dancing on the edge. “I wish Jessie were here.”

“She is - she just isn't aware of it.” Jayne comfortably linked her arm with his as they walked along the beach. “Thank you Jerome, you have given me life.”

“I’m only an instrument, you can now pay it forward - spread the truth and stop the bad from going any further - restore it to good.” He hugged her “This is what your powers can do now.”

BEEP... BEEP... BEEP... Jayne sat up in bed reached over and turned off the alarm. Her first thought was to call Jessie and get her over here. She splashed cold water on her face and checked her palms to see if she could still see sparks but there weren't any...Soon - she thought, I must work on that.

She called Jessie and woke her up. “Come quick I have such a story to tell you. I’ll start the waffles, you want your eggs scrambled or poached? Bring your tape recorder, you’ll want to get it all down.”

Jessie jumped out of bed and threw on her jogging pants and a tank top, grabbed her tablet and digital voice recorder. And rushed out the door. Hair uncombed, teeth unbrushed.

Jayne pulled out the waffle maker and opened the refrigerator for milk and eggs. She almost lost her composure - there on a serving dish were two large rainbow trout cleaned and ready to cook. Jayne burst into tears through her unrestrained laughter and could swear they were smiling at her.

Thank you for reading my story.

If you liked it Chapter One is Here

and Chapter Two is Here

I love the adventure writing takes me on. I enjoy the idea of sharing them with an audience. I hope you enjoy my visions too.