A retired superheroine deals with an annoying fan 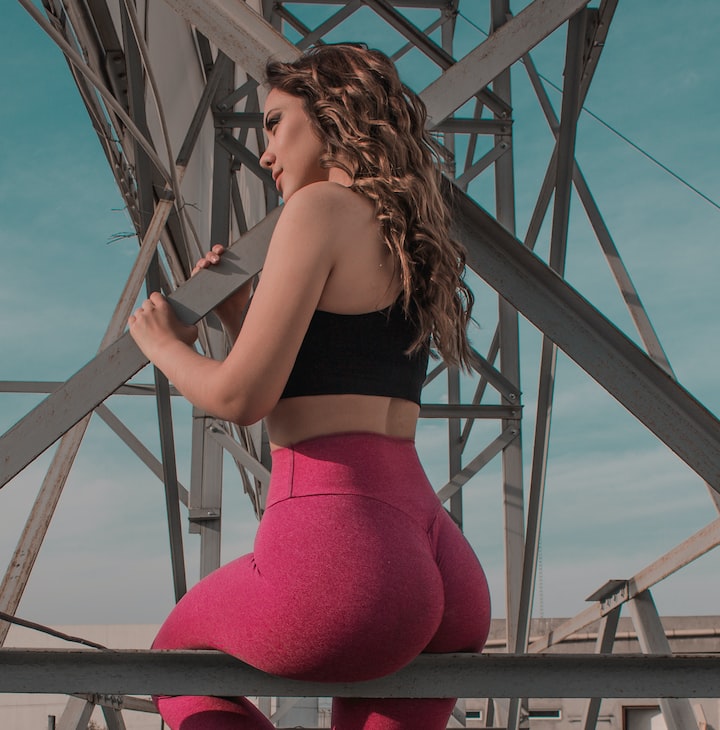 Photo by Felix Uresti on Unsplash

Katlyn Moore sighed as she pressed the elevator button for the 26th floor, adjusting the tight bun that she was forced to tie her blonde hair back in to adhere to the office’s dress code. There was a time in her life where the 40-year-old woman was free from the rigmarole of a 9 to 5 job, yet here she was, entering her 4th solid year as a Human resources representative.

The elevator stopped on the 3rd floor, where a short, balding young man shuffled inside and immediately stood as far away from the towering blonde as possible. Katlyn was used to this, where men were at times intimidated by her tall, strong, gorgeous frame, unsure of how to behave around her. Despite this, she could sense the diminutive man’s eyes repeatedly glancing at her curvaceous body.

“Oh my God…” the man eventually stammered as the elevator continued to ascend. “You’re ‘Voluptuous Katie’, aren’t you? Holy crap, you’re one of my favorite female superheroes of all time! What are you doing here?”

“Ah, is that so? Well I’m always happy to meet a fan,” Katlyn replied, her cold tone suggesting otherwise. Her entire body going tense at hearing her former hero name, the tall blonde kept her eyes forward as she hoped that the conversation would end there.

“W-wow, so you must work here or something. Did you retire from being a superhero, then?” the persistent man continued asking. “I’m Paul Briers, by the way! I’m a CPA from the 30th floor.”

Katlyn reluctantly shook the man’s extended hand as she gave him a quick, weak smile, before turning back to face the silver, reflective elevator doors, hoping the man would shut up.

“Awe man, every time a clip of you made it onto the internet, I made sure to watch it,” Paul chuckled, crossing his arms as he began to eye the towering woman up and down. “Your power was just so sexy, I honestly didn’t know whether I should feel bad or jealous of the bad-guys that you used to take out. What made you retire, anyway? You were so popular!”

“Not to be rude, but that isn’t your business,” Katlyn replied with a shudder. “I retired about 4 years ago, let’s leave it at that.”

“4 years ago? Hmmm…wait, that’s when you and Miss Mayhem teamed up to storm Doctor Draconia’s laboratory!” Paul exclaimed excitedly. “I remember hearing the news report, it was so cool. Didn’t you take out like, 10 of Draconia’s henchmen by yourself using your powers?”

Grinding her teeth in annoyance, Katlyn could feel her fists clench as she was forced to relive the painful memories surrounding the day that Paul was referring to. The excitable man seemed completely oblivious to the blonde’s obvious scowl.

“Yeah, well, feeling the bodies and bones of those men crumble into dust behind me wasn’t exactly a joyous moment,” Katlyn said after a few seconds, hoping that this would silence her unwelcome fan.

“They were bad guys, so they kind of deserved it,” Paul snorted. “What they didn’t deserve was being able to get up close and personal with that big butt of yours. This might be a bit of a weird question but…can I touch it? The booty that has fought so much crime, saved so many lives.”

“That’s…that’s borderline sexual harassment,” the retired heroine hissed, her body physically cringing at the man’s perverted request. It was men like this that pushed her to retire from her costumed, crime-fighting days.

A laboratory accident from Katlyn’s childhood had “blessed” her with the ability to rapidly inflate her hips and rear end, where upon seeing its application as a weapon and a lifesaving device, Katlyn became the superhero known as “Voluptuous Katie”.

Of course, behind the glamor and the sense of enjoyment that she got from helping people and taking down bad guys, Katlyn’s unique power caused her to become extremely over-sexualized in the media, and she was routinely approached by rich fetishists who sometimes offered millions to lay with her. Sick of being recognized more for her sex appeal than for her heroic work, the fed-up heroine left the business.

“Ah, I meant no disrespect, I’m sorry,” Paul eventually said as his red face looked down at his shoes.

With a quick ding, the elevator doors opened as the lift had reached Katlyn’s destination on the 26th floor, causing her to sigh with relief while she hurried out, eager to put the conversation behind her. The man who’d accompanied her up, however, decided to try his luck and sneak a quick grab of the voluptuous woman’s ample derriere.

Shocked by the sudden feeling of Paul’s fingers squeeze her rear, Katlyn inadvertently activated her powers. In an instant, her buttocks rapidly grew more than 30 times in size and mass just as she was exiting the elevator, where hundreds of pounds of added flesh filled every square inch of the small lift- with the short man still inside.

“No, no, no, no!” Katlyn moaned in anguish, feeling the familiar sensation of a Human body crumple up like an empty soda can behind her as Paul’s desperate screams echoed throughout the floor, before falling silent as his crushed lungs collapsed, and his body was horrifically flattened by the sudden force.

As she deactivated her power, where her derriere promptly returned to normal size, the former-heroine raced into a nearby restroom, her slacks obliterated by her rear’s sudden growth. Growling at the idiotic man’s role in his own demise, Katlyn sat in a stall and whipped out her phone to call a contact that was titled “Miss Mayhem”.

“Sam? Hey, yeah, it happened again,” she explained after the person on the other end picked up. “Yeah, yeah. Just bring me another pair of pants.”

Outside, employees were beginning to scream as they noticed Paul’s obliterated body in the elevator.

A freelance writer who enjoys writing about politics, world news, and erotica. At times, a combination of the three.

More stories from Daniel Teach and writers in Fiction and other communities.