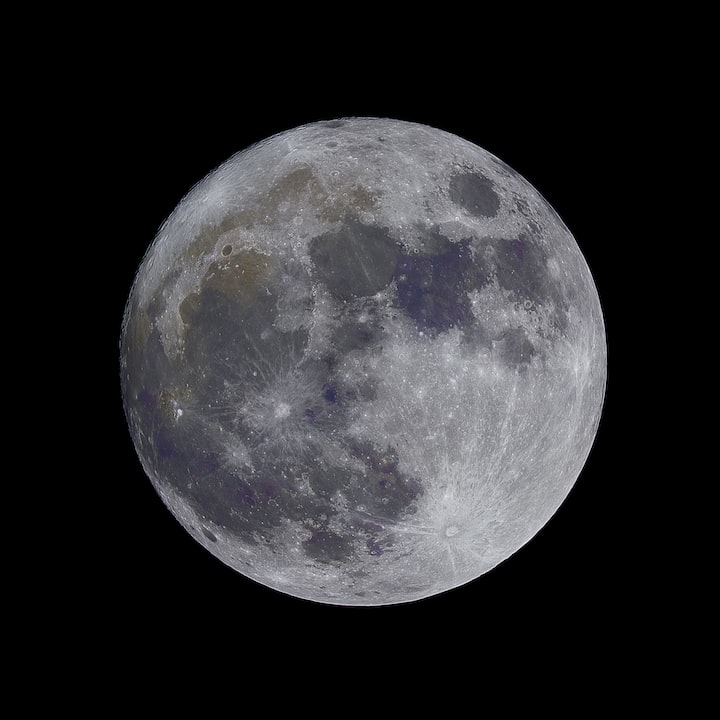 Photo by Neven Krcmarek on Unsplash

It had been another rather fruitless night in customer service (at least it had been at the "fun" customer service job and it was a weekend). I had clocked out of my shift, visited with some of the girls down at the bars, and gone home (on foot) to a life in my parents' house in the community that I had grown up in. No; NONE of my peers (especially the women who interested ME) were to know who I hung my hat with when I hotfooted it from town to home. They already knew that I was unlicensed and that "work" was two part-time jobs. This WASN'T the life that I had dreamed about...

I reached home, locked up, showered from the day, dragged into my room in the late hour, put in an old animated series DVD to fall asleep to, then curled in my bed. Tomorrow was already predestined to be another day where my dreams of youth continued to slip from me...

Night turned to day in an instant. However, I didn't wake up in own bed. I didn't even wake up in articles of clothing that I traditionally wore to work, and certainly never to bed! I found myself on an Evergreen Forest floor, adorned in a golden dress shirt and corduroy dress pants, instead.

Sitting up and dusting off my well-dressed outfit in confusion, I started to rise up. However, as I stood to look around, I heard a falcon's cry that I swore that I had recognized from somewhere.

For a moment, I was startled. Then, I glanced up and watched as, indeed, a bright orange and white falcon with a blue beak soared in overhead. Naturally, such creatures weren't native to Southwest Michigan, let alone Earth. However, I had still KNOWN this brilliant bird from somewhere.

The falcon circled overhead and hollered once again. It DID indeed anticipate my following. I couldn't help myself; I had to do something drastic, even if it would be uncomfortable. I reached over and pinched my wrist experimentally. Nope; the lush Evergreen Forest and brilliant, feathered guide were still there.

"That's weird." I murmured with a shrug.

However, since the forest and falcon sure SEEMED to be real, I fell into step and the bird led on.

Sure enough, at the end of the Evergreen Forest of lore, I could see a dark green fortress. It's open skull motif seemed to grin leeringly at the displaced, wayfaring stranger. I crossed the moat over a gaping bottomless abyss, crossed the jawbridge, and lay a hand experimentally on the cobblestone of...

"...Castle Grayskull???" I murmured beneath a wide-eyed gasp. "C'mon, man; you're WAY too old to be dreaming about being displaced on..."

The beautiful falcon screeched one final time and landed on a throne. If I had thought that the falcon had been a sight to behold, its transition left me faced with a gorgeous woman in a feathered cape and headdress. With everything else happening on a world that was only familiar to me from my youth, I should have seen this revelation coming. Nonetheless, if I had thought that Zoar, the Falcon, had been picturesque, The Sorceress who now stood before me was another level of beauty altogether.

"...Welcome to Eternia, our champion." Sorceress called down from her throne in a flowing voice.

"...Champion???" I repeated, taking in a 5'6 frame that had lost far more muscle mass than weight lately. "I-I'm sorry; I don't know how to say this but...you ARE The Sorceress, right?"

"Your knowledge of Eternian lore WAS always highly regarded, champion!" she applauded me.

I, her purported "champion," blushed in the very presence of her platitudes.

Suddenly, a tiny ball of red crashed into me from behind, just before it hit the floor and became an amorphous red ensemble with large eyes.

"Okay; that's not EXACTLY who I was about to ask about." I grumbled.

Nonetheless, I did absently help Orko, the royal court jester and magician from Trolla, back to a flying position.

"Thanks." Orko honked. "I-I came as soon as I heard, Sorceress; I wanted to see our newcomer for myself! Oh; excuse me that I had bumped into you, sir."

"No charge." I answered, patting the tiny Trollan on his hat. "Oh; and the newcomer that you had so anticipated; welllll..."

"...He has arrived, my dear Orko." Sorceress announced. "I was just about to reveal the Storyweaver's very special destiny to him when you so entered my humble home. Oh well; this is a special occasion and perhaps DOES deserve an audience..."

"...Storyweaver, champion, destiny???" I asked. "Listen, I'm dreaming or something; I mean, a woman like you speaking to ME would HAVE TO BE a dream. I'm going to wake up tomorrow, or today or whatever, and still be in the community of my youth, in my parents' house, no car, two parttime jobs, no girlf..."

"...THOSE are your Earthly destinies, my young friend." Sorceress insisted. "Did you NOT always dream of something larger for yourself?"

"It doesn't take much of a sorcerer to pry THAT from my mind." I grumbled.

"I knew that too!" Orko piped up right on cue.

"Hush, Orko; please, the both of you, listen and I'll tell you more." The Sorceress declared.

I pointed an accusatory finger at Orko and he pointed back at me. However, we remained quiet as The Sorceress began her tale.

"Skeletor, evil Lord of Destruction, has managed to successfully erase the memories of EVERYONE on Eternia, save for Orko, Cringer, Man-At-Arms, Teela, and myself; I managed to protect us." Sorceress declared. "The Eternia that you know so well is now an alien world to EVERY other heroic warrior and citizen of our populace; leaving our world ripe for the pickings for Skeletor and his evil warriors."

"...The ONLY people who even recognize Eternia anymore, on the side of good at least, are you, myself, Orko here, Cringer, Duncan, and Teela?" I asked, aghast; then, barely able to complete the next question... "You mean that Skeletor took..."

"...Adam's memory was the first to go." Sorceress confirmed. "Admittedly, Skeletor was too outside of the knowledge to recognize the true repercussions of what he had done; but, yes, He-Man's memory is GONE."

"...Just like King Randor's, and Queen Marlena's, and Ram Man's, and Fisto's, and Sy-Klone's, and...ohhhhhhhh." Orko moaned as the truth behind the Sorceress's words sank in.

"At present, Teela is seeking Eternia for He-Man's assistance." Sorceress declared. "She may need help now that Skeletor and his forces may feel so bold as to step out of hiding."

"Of course." I answered

"But even as she does seek He-Man, please remember one thing if you do find her..." Sorceress warned.

"...no; that secret is NOT mine to divulge." I reassured her.

"Have you any questions for us, Great Historian of Eternia?" Sorceress asked.

"Any questions??? I mean, any doubts???" I retorted. "I'm a guy from Earth; undermuscled, not the brightest, unaccomplished, and with an encyclopedia of 80's animation stored in a brain that could be used for other things!"

"...That encyclopedia could be our best resource right now!" Sorceress insisted. "For the moment, Skeletor and his minions merely plot inside Snake Mountain. How long do you think it will be before they strike?"

"We need you!" Orko wheedled, tugging me on a shoulder.

"You could be a great help to a free Eternia right now, young man; but the choice is yours." Sorceress added.

"...while you are here, you may certainly traverse between Eternia and Etheria as you see fit." Sorceress finally added. "The Great Rebellion could always use an extra assistant too; and you will have many tales to share between the two worlds, Storyweaver."

"Madame Sorceress," I answered, "you've got yourself a deal!"

"And YOU'VE got yourself a partner!" Orko declared, clapping me on a shoulder. "PLEEEEEASE?!?"

I finally shook the tiny Trollan off of my shoulder.

"Alright; I may KNOW Eternia through fables, but YOU'VE lived life here." I relented. "You're my guide around here from on out."

"YIPEE!" Orko declared, zipping out of the castle.

I took pause for a moment.

"Thank you, Sorceress." I answered. "You take care of yourself as well."

With that, I left to catch up to my new tour guide.

"I shall safeguard myself, this castle, and you." Sorceress answered to no one in particular as she cast a sweeping spell...

Receive stories by Kent Brindley in your feed
Kent Brindley
Read next: A PARTRIDGE IN A PEAR TREE