The Vindication of Aralia Jones

by Jessie Waddell 5 months ago in Young Adult 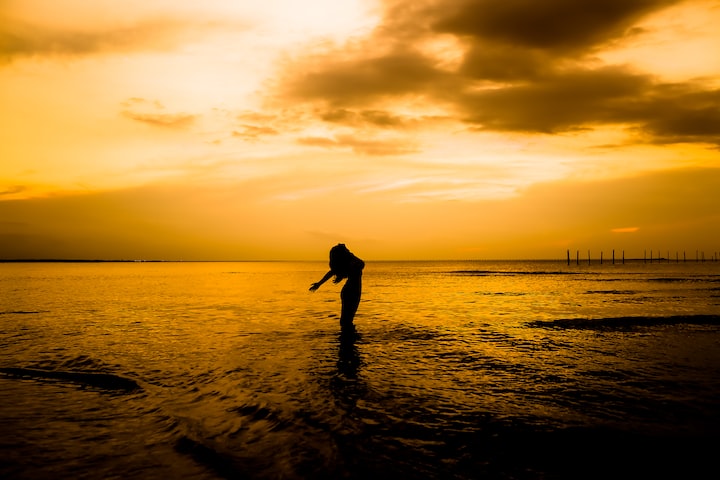 Photo by Slava on Unsplash

Aralia sat outside the Headmaster's office, sweat beading down the back of her neck as she wrung her hands together nervously.

She knew Andrea and her gang were ruthless, but their bullying had been obvious and predictable to date. This... this showed a level of careful planning Aralia never considered possible. They'd considered everything, down to this precise moment.

Her mind was racing. Aralia was smart, if not the smartest student in the school. And she was stumped. As her brain ran through every possible outcome, she was failing to foresee any that ended in her being concluded innocent. She had no idea how she was going to get herself out of this mess.

"Miss Jones, the Headmaster will see you now."

Aralia looked pleadingly at Ms Perry, the Headmaster's assistant. They had always got along well. Aralia had always been a top student, both in grades and dependability. Her maturity and commitment to her responsibilities made her popular with the teachers and staff and a target for students. She knew just how deep her troubles ran when Ms Perry returned her desperate look with utter disdain.

She gulped, took a deep breath and made her way into the Headmaster's office.

Mr Murphy was a terrifying man. He stood at 6 ft 4" with broad shoulders and a domineering posture. His face was always fixed with a stern expression, accentuated by his trimmed and shaped facial hair. His strong eyebrows were permanently etched in a scowl, and his piercing ice-blue eyes made it feel like he was staring into a person's soul.

"I believe you know why you are here, Miss Jones. What do you have to say for yourself?"

Aralia looked him dead in the eye. She mustered up every ounce of courage she had within her to hold her voice steady. She said the only thing she could say and the absolute truth.

Mr Murphy stared at her for a moment before looking down and rubbing his brow. The puff of air that left his nostrils made his frustration evident.

"The evidence... is substantial, Miss Jones. I'd hoped you would have taken this opportunity to give me your admission. I'd have been able to be a little more lenient."

He held up one finger and closed his eyes with a slight shake of his head—The universal gesture for "silence". Aralia complied; she was beginning to panic now. She had hoped that her spotless reputation might have given her word the conviction she needed to prove her innocence. She was wrong.

"I'm going to have to call your parents Miss Jones."

Mr Murphy studied Aralia curiously. He didn't miss the hint of fear in her eyes at the thought of her father's involvement. He was disgusted and disappointed with her behaviour, but he felt no inclination to worsen matters. He was sure Mrs Jones was more than capable of handling her daughter, and her husband.

"Very well, wait outside until you are called."

Aralia wasted no time in escaping the Headmaster's office. She took her seat outside and finally gave in to her building emotions. She buried her head in her hands and sobbed.

She felt a light tap on her shoulder and looked up, wiping her tears and streaked mascara from her cheeks. Smiling down at her was Connor Simpson. Head Boy, Captain of the Football team and devastatingly handsome boyfriend of none other than the instigator of this entire mess, Andrea.

"Why are you smiling at me, Connor? Does seeing me in pain bring you so much joy?" Aralia snapped.

"None at all, actually...." He said, rather sheepishly.

Connor crouched down to meet Aralia's eyes and placed his hands on hers.

Connor and Aralia's parents were friends, and they had grown up together. Of course, high school has a way of derailing these kinds of friendships. Connor took the path of the athlete and Aralia the intellect... although he was smart, and she was fit, according to the laws of high school, the two could no co-exist.

"So, you know? You know I'm innocent? Connor, you have to help me! We have to go tell Mr Murphy right now! You need to tell him!"

"Shhh, hey, hey stop..." He cupped his hand on Aralia's cheek and looked at her with sympathy.

Aralia looked out the window in an attempt to hold back the tears that threatened to spill again. She smiled wistfully then turned back to Connor.

"Do you remember when we used to play 'What would you come back as if you died?"

"I do, but I'm not sure why that's popped into your head right now."

"Because... I always thought that I'd like to come back as a shark. I've always been such a loser, Connor. Wouldn't it be nice if, in the next life, I could be the apex predator? It seems only fair..."

Connor smiled and brushed a stray hair from Aralia's face.

"You don't need to come back as a shark Aralia Jones. You're the smartest person I've ever met. You wanna be a shark? Be a shark."

They heard the doorknob of the Headmaster's office start to turn. Connor gave her one last longing glance before taking off down the hall.

Be a shark. Aralia thought to herself as Ms Perry stuck her head out of the office to let her know her mother was on her way to the school. She looked down at her watch. Andrea would be on her way to her car by now, full squad in tow. It wasn't ideal, but it was her only chance.

Aralia silently rose from her spot outside the Headmaster's office and made her way down the corridor. She slipped out the back door of the main block and made a b-line for the car park.

She spotted Andrea, golden locks flowing in the breeze, cackling at her own joke as her adoring fans trailed behind.

Aralia realised that she had it all wrong. All this time, she viewed herself as the prey. But it was high time the prey became the predator.

She sprinted toward Andrea's parked car, determined to beat her there. She dropped her bag and gathered herself before leaning against the driver side door with her arms folded across her chest, casually inspecting her fingernails.

"Um.... what the hell do you think you're doing?" Andrea's shrill voice alerting Aralia of her arrival.

"Oh, I just thought I should be the one to tell you in person that your little plan failed..." Aralia replied nonchalantly.

"You know... making it look like I was the one having an affair with Mr Prince instead of you. I have to hand it to you, Andrea, your plan was almost perfect. Almost..."

Andrea was starting to look nervous as she barked at her followers. They were eyeing her with caution, no one stepping up or coming to her aid. Their lack of action gave Aralia more courage to execute her plan.

"You know... the part that must sting the most is that when Mr Prince confessed, he said it was the biggest mistake of his life..."

"Damon would NEVER say that he loves me! He'll realise that once he doesn't have to worry about this stupid job anymore!" Andrea spat at Aralia in a fit of rage.

At this point, the crowd had begun to gather, including Mr Murphy, Mr Prince and Aralia's mother.

Andrea locked eyes with Damon Prince, the teacher she had been having an affair with and who, after today, was no longer employed at the school. A result of the 'evidence' she had concocted as proof of his alleged affair with Aralia. He looked at her with disgust as he realised that this was her way of trying to win him back.

Chaos erupted as Andrea started screaming and attempting to chase after Mr Prince. He didn't spare her a backward glance. The students that had gathered were chattering, rumours already beginning to circulate based on everyone's speculation.

Aralia made her way slowly toward her mother and Mr Murphy. She had taken a huge risk with her stunt to force a confession from Andrea. It had paid off, but she feared she wasn't in the clear yet.

Her mother's stern glare landed on her like ice. But to her surprise, her mother turned that glare and fixed it on Mr Murphy.

"I trust my daughter is free to leave now, Colin?" She said in that expectant, authoritative tone common amongst barristers.

"Indeed." He replied sheepishly. "My apologies Miss Jones..." he nodded to Aralia as he turned to leave.

"Expect a call from my chambers tomorrow..."

Aralia couldn't help but look at her mother with a satisfied smirk at her parting comment with the Headmaster.

"I thought you'd be disappointed in me..." Aralia whispered to her mother as they made their way to their car.

Amanda Jones was a tough woman. A top silk. Confident, attractive, intelligent and intimidating. Everything Aralia wished she could be. But, among all of these ferocious traits, she was also a mother. She stopped walking and turned to her daughter, who was staring at the ground, tears threatening from behind her eyes. She softened before tilting her daughter's head up to meet her gaze.

"The first-born pup of the Alpha is always the strongest Aralia. Today you showed your strength, your tenacity, your resourcefulness and your resilience. I've always known you had it in you. Today, I am nothing but proud of you."

Aralia liked her mother's wolf analogy she thought to herself as they continued arm in arm. Still, given the choice, she'd always choose to be a shark... In her mind, that made her the apex predator. And she knew, with absolute certainty, that she'd never sit at the bottom of the food chain ever again.

I have too many thoughts. I write to clear some headspace.

"To die, would be an awfully big adventure"—Peter Pan