by Raine fielder 11 months ago in Short Story
Report Story

the swan song of the phoenix 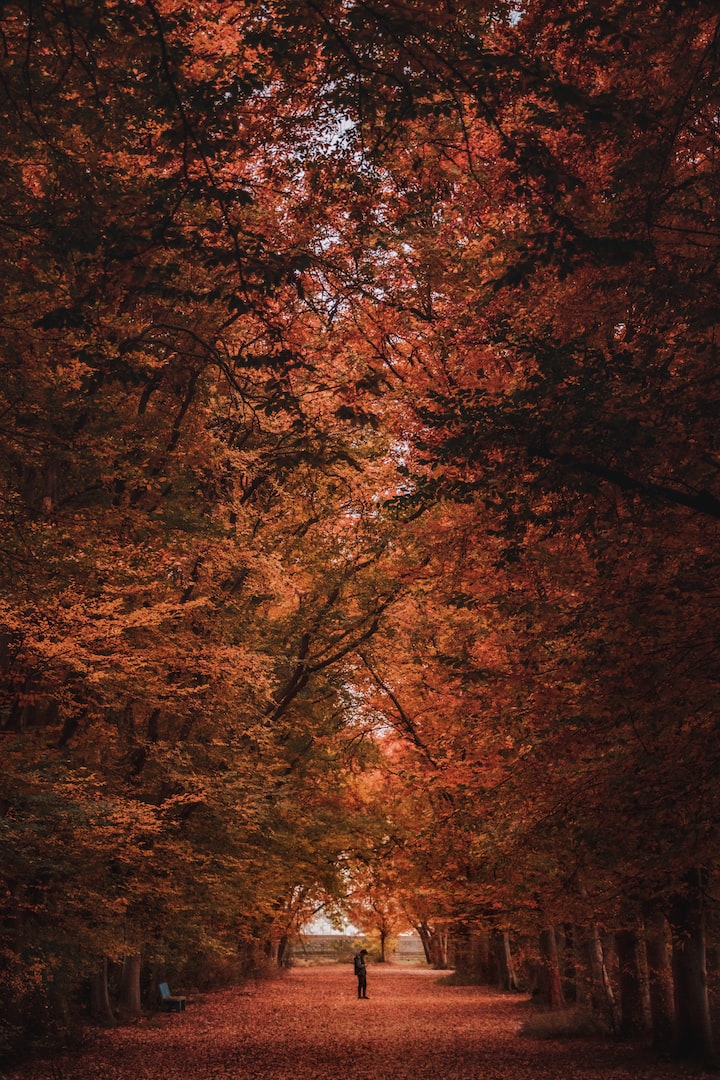 Photo by Mojtaba Mohtashami on Unsplash

The year was long, and I waited by the bus stop watching the blazing colors of the autumn float by my face. There was a wilted pear tree next to me and a chill in the air, I felt the sinking feeling of the world around me dying. That’s what autumn was, wasn’t it? The swan song of nature, bursting into a cornucopia of color and spender in one last attempt to get the attention of the inhabitants of the earth. I got on the bus and sat alone in the back hoping no one would look at me or talk to me. No such luck though because a man came and sat in the seat beside me.

“Hi,” he smiled, he was young and quite attractive with long if not greasy strands of hair. I looked up at him and smiled but didn’t say anything. His brown eyes were almost orange and matched the dark color of his skin almost perfectly.

“Where you headed?” he asked.

He nodded but didn’t say any more. When we were in the middle of nowhere he stood and pulled the cord. I eyed him curiously, we weren’t at a stop and there weren’t even any signs of civilization for miles.

“Follow me,” he said. I was about to scoff and tell him ‘no way’ but I felt an ache, and my body compelled me to stand and follow him to the front of the bus. What was I doing? We got off the bus and he headed towards the forest.

“Excuse me, where are we going?” I said.

He stopped and turned, “this is out of town.” It was all he said, and he turned and started to walk again. So, I followed. This was odd but somehow it felt right, and I wasn’t frightened at all, though maybe I should have been. We finally came to a clearing and he sat with his legs crossed, right on the ground. I walked over and sat mimicking his position and faced him.

“What is this about?” I asked.

“You’ve been hurt, a lot, by a lot of people,” he said, it wasn’t a question so I didn’t say yes or no, I squinted at him and he continued, “I have a secret that no one knows, I came to you on the bus, I came for you.”

I shook my head and tears began streaming down my face, he put his hand out and caught them, rubbing my cheek. He took my hands in his and I felt a burning into the core of my entire being. It burned but somehow didn’t hurt. I felt it, I felt the burning away of all the pain and felt it leave through my hands into his. The longer it lasted the more orange he became until he was glowing and then engulfed in flame. His form started to change into something like a great bird and I knew. I knew what he was, but I couldn’t get my mind to understand it, I had only heard of the phoenix from mythology. I couldn’t move and though my hands were still in his wings, the fire that consumed him didn’t burn me. I sat mesmerized by the flames, almost as though I were in a trance. The colors matched the surrounding leaves of the forest. The next thing I knew he turned to ash and the fire died out. I sobbed and shouted and looked around for him, but he was gone. I was alone. I knelt there for I don’t know how long begging him to come back but heard nothing. I got up and started to walk, I didn’t know where I was, but I felt better, despite losing the magnificent creature I felt okay for the first time in years, possibly my whole life. As I walked away I heard a sound and looked back. The bird was there then, still orange and beautiful. He started flying and again I followed. I followed as the bird flew above the trees guiding me through the darkening woods. Eventually, I came to a small town and I looked up. The bird seemed to wave and then flew off to find the next person to heal.

Raine has been writing poetry since she was in seventh grade. She has written several poems, song lyrics, short stories and five books. Writing has been her passion for her whole life.

More stories from Raine fielder and writers in Fiction and other communities.