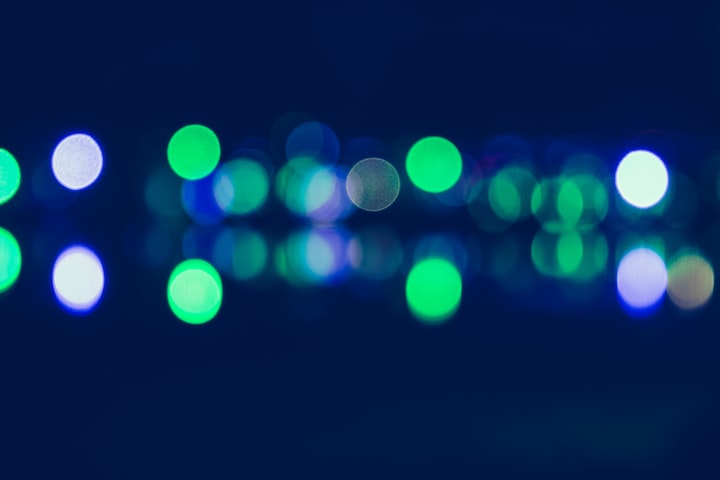 Emily wrapped the charging belt around her waist. She snapped the battery into place and plugged the wire into the wall . The charger beeped , signaling it was synched with the medical implant in Emily’s spine. The green light indicator was lit, showing a full connection. She was ready to recharge.

It was a Sunday night ritual, plugging herself into the wall and letting the implant recharge . She was forced to sit still during the two hour process as unplugging herself from the wall, would cause the charging to cease.

Over time , she had learned to be patient.

Most people were amazed at the process and asked the same questions and made the same comments .

“Does it hurt ?” Not as much as getting hit by a car as a pedestrian was her standard reply .

“How does it work?” Transdermal, which is why I synch and wear the belt . They are aligned and the battery can be recharged.

“You can’t tell from the outside" That’s the point , Emily mused.

“What happens if the battery runs out ?” I can’t walk very well and am in excruciating pain . I feel everyone of my severed vertebrae despite the supposed nerve damage.

She preferred to joke about the entire process , referring to herself as the “bionic woman”. Deflect with humor , she reminded herself.

She had stood at the corner of the intersection and looked both ways before crossing . The traffic light had turned green indicating she could proceed. She looked both ways again , noticing the one way sign on the opposite side of the street. It was a one way street , she muttered to herself , cars wouldn’t come from the other side , it was stupid to look that way …

But a car did come that way , going the wrong way , down a one way street , in reverse , and in a hurry .

She heard the bang before she felt the massive shove . Something pushed her down and was dragging her on the ground. She heard screams before she blacked out.

Her eyes opened slowly days later. She saw flowers . Lots of flowers . She tried to focus. Her head was fuzzy. Was she dead ? Was this her funeral ? She closed her eyes again.

Someone was calling her name.

She opened her eyes and saw a nurse standing in front of her.

“How are you doing, Emily ?” She asked , holding a clipboard and pen.

Emily didn’t answer. She didn’t know . What did she say ?

“Do you remember anything ?” the nurse asked.

Emily tried to remember something, anything .

“I looked both ways “ she started to say.

The nurse nodded , writing on her clipboard and Emily continued.

“I waited, the light turned green. Cross on the green , not in between”.

Everything else was a blur , Emily realized. Her head spun and she fell asleep again.

Later , the doctor would inform her of her accident and the extent of her injuries . She would need extensive therapy and pain management . The doctor would insist that she was a miracle , as they had not expected her to live .

For many months afterwards, she did not want to live. The brace that held her torso together while she healed from metal rods inserted onto her spine was hard and uncomfortable.

Walking was a struggle as her legs were constantly falling asleep and she could not feel the ground beneath her . She took steps with trepidation .

She did not feel miraculous . She was 27 years old and her life , the life she had worked so hard for , was over.

Her career was terminated when she was “released” from her employment for failing to return to work after six months .

Her home went into foreclosure as she was unable to keep up with mortgage payments .

She charged everything to her credit cards with the hope that the situation was temporary and things would improve.

She tried heat, water therapy, a myriad of drugs, creams and potions. She went for physical therapy, mental health counseling , chiropractors and massage therapists . She sought advice from shaman healers who told her to avoid night shade vegetables and hippie quacks who insisted she consume wheatgrass . She wore copper bracelets and magnets, prayed to every saint in the catholic church and tried meditation. Nothing worked. Nothing alleviated her pain, or helped her walk without the assistance of a cane for support .

The procedure was new.

A battery , an implant , electrical impulses that mimicked nerves, pain coverage and a rehabilitated body; A body that used electric power to function where the body was damaged and could no longer perform. It would not heal the problem or fix the hurt . It would only alleviate the symptoms associated with the injury .

Emily was skeptical , but having exhausted all other options , had moved forward with the implant surgery . She had lost everything and had nothing left except a future filled with pain and the inability to do anything.

Six weeks later , she could walk for a quarter mile before becoming tired. She could sit and stand without pain. She was improving , slowly but surely . The implant was the miracle . She could walk again. She wasn’t in constant pain anymore. She even started to smile again.

Emily looked down at the belt around her waist .

The green light indicator was shining brightly. The battery was charging .

She had been returned to life . Not the one that had been shattered in one vicious moment on a one way street . Another life. A new career.

A different way to move forward . Even though moving forward now required the Sunday night ritual.

So many things had changed . Her body, her life, her time. Her perception of what was important and what was not . None of the past events mattered . The person she was before January 28 , no longer existed . A new person had emerged, half bionic but completely determined.

Now, the green light indicator on her battery belt , was the only signal she waited for , in order to move forward . It was the only light that mattered.

Polyglot. Sapiophile. Live in Slave for 2 rescue dogs. You can't make this up; Fictionalized Reality, names changed to protect the truth & the guilty. Everyone will think they are the heroine. What fools these mortals be...