by Connor Best 4 months ago in Horror 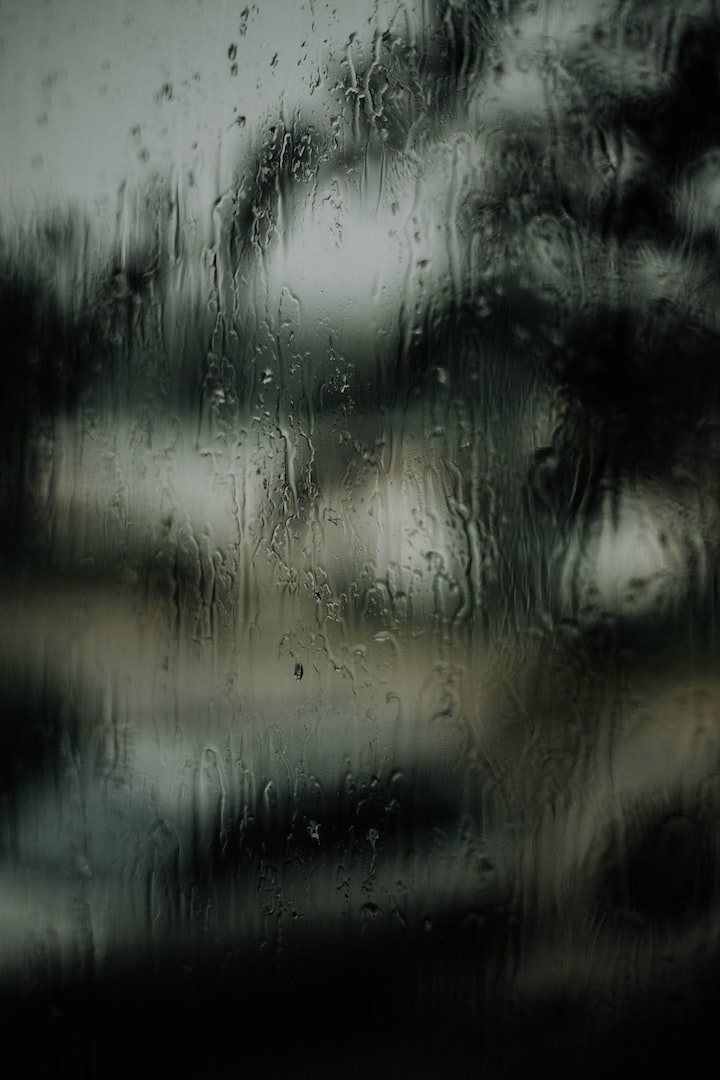 It rained again; it rains every night, the rain clicking the cracked, sopping cobblestone roads outside. The dim lanterns lit the street, rain running down the bulbs like the spiked lightning in the sky. The dim lights pulled those who walked these dark streets onto the road; else, they walked with the shadows in the alleyways. The lights from small windows in the creaking old buildings could expose the rubbish that littered the alleys; the lightning was the worst, for it could expose all darkness for just half a second. It was that second that the shadows were not my ally, instead, they would betray me. It was bad enough when the weak light from windows that were so carelessly left open by the absent-minded people of old London would bleed over the sill, exposing me. In my earlier days, if one had a worried mind and went to look upon the window, they would see me and my wiry, crooked fingers curling over the frame, for I would wait there until all other lights inside had gone out. Hearing the kisses of them fairing their small ones a good night, and the creaking of the floorboards of their slippered feet thudding heavily along the halls into their room; once the door squeaked shut and movement ceased and all was still and the even the dust slept, I move, hurdling my darkly, cloaked body over the windowsill. With a silent fall to the floor, a fall that was so light, the dust had not jumped. While I dangled from that ledge, my narrow eyes spotted the golden watch that rested on an old wooden table, which seemed too pretty of a penny for these fools to lose in some gutter or the nimble hands of a thief. Like the cool wind that flowed through the window, I breezed past the hall of bedrooms, and picked up the dainty watch. I figured that if they were not going to lock it up in a safe place, they would surely lose it. I had better keep it, call it safeguarding. Nevertheless, I am no thief; I always leave behind a letter telling what I took and why I needed it. However, that does not mean I leave the same name every time, in fact, this time I will leave my name as the neighbor crossed the window. I wonder how they fare, allow me to make my exit and check on our friends from crossed the alley. I turn and float over the weak boards and rest my feet on the slippery windowsill, it still poured, and I will jump when thunder comes, for it will mutter the clang of my body slamming into the wall. The flash of light struck through the sky and I jumped onto the black vines of rusted pipes that clung to the building, their window sat shut, but a light was still on. A curtain was slightly open, to where I can see them but they could not see me. I climb above the window, my hand slipping from a loose brick poorly placed. The thunder must have timed it, for it went off as it fell, muttering the noise. Inside, was a bedroom, containing one small bed with a little girl resting inside, age rendered from five to seven. She clung to a little bear, one eye missing, and its stuffing poking through the eye. She was poor, I could tell from the tattered sheets that wrapped her, for they lay on her only covering her waist. I decided to wake her, but I tapped the window instead of breaking it like last time. With two fingers, I tap:tap the glass, and her head popped off that pillow, which made me wonder how the thunder did not do the same. The plan was going according to my intentions, because she came to the window and opened the blinds. She was not afeared, because she knew me as the friendly spider, which would come to small children’s windows to tell them a very special secret. She let me in, and I whispered in her ear, and said the same thing I always say, “Ding, ding my little bell, where do your parents sleep for a spell?” With the knowledge of where they are, I know to be especially stealthy when I am near their room. “Shimmer, shimmer my little jewel, where are the riches that make a beggar drool?” Before I continue, I have to see what treasure lies under everyone’s nose. “Hug, hug my little bear, come with me to live where no darkness dost fare.” Mother would be pleased if she could get her wrinkled hands on another initiate.

After a run-through of the house, the child would be scooped up and carried through the window. I would not tell them to go through their front door because they always insist on learning how to climb with me, the Friendly Spider, so I always carry their petite bodies on my back. After I collect everything from the house and the child is ready to go, usually, they have a doll or blanket with them, because they think they are going away for a little while then coming back. Rarely do they ever pack clothes or extra food, hell a book would better suit them, but frankly, I could care less. Anyways, after they are ready, I leave my signature sign, which is a small black spider doll with a smile stitched into the face, to say that the child is under the protection of the Friendly Spider, so they do not think the child has runoff. This has become so common that a legend was made of me, instead of the Friendly Spider as I refer to everyone with I became Praesumptor or “The Kidnapping Thief”. The text would read that I would slip into bedrooms, steal children from their beds, and escape without a sound. This is true, but I never did kidnap, I consider it saving them from the horror of the ignorance of the pain and corruption that plagues the minds of the lower class. Trapped under the turmoils of a freezing life no cloth or embrace can salvage warmth from a sky acting as a top to contain us in the frozen pond. In a sense, I am a legend, but in my tale, I am just knuckles on a windowsill.

Receive stories by Connor Best in your feed
Connor Best
Read next: The Hammer Man