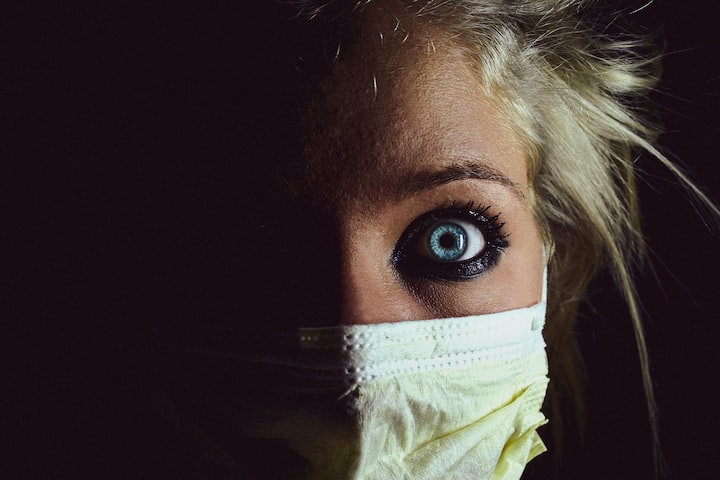 Part 3: Death Has an Order

Sahana liked a lot of things about Rhiannon. She adored the curve of her hips, the sharp angle of her jaw, the chestnut eyes and hair as black as midnight. Her intelligence. Her skill. More than anything, she loved her trust. Rhiannon, a top neurosurgeon by day and selective assassin by night, had carried out countless operations, legal and otherwise. For all the world, Rhiannon should be untrusting, ruthless, and cold. Somehow, despite this, she trusted Sahana with an almost childlike devotion. She seemed caught under her spell, entranced.

And this was exactly what Sahana wanted.

Sahana wanted both of them, but especially Rhiannon, to join her cause. She knew that Rhiannon would be brilliant, but that would have to come later. Sahana was still building trust. When she felt like the time was right, she would bring Rhiannon in. Soon. But not yet.

Other members of her secret organization, Doctors With Hope, seemed to think that they were doing the world a great service. They were cleansing the gene pool, they thought, or preventing women who had no business being mothers from bearing children. Her colleagues were called to a higher purpose, and they staked their life on their vision of a better world.

Sahana understood this view, but she didn't buy into it. She just liked killing. She liked the power. She liked being God. To each their own, she thought. Whatever gets the job done.

Her thoughts shifted as the light changed and she crossed the street. Last week, there had been another Doctors With Hope meeting, this time at the house of a tech titan in southern California. She had told her husband she was traveling for work. Which, in a way, she was.

She frowned as she remembered their discussion from that night's meeting. It had been such a lovely day up until the evening: lying beside the pool, flirting with some of the hot young recruits, enjoying the warm coastal air. But the minute the meeting started, she felt that familiar pressure, an annoying urgency.

"So," Dr. Williams had begun once they were all convened, shaking her out of her distracted musing on a particularly tasteful painting hanging on the drawing room wall. She looked at him disinterestedly, taking in his expensive tuxedo, his blond hair flecked with silver, the mask partially covering his face. She hated those stupid masks. It was House's idea to wear them in the first place, and, considering that he was now declared braindead, she didn't understand why they were still carrying on the tradition.

"So," said Dr. Williams again. Sahana paid attention this time. "When can we expect our two new recruits?"

Sahana sighed and resisted the temptation to roll her eyes. She was tired of this conversation.

"Neither of them are ready yet," Sahana replied curtly. "Rhiannon is almost there. Amar needs more coaxing. But we will get them."

The other DWH members had been on her case about convincing Amar, her husband, and Rhiannon, her lover, to join the cause for some time. The problem was that Amar, still influenced by his Hindu upbringing, had a problem with bringing death on other people. And Rhiannon, puzzlingly, did not agree with their cause, despite serving as an assassin herself. Try as she might, Sahana just couldn't understand it.

Sahana frowned, coming back to the present. She'd have to deal with the problem eventually. But for now she was lost in a swirl of hips and skin, remembering last night, both frustrated by and obsessed with Rhiannon. It maddened her. She didn't like anyone or anything having a hold on her, and yet here she was.

The light was green, and she crossed the street, then turned right. A few houses down, she reached her front door. She straightened as she got closer to home. She composed her face, erasing her self-satisfied air and replacing it with the innocent wife façade. She never knew when Amar would be home; being a doctor at a major hospital made sure of that. She wanted to be ready, just in case.

As she started climbing the stairs to the porch, something caught her eye. It was small, rectangular, and leaning against the door. She bent down to pick it up. It was just a box. A small box wrapped in plain brown paper. It was no bigger than her hand. She flipped the box over. There was no writing on it. No string. No address. No stamp. Nothing.

She inserted the key into the lock and turned the handle with one hand, holding the little box in the other. In the foyer, she dropped her keys on the table and placed her white leather bag on the floor. She turned the box over in her hands a few more times, willing it to spill its secrets. Finally, unable to wait any longer, she tore the paper open and lifted the tiny lid.

There was nothing inside but a handful of flowers. Her face scrunched up into confusion. The flowers were a golden color, with a bit of red, petals exploding like sunshine from the center.

Sahana was still confused. What kind of freak would leave her a little box of flowers without a return address? What did it mean?

Slowly at first, then rising quickly, a tingle of dread began to creep up her spine. Marigolds. There was something to marigolds, wasn't there?

Then she recalled it. The girl with the wrist tattoo. The marigold tattoo wrapping all the way around her delicate wrist. Marigold. A particularly nasty job. A particularly delicious one.

Sahana Persaud did not experience fear. She was death; death did not own her. But she knew a bad feeling when she felt it. She didn't make it this far by not paying attention.

Sahana thought back to the details of Marigold's murder. She had been a disgusting little cretin, mentally unsound, drug-addled. Sahana had known how to get the job done, and by the time she had finished, you couldn't even tell what that wrist tattoo was.

But how had this caught up with her? Marigold had had no family. No one could possibly love her. No one could trace this back to her. It all had to be some sort of coincidence, right?

Sahana felt exhausted. It was all too much to handle. She sighed, running her hand across her forehead. She walked into the kitchen and dropped the box of marigolds on the table. Then she poured herself a glass of red wine–the Vinho Verde that she preferred was back at her apartment, not here in the house she shared with her husband–and sat down at the table in front of the box.

Sahana did not fear, and she did not regret. But just this once, it crossed her mind that she might have gotten too far into all this. Surely she could have found an outlet for her appetite for death in ways other than Doctors With Hope. That way, she wouldn't have to drag Amar and Rhiannon into it. Maybe she shouldn't have gotten involved with Rhiannon in the first place. But that skin, she thought. Those eyes.

Sahana sighed, and was about to reach for her wine, when she felt her hands suddenly gripped behind her. They were being tied together and to the chair. Someone was putting a blindfold over her eyes. Whoever it was, they acted quickly, and before Sahana could register what was happening, she was restrained.

Then, there was something at her throat. Something sharp. Something metal.

"This ends now." It was Amar's voice. "No more Marigolds."

Sahana felt slapped. She felt like a fool. All this time lying, building up her murderous kingdom, living multiple lives behind his back, and she hadn't even deceived him.

The front door opened and closed. Sahana heard the clack of heels, the swishing of a coat. Laughter. She would know that laugh anywhere. She would burn down entire civilizations for that laugh. She would give up sleep. She would die.

Thank you for reading! The next part will be coming to you from Liz Sinclair!

A writer, teacher, traveler, and long-distance hiker in pursuit of a life that blends them all.

Read trail dispatches and adventure stories at my website.

More stories from Sarahmarie Specht-Bird and writers in Fiction and other communities.