by John Eva 4 months ago in Young Adult

Memoirs of a teacher 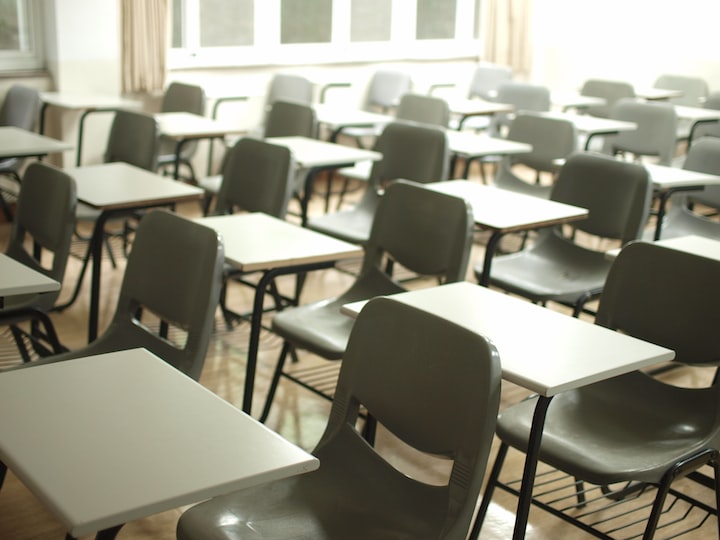 Photo by MChe Lee on Unsplash

"Why do you suppose we dream?" She asked.

Isa was always asking questions like that. Do you think the sun and the moon are in love? How many souls can exist inside one person at a time? Why don't the wolves go to war? What were barn owls called before there were barns?

I never knew what to do with them. But one happened. Every. Single. Class. Really it's on me. I kept asking if anyone had any questions without a qualifier that it pertain to world history.

"I think that's a question for Mr. Gee, but if I had to guess it would be electrons pulsing somewhere" I wasn't a science teacher for a reason. She nodded as though she would in fact ask Mr. Gee later.

Isa LeClaire. An enigma. She was in eighth grade.

As a teacher you're not supposed to have favorites. But I usually have a few. Justin Kramer two years ago would usually make me laugh. On the inside of course, you're not allowed to find the class clown as funny as everyone else. Especially if you're the subject of the material. He was funny though.

Tommy Parks was a brilliant kid, could've done anything he wanted to. I heard he ended up dropping out of college at Baylor. Sometimes that happens.

Isa LeClaire was my favorite that year. Not only for some of her questions, but her answers as well. Why did Rome fall? According to Isa it was so that we could focus on the Byzantines in chapter 11. I think I ended up giving her half credit, because it certainly wasn't right, but I award creativity.

That's how Isa was.

She didn't exactly have friends from what I saw. Now, a teacher doesn't see everything mind you, but we see enough. We see when we enter a classroom whose desk kids are crowded around. We see the notes being passed. We usually let them go too, because we remember what it was like. No notes ever came across Isa's desk.

"What happens when we die?" She asked, one February morning.

"That's" I remember taking a long breath a philosophical question, and I don't teach philosophy," but there was still some time left in the class, and I don't like leaving things on an empty note where everyone is focused on things I don't teach. "What do you suppose happens when we die Isa?"

"Oh, I don't know" she said, and stared into a wide open nothing, "I bet it's beautiful though."

Her seat was empty the very next day. She wasn't dead if that's what you're thinking. No, her family moved a county over. A few days later we got another student. A transfer from Ohio. Greg Lions. He's the one that died. In that seat, peering out of that same window, on the 10th of February.

It was a coincidence I was often asked about by students in that class and never had an accurate answer. "Brain aneurysms happen sometimes" was all I could usually muster.

The same thoughts that swirled in their heads were the same that provoked me to wonder that same question. What does happen when we die? Did she know? She couldn't have. That's impossible.

I like to see myself as logical. I'm a teacher, I have to be.

It's been six years since that day though, and I still don't let anyone sit in that seat. I'm often asked why. It's so I have a place to sit when you give presentations is my answer. It's accepted. They don't know.

You'd think I would get over it. It's a single occurrence, nothing too out of the ordinary. But it gets to me, and it grows on me the more I don't let students sit there. When I sit in that seat though, I catch myself staring out of that window, hoping.

I hope that it is beautiful.

More stories from John Eva and writers in Fiction and other communities.