by Mark Gagnon 4 months ago in Adventure
Report Story

Always listen to that little voice in your head. 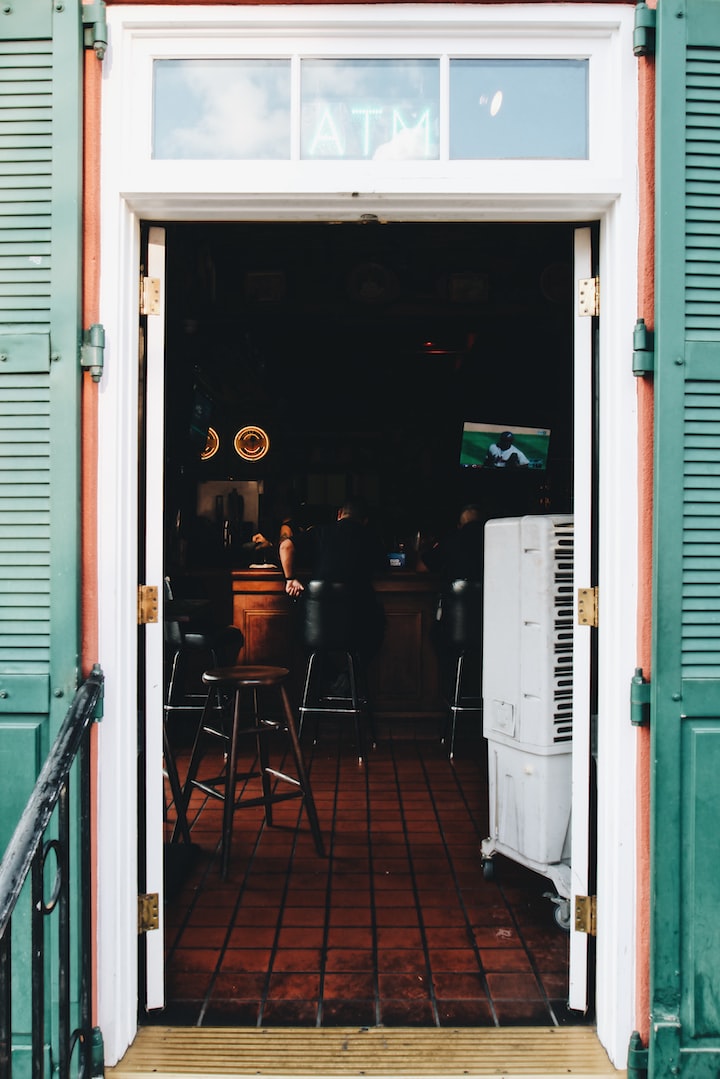 Photo by PJ Gal-Szabo on Unsplash

Some places just put my internal alarm systems on active standby. Alma Latinas was just such a place. Sure, I’d visited this cantina before with several friends, but never alone. Actually, Gringos never visit this part of Nuevo Laredo alone, and I know this, so what the hell am I doing here? When you’re twenty and bulletproof, in your mind anyway, no place is off limits.

The night started out with four of us doing a cantina crawl. As the night stretched on, several of the guys met some nice virtuous senoritas, and I knew I wouldn’t be seeing them until sometime tomorrow morning. Sir Robert, of the weak constitution, had faded back across the border several hours ago. That left me wandering around places I shouldn’t. Finally, I saw a sign, not from God, but it could have been; it was multi-colored neon and made a buzzing sound. My salvation, Alma Latinas.

When I walked through the door, all my senses were immediately assaulted. Loud mariachi music was playing. The interior was lit in dull yellow light, so I had to strain my eyes just to navigate my way to the bar. The place smelled of stale beer and tequila with just a hint of vomit. As I ran my hand along the bar’s surface, I could feel my fingers stick to it. My shoes had already become entrapped in the flypaper that was supposed to be the floor. I ordered a shot of tequila, the good stuff with the worm resting at the bottle's bottom, and tried to drink without grimacing.

It didn’t take long before a couple of large, well-tattooed gentlemen, wearing leather vests with the word Banditos emblazoned on the back, stood on either side of me. The larger one, speaking in a Texas drawl, said, “What in the hell are you doing in here alone, boy?” That’s when my Survival Sense kicked in, blaring a loud warning in my head.

I actually knew these guys. We Air Force pukes, as they fondly referred to us, and the Banditos, Texas’s chapter of the Hells Angels, had actually partied together a few times. Usually, all went well until too much beer flowed. Once that point was reached, it was time to bail in a hurry or see what the inside of a Mexican jail looked like. My senses told me that the situation was almost at that tipping point.

I exchanged pleasantries with the gentlemen for a short time, hoping the shorter of the two, only six feet three inches, didn’t remember our last encounter when I had gifted him a black eye. Finally, an opportune moment presented arose, and I excused myself, feigning a need for a trip to the men’s room. No one with working olfactory senses actually goes in that room. The ruse worked, and I skirted the far wall, making it to the exit. As I started walking out the door, I heard a resounding crash as a table collapsed under the weight of a person who had just been tossed onto it.

My departure was none too soon. The local Policia was already exiting their cars, batons in hand. They rushed past me like I didn’t exist, which was an excellent development for me. Normally, a lone person exiting a bar where a brawl is in full swing is the first person they detained.

Off toward the East, I could see a faint glimmer of the morning sun’s rays peaking over the horizon. Once again, thanks to my Survival Sense, I had lived to see another tequila sunrise.

It was a beautiful sight!