Pulses of our Past

Choices for the Future 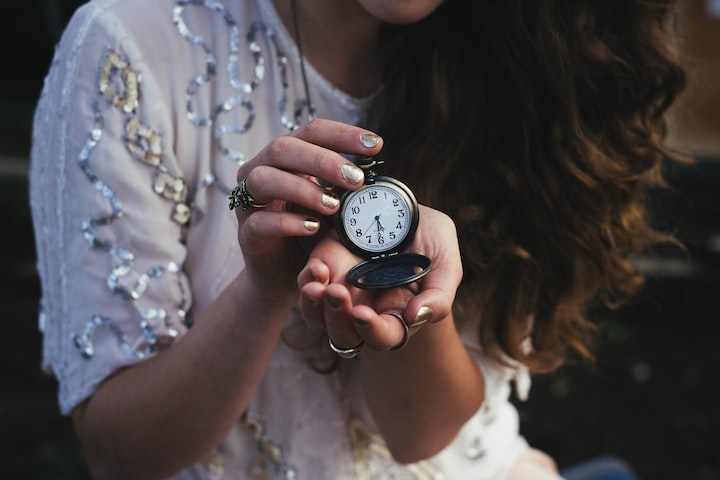 Photo by Rachael Crowe on Unsplash

The movies and old books, they all got it wrong. There was no global war or nuclear destruction. No city sized asteroid or alien invasion or widespread infection. It all just went quiet. Without warning, without any reasonable explanation, everything just kind of…shut off. That’s how my grandmother would describe it anyway. When I was a child, she would often entertain us with stories of a supercharged world where streets were completely illuminated at night, and cities full of massive structures whose outer shells flickered and glowed with the most beautifully colored displays and signs, and of the devices that connected them to any information and with anybody, in any part of the world, in an instant. I always suspected she embellished quite a bit, but we all enjoyed her wonderful tales just the same.

When she passed, we all took great comfort in knowing she had lived a long and amazing life – at least according to her stories. And, that it is through those stories that she will live on in our memories. Her stories and the oddly shaped locket she cherished more than anything. The heart shape was unmistakable, but I could swear that the piece that extended from the bottom of the heart made it look like a key. My grandmother later confirmed it was in fact the shape of a key, but had no idea if it was an actual key that unlocked anything. It had been a gift from her father, who had received it as a gift from his father. She said that neither gave any indication that it served any function other than symbolic.

The only time her father actually ever spoke of it was when he gave it to her, providing her with the same sweet but cryptic message she passed along to me when she gave me the locket: “It’s the choices made within our heart that hold the key to the future.” I asked her if that’s what the inscription along the outer edge of the heart piece translated to. She simply chuckled with a no, explaining that even complete, whatever was etched on the locket was pure gibberish. Only the letters Kla…a faint ba…and kto remained. She claimed that she never could figure out how to open the locket and figure out what it contained – if anything.

My grandmother was a teenager when the flare happened. Not long after the event occurred, scientists determined a solar flare was the most reasonable cause. Without any power, there was no equipment or way to completely confirm it. But a solar flare was the only logical explanation for such widespread power outage – not to mention the vast territories of desolate and irradiated land. Oddly enough though, communication with other villages confirmed these radioactive dead zones actually surrounded what used to be major cities. The dense green haze and odd light distortions that occupied the dead zone air space made it nearly impossible to identify any shape – or sound – conclusively. The scientists at the time never were able to explain it. Or, if they had, any rational explanation was replaced with superstition and mysticism and ultimately lost to legend over time.

On really clear days, you can almost see the outline of the shapes and patterns that grandma described as lining the sky. On particularly calm days, you can even hear what seems like faint screams and rather unsettling cries that could indicate nothing less than pure agony. This only fueled speculation that there was still life in these cities – human life. And that life within them was wild, chaotic and treacherous. Extraordinary tales of feral humans, and cannibalism, and pure anarchy provided for excellent cautionary devices…as well as nightmare fodder for small children. These stories were completely unfounded, of course, as nobody has been in – or out of – cities since the flare. The radioactive dead zones ensure that. Hundreds of lives were lost early on learning this. Nobody dares venture near the outer boundaries. Fear and caution aside, there really was no need to.

Life was peaceful and prosperous. Communities worked collectively, and harmoniously. Lives were full, rich, and healthy. What conflict did arise was minimal, and easily navigated. The reality we lived was in stark contrast to the horrific depiction of life in the cities – both presently and in the past. It was honestly hard to fathom such an existence was even possible. It was also hard to wrap my head around the fact that in her ninety-some years of life, not once was my grandmother able to explore the locket’s contents. As I sat at the edge of the bed toying with the locket, warmly recalling all of the wonderful moments we shared with my grandmother, I couldn’t help but also be curious. What secrets does this locket hold? What stories did it have to tell? Curiosity would have to wait though. The day’s light had gone, and the dying flicker of the last candle signaled it was time to sleep.

I met the next morning with particular annoyance. Normally, the winter sun normally creeps through the east window, subtly and slowly driving the lingering remnants of the night’s cool air from the roam before gently coating the interior with a soft warming glow. Rather than the gentle, slow brush of light across my eyelids, I was assaulted with abrupt and brief flashes of bright and intense light. It seems that where I had placed the locket before lying down was the ideal spot for the locket to reflect the rising sun…into my eyes. After collecting myself for a moment, I realized that it actually wasn’t the surface of the locket providing the aggravating flicker. For some reason, only a miniscule spot, directly in the center of the heart, appeared to capture the light.

I sat holding the locket for several minutes, moving it in and out of the sun’s beams, watching the reflection dance and jump across the ceiling. My mind quickly flashed to an image of a large, odd piece of glass – a lens – that my grandfather would sometimes use to look at small print in old books. I rushed to the deteriorating old book shelf that my father stashed all of my grandfather’s tools and reading material and grabbed the lens. I quickly investigated every magnified inch of the locket – particularly the center of the heart – and found nothing. It wasn’t until I had set the locket down and was playing with the directed light through the lens that it occurred to me.

I positioned the locket on the table so that it was just out of reach of the direct sunlight. I stood between the table and the window, catching the light with the lens and directing a pinhole sized beam at the center of the heart. Within seconds, two small half-heart shaped doors sprung open from the front of the locket. My own heart began pounding, and my mind raced. My excitement was quickly replaced with confusion as I looked inside. The inside of each door was engraved with a set of characters that didn’t appear to form any cohesive message. On the left door was inscribed: 19-HB40-EHN51. On the right: -20-DS08. Otherwise, it was just a compass – only something was off. Magnetic compasses have all but been completely useless since the flare. The magnetic needles either completely freeze in place, or spin uncontrollably without rhyme or reason. The heart compass did neither. It didn’t spin uncontrollably; it remained fixed but to a point, not frozen in place. It appeared to…work!

In my excitement, I had still somehow managed not to wake anyone else in the house. Without knowing where it might lead, or what dangers it might present, I decided it was best to not wake anyone and continue my stealth as I collected some water and a few small previsions and crept out of the house. The needle pointed southeast – away from the back of the house. Ok, maybe it didn’t work entirely. At least not as we were told it was supposed to – pointing to the north. Nonetheless, I know it was telling me to go somewhere. Somewhere nobody has been – or seen – in generations. The air was a little humid already, so I hoped my exploration brought me back before the intensity of the afternoon sun made traveling too unbearable.

After what could not have been any less than an hour or wandering through a lifeless and shade less desert, a small, faint structure began to take shape in the distance. As there was seemingly nothing else around for miles, it was clearly out of place – and human-made. A large dilapidated sign precariously clung to its last thread of security impeded the entrance to what I soon recognized as an abandoned mine. This in of itself was not unusual as mining and cave exploration had all but been abandoned about a decade before I was born. This mine, like the compass locket, was unusual though. Through the gaps between the dry-rotted boards, the near-noon sun illuminated an unnaturally smooth section of wall along the right side of the shaft entrance. It was the same color as the rest of the wall and appeared to blend seamlessly. With a cursory glance, most would likely completely miss it. But this wasn’t some accident of nature…this part of the rock was made this way.

I fallowed the outer edges of the smoothed section looking for any gaps or seams, but found nothing. I stepped back to just look at the anomaly and was mere breaths away from discouragingly turning away from what was undoubtedly a dead end at this point. However, in yet another instance of luminary happenstance, the dim glow from my lantern revealed an unexpected flicker as the light chased the shadow across the stone feature. Once again, directly in the center, was small abnormality – only visible in the right light conditions. Upon loser investigation, it appeared to be a small hole. A small key sized hole at that. I immediately thought of the locket and how it often resembled a key. Unsurprisingly, it fit. I was not prepared, however, for what it would reveal.

The room behind the door was completely enveloped in a soft blue fluorescence that seemed to pulse. Behind a large console, that spanned the width of the room, stood a large mechanism. At its base was a large ring that maintained a bright and steady blue glow while blue pulses synchronously jetted up a metallic cylinder toward the ceiling. The pulses were consistent, darting up about every 5 seconds. This room had power…but how?! As my heart began to race and questions flooded my mind, I noticed a panel on the expansive console, just left of the central panel that housed a large lever. The left panel contained a series of dials etched with sets alphanumeric characters, and each dial had a corresponding character slot above it. All breath and sense nearly left my body as it occurred to me the number and spacing of the character slots perfectly matched that of the characters etched into the small locket doors. I reached for the first dial to begin entering the appropriate characters, but my curiosity and excitement quickly gave way to fear as uncomforting questions began to surface. What was this device…and this room? What does this actually mean? What could I unleash by toying with the past? Should I tell anyone? Or, perhaps, some secrets of the past should remain secrets.

Receive stories by S.P. Ross in your feed
S.P. Ross
Read next: Magical Roman Barn in The Marigold Field