by Nicholas Kleinhenz 9 months ago in Short Story
Report Story

What happens to humans between Life and Death? 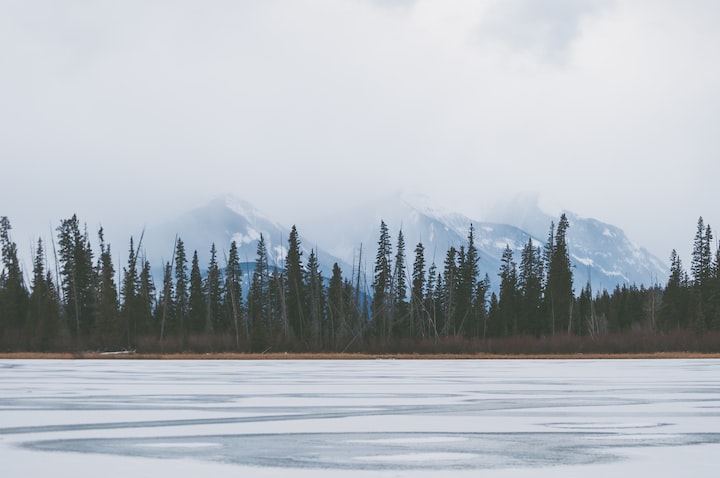 Marcus ran as fast as he could. He could feel the icy wind whipping the flesh on his cheeks into a rosy red blush. The boy’s heart was pounding against his chest and his breaths had turned into wheezes. He looked back to see his pursuer, and older brother, Anthony quickly closing the distance between them. Anthony was two years older than Marcus, but he was quite a bit more athletic. Little did they know, their game of tag was destined to end more abruptly than either boy had thought.

Marcus sprinted onto the frozen lake and stumbled as he attempted to maintain his balance on the slick sheet of ice beneath his feet. Anthony, however, stopped at the edge of the lake. He watched as his younger brother struggled to stay upright. Anthony looked back toward the house.

“Mom’s gonna kill you, Marcus!” Anthony shouted from the shore.

“Nuh-uh,” shouted Marcus as he squatted down to prevent himself from slipping any more. “Mom won’t know if you don’t tell her.”

“I won’t tell her if you come back right now.”

“Then admit I won the game!” Marcus called back. He was still out of breath from their game of tag, but, in his mind at least, he had won.

“Fine,” Anthony said after a couple seconds. “Now let’s go back to the house and drink hot cocoa!”

Marcus smiled at the thought of sipping hot cocoa beside the fireplace as they warmed their nearly frostbitten hands and feet. He took a step toward his brother and was startled by a loud cracking sound. The first loud crack was followed by multiple crackles all around him. “Anthony,” Marcus said aloud as he took another step. This was the last thing he was able to say before he was plunged deep beneath the surface of the lake.

Anthony watched his brother fall beneath the ice. “Mom, Dad!” Anthony screamed as he ran back to the house. The distance wasn’t very far, but he knew there wasn’t much time. His parents met him outside with worried looks on their faces. He told them what happened to Marcus between desperate gasps for air. Their father ran down to the lake, covering the distance much faster than Anthony had.

Marcus awoke in a dark, dark place. He sat up and brushed himself off. “Hello,” he asked the black emptiness that surrounded him. “Is anyone there?” The boy’s eyes began to adjust. He could see slimy walls and some sort of disgusting-looking muck on the floor. “Where am I?” he asked hesitantly.

As he looked around, Marcus saw a green light in the distance. It was beginning to illuminate his surroundings as it approached. “Hello,” he shouted again. “Is anyone there? I’m scared.”

A nearby door opened swiftly and an older boy was standing there staring at Marcus.

“My mom said not to talk to strangers.” Marcus replied hesitantly.

“Well, it’s safe in here.” a girl said as she pushed past the older boy. “The monster will get you out there.”

“M-monster?” Marcus asked. Frightened, he looked around for any tell-tale signs of a monster. All he could see was the green light getting brighter as they talked.

“What’s your name?” she asked.

“Come hang out with us for a bit, Marcus.” she asked with a sense of urgency in her voice.

“We don’t have time for this. He won’t make it.” the boy said as he glanced down the tunnel at the green light.

“I have to go get him.” the girl said. As she began to take a step forward, another lady pushed through the cramped doorway.

“I’ll go.” the lady said. She rushed to Marcus and knelt down in front of him. She opened her arms and embraced Marcus in the tender, loving way that a mother hugs her own child. “It’s going to be okay, honey.” she said as she pulled him in tighter. “I’m Lisa. Everything’s going to be okay. I’ll protect you from the monster.”

“Promise?” Marcus asked as he began to cry.

“I promise.” Lisa said quietly just before she disappeared right in front of Marcus. The green light that had been illuminating the tunnel passed overhead and continued on its way, but Lisa was nowhere to be seen. Marcus began to cry even harder now.

An older gentleman dressed in a nice suit sprinted out of the doorway, picked Marcus up, and hauled him into the small room. Several strangers were sitting around the room with exasperated looks on their faces.

“What did you see out there, Marcus?” the girl from before asked.

“That lady disappeared.” he replied with tears in his eyes. “Where did she go? Did the monster get her?”

“No, the monster didn’t get her.” another man said as he checked on the one that has carried Marcus inside. “She had to go somewhere, but she said she’ll come back real soon.”

“My chest hurts really bad.” Marcus said as he struggled to breathe.

“Take off your coat and try to relax.” said the man who had carried him as he sat down beside Marcus. “What do you remember before coming here?”

“I was playing on the lake with my brother. Then I fell through the ice and woke up here.” Marcus answered. “I miss my momma and my brother.”

“You’ll get to see them again real soon. They’re going to come looking for you.” the last stranger said from the far corner of the room.

“My chest hurts really bad!” Marcus said as he placed his hand over his heart. The group watched as Marcus, or rather his image, began to turn from opaque to translucent. Marcus looked down at his hands. “What’s happening to me?” he asked in terror.

The girl smiled at him. “It’s going to be alright, Marcus.”

The younger boy placed his hand on top of Marcus’ head. “Give your mom and brother our regards.”

The room and everyone in it disappeared. Marcus felt weightless for a moment before feeling like he was being slammed against the ground repeatedly. He woke up coughing and puking water out of his lungs. He was shivering and his chest hurt terribly. Marcus began to cry as he recognized the frightened faces of his mom, dad, and brother. They all hugged him and cried along with him.

Marcus and Anthony’s dad carried him back to the house where he was put into a warm bath and had a warm towel wrapped around him. Marcus could not stop shivering or crying. His mom did not leave his side.

Marcus told her about what had happened while he was beneath the ice.

“It sounds like you had an interesting dream down there.” she said as she hugged him tightly.