Tales of remorse and revenge 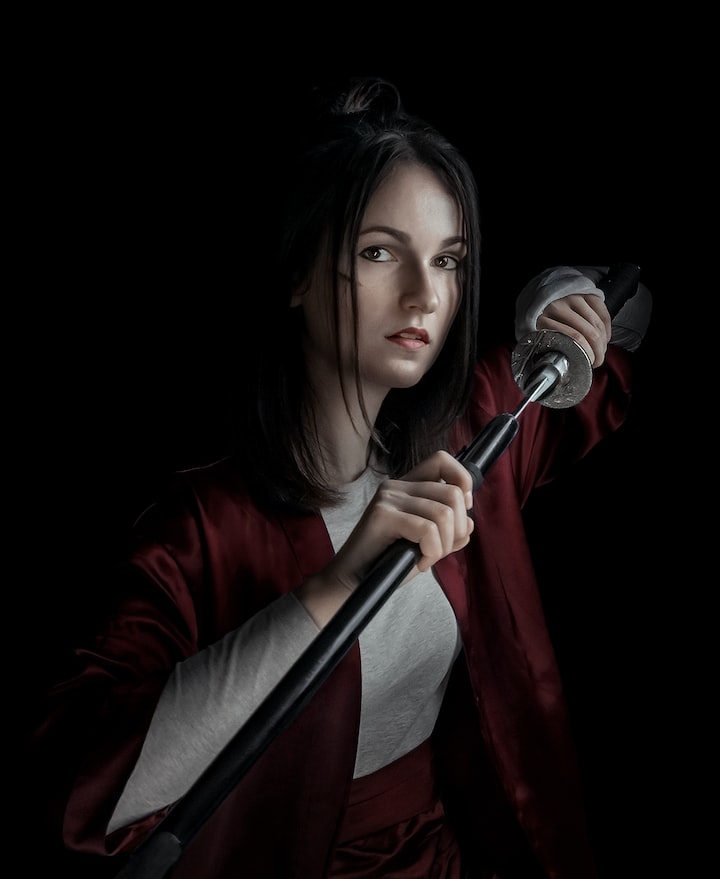 Photo by Some Tale on Unsplash

You will start with an apology, Amryn told herself. You are not the person you were. You have to be better. For Lily.

Her eyes locked on her target—contact, she corrected herself—from across the room. She made her way across the crowded bar until she was standing right behind the contact. Just before she took a breath to say something, the woman in front of her turned around in her seat and glared.

“I didn’t think I’d see you in Lahar,” Raven said, putting down her wine glass. “What are you doing here?”

Raven smiled humorlessly. “Leave me out of it.”

“Nah.” Amryn sat down across from Raven and dropped a bag of gold on the table. “For your time.”

“By selling things that weren’t mine.”

Raven shook her head. “Are you going to be in Lahar for long? I think you’d get along beautifully with another enemy of mine, and I want to make sure you never meet him.”

“While he sounds like fun, there’s someplace I need to go. Do you have a boat?”

“You would know about my ship better than I.” Even Amryn couldn't miss the bitterness in her voice. Yes, she'd cost Raven her ship and crew a few years back, but that was old news. Now Amryn needed help, and Raven was clearly back on her feet.

At the skeptical look Amryn gave her, Raven sighed. “Yes, of course I have another ship. But I’ll be damned if I let you anywhere near it.”

“Even if,” Amryn said, leaning across the table, “I can tell you the location of the only person you hate more than me?”

The apartment complex was a dump. Broken windows and cracked walls led Raven to believe the building was abandoned at first, but stepping inside, she picked up the sounds of muffled voices and creaking footsteps, as well as the rather strong scent of alcohol. The place was lived in, all right. It reeked of misery.

Good, Raven thought. She toyed with the idea of leaving Mira here to suffer, then quickly dismissed it. She had wanted this for too long.

“I've never understood it,” Amryn said quietly from behind Raven. “Revenge. A grudge is just a constant stream of bad feelings. Why would you hold onto it when you could just…” She trailed off, but Raven knew what she was thinking. Why dwell on unpleasant feelings when you could just distract yourself? Force yourself to enjoy life instead?

“If that’s how you feel,” Raven said, “No one’s ever truly wronged you.”

Raven rolled her eyes, knowing Amryn wanted her to ask. But Amryn’s issues weren’t her concern. She walked up the stairs without another word, leaving Amryn alone in the doorway.

Twelve, thirteen, fourteen… here. Raven raised her hand to knock, then thought better of it and kicked the door in. She burst into the apartment and found herself standing in front of her old captain, the woman who had sold her out to the gang Amryn represented. Mira’s eyes were wide and unfocused, and she held her sword as if she wasn’t quite sure how to use it. She’d only had the sense to grab one scimitar; the other was still hanging from the wall, and—was that dust on the blade?

Mira lunged forward, a reckless, desperate attack. Raven dodged it and, with a flick of her blade, disarmed her old friend with ease.

“Mir,” Raven chided, “What have you done to yourself?” A feeling of wrongness was creeping up her throat. Mira had been Raven’s captain and mentor. Raven had prepared herself to face the Mira she knew, the woman who had never been outwitted or outmatched. The betrayal was one thing, but seeing her living in this landlocked shithole of a home, swinging a sword with as much skill as a beginner—well, that hurt almost as much.

Raven sighed. “You know, these past few years, I’ve asked myself a lot of things. I had a lot of questions for you.” She paced around the room, kicking discarded clothes and bottles out of the way with disgust. “Why would you betray me? What did I really mean to you? Was any of what we had real? Don’t answer that,” she snapped as Mira opened her mouth.

After years of wondering what could have possibly bought Mira’s loyalty, she’d finally concluded that there had been no loyalty in the first place. Raven had seen Mira as a friend, almost as family—but there wasn’t any such thing in Mira’s world, was there? Raven had simply been deluding herself. There was no honor among criminals.

“I looked up to you. I learned so much from you. But," Raven took a deep breath. “I don’t need answers from you anymore. Well,” She paused, considering. “Actually, there is one thing I'd like to ask.” She drew a dagger. “Which eye is your least favorite?”

Mira looked on as Raven circled the room, trying to clear the fog from her mind. She was tired, and probably drunk, and she couldn’t quite see clearly. She still wasn’t sure she wasn’t hallucinating the presence of her old friend. Her nemesis, apparently. Raven had deserved better.

She looked closer. Raven had changed. She carried herself like a queen; every trace of the scared girl who first joined her was gone. Nor was there a trace, Mira noted, of Raven’s compassion, her openness, her dry humor. Mira missed that. But then again, what had she expected?

Not vengeance, she realized. Raven had never seemed like the type, had always been rational like that. I don’t need answers from you anymore, she was saying. Mira wanted to nod her approval. Raven had learned an important lesson thanks to her, and had come out all the stronger and sharper and more wounded for it. When your allies betrayed you, you stopped needing them. When your mentor failed you, you became your own. I’m proud of you, Mira almost said. I’m sorry.

Mira inexplicably found herself thinking of the day the first ship she’d worked on set out to sea. She remembered the feeling of finally being free of her abusive mother, her suffocating house. For the first time, she was treated like a person. For the first time, her skills were met with approval instead of derision. She had vowed to never go back, except maybe for revenge.

She wondered if she deserved it.

Amryn was waiting for Raven outside. “You certainly took your time,” she said in greeting.

Raven shrugged and headed down the street, Amryn in tow. They would have to catch a cab; the harbor was hours away by foot, and Raven refused to walk that far with Amryn as company.

“So,” Amryn said after a minute of silence. “Am I going to get a thank you? A pardon, perhaps? Or do you still hate me?”

“Are you going to hunt me down someday too?”

“Maybe.” Raven flagged a vehicle, and it pulled up to the side of the road next to them.

Amryn grinned. The woman hadn’t changed. Still obnoxious, with zero survival instincts. “Guess I’ll have to be ready for you.”

“Guess you will.” It came out as more of a challenge than Raven had intended, and she felt a stab of righteous pride when she saw the color drain from Amryn’s face as she scurried into the cab.

It was going to be a long voyage.

It had been a short voyage. Amryn had expected time to craft the perfect apology, a speech that would make Lily let Amryn back into her life. Instead, Amryn had blinked and suddenly Raven was saying see you never and leaving her in the harbor; suddenly she was standing in front of Lily’s house, the closed door seeming nearly as impassable as a brick wall. It was okay, though. She didn’t need to be perfect. Being herself would be enough. It had been enough before.

You will start with an apology. For real, this time. Amryn took a deep breath and knocked.

“Amryn! How many times do I have to tell you to knock?” Lily was trying and failing to look stern, the smile creeping over her face betraying the tone of her words.

“I’ve never knocked on your door, and I never will.” Amryn sat on the couch next to Lily and put an arm around her.

“Too busy for me?” Amryn looked around. Lily didn’t seem occupied. There was a book open on the table, but that could wait.

“You need to knock on the fucking door.”

“You’ve been crying.” Amryn left the door open and ran to Lily’s side. “What’s wrong? Can I help?”

“Don’t try to tell me you actually care,” Lily spat. “You don’t care about people, you just care about what they can do for you.”

“I… don’t see how those things are different.” Amryn knew it was the wrong thing to say, but she knew Lily would understand. She had to understand.

“What the hell is wrong with you?” Lily shoved Amryn away.

“Well if I can’t help with whatever’s making you sad, shut up about it then,” Amryn snapped. “What do you want me to do?”

“Jesus, fine, I’ll knock if it’s that important to you—”

Amryn’s stomach twisted. This wasn’t real. It couldn’t be happening.

Amryn forced herself to turn around and leave. It’ll be fine, she told herself. I’ll be back tomorrow. She kept walking. Eventually, her feet took her out of town, as if they had a mind of their own. She wanted to destroy something. She wanted to hurt someone.

She didn’t look back.

The door slowly opened, and suddenly Amryn was face-to-face with Lily, whose beautiful eyes widened in surprise. And maybe a bit of fear.

More stories from May and writers in Fiction and other communities.