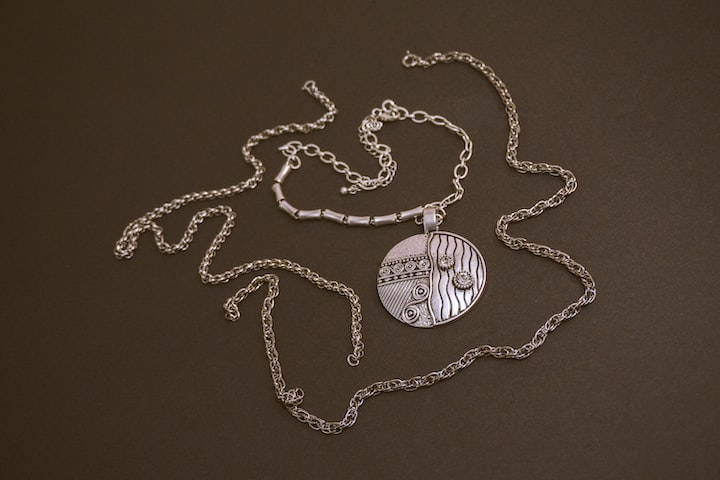 Photo by Brian Wangenheim on Unsplash

Jameson had walked, and sometimes even run, these trails and paths for years. He was pretty sure he could do them in his sleep. In fact, he often dreamed that he was walking along the trails carved out between colourful trees that took him up the mountainside and then down towards the calm water of the lake on the other side.

A dog wasn’t unusual on the forest trails, but this one seemed different. It was a small, wiry thing with blond fur the colour of corn silk sticking up every which way as if it had been electrocuted. It was digging madly through a pile of leaves that were soggy and discoloured on the side of the trail, a mass of red and orange and yellow and brown. Jameson watched it for a moment and then realized what was so strange about it. The dog was alone. There was no one around. He hadn’t seen anyone on the trails for quite a few minutes, and it was early in the morning. Where was its owner?

Jameson hunkered down into a crouch and lowered his voice. “Hey boy,” he said softly so he didn’t frighten it. “Where is your owner?” The dog just glanced at him with large brown eyes and then continued its frantic mission.

Jameson inched closer. “What is it?” he asked, not expecting an answer. “What have you found, little guy?”

And the dog had indeed found something. Something shiny poked out from within the dull leaves.

The dog pawed at the object, dragging it out onto the path. It was a necklace, large and round like a medal.

Jameson leaned down to pick it up, and the small dog bared its teeth at him and growled low.

“Easy,” Jameson said soothingly. “It’s okay.” The necklace was circular and fit almost exactly in his palm. It was silver. Or silver-plated anyway, and a large gem sat in the centre, glowing the same vivid red as the leaves that surrounded it, glinting in the September sun, catching the light and sparkling.

Jameson glanced first down the trail and then up, into the thickening trees. Whose was this? Was the owner nearby? Had someone lost it? There wasn’t anyone else in the vicinity that Jameson could see.

He felt like he was stealing. But there was something about the silver disc that tugged at him. His fingers curled protectively around it. It seemed strangely warm in his hand, despite a cool mist hanging around from the morning. He stuffed the necklace in the pocket of his coat and continued on his way but stopped when he heard a soft tinkling noise from behind him. The dog was following him. “Go,” Jameson said, flicking a hand at the creature. “Go on, your owner is probably looking for you.”

The dog stopped and stared at him mournfully with its large eyes, its tail moving slowly, hopefully back and forth.

Jameson continued down the path that had started to slope downward. The tinkling resumed. He glanced over his shoulder. The dog was only a few feet behind him.

Jameson sighed. “Are you lost?” He knelt down and carefully reached out to the dog’s neck and found the tag on his collar. Oliver, it said, but that was all.

Jameson had always wanted a dog. And his apartment was one of the few that did allow pets. “Well, Oliver, what do you say about coming home with me?”

Oliver continued to stare at him with his large eyes, his tail slowly swishing back and forth.

A handful of hours had passed, and Jameson had found himself under the heat lamp of a café, nursing a warm drink, after his wandering through the trails and around the lake, Oliver curled up at his feet.

Darkness had descended by the time he got home. Jameson had stopped off at a pet store and bought a small bag of dog food. He had intended to feed Oliver right when they got home but then he did what he always did, and threw his coat onto the back of the couch. The necklace tumbled out of the pocket and rolled across the floor, coming to a stop under the small dining room table in his cramped apartment.

“Oh!” he exclaimed out loud to no one but Oliver. He had entirely forgotten about the necklace since he’d put it in his pocket. Crawling on hands and knees, he recovered it from under the table. The disc was pleasantly heavy in his hand.

He sat down heavily in his armchair and turned on the light next to him, Oliver finding an immediate home on the worn green couch opposite. When Jameson picked up the talisman again Oliver raised his head and growled.

He brought the necklace close, to inspect it. Around the edge there seems to be some kind of writing that looked little more than scratches, but they were scratches that seemed to be positioned with a purpose. The red diamond shaped crystal at the centre was darker than what it had been in the woods, the colour of old blood.

It didn’t seem like any kind of normal necklace. It had a sort of presence. Jameson pulled his laptop toward him and typed into the search bar his best description of the necklace.

He pressed the little magnifying glass beside the search bar. Seconds later, words popped up that made his jaw drop. Magic, amulet, talisman, ancient, rare. Jameson clicked on ‘images’ and drawings, sketches, renderings of the thing that now sat in a tangled mess on the side table next to him came up.

He clicked on the first link, an article from a university. A scholar was talking about it in reverential tones. The same words appeared in the article as did the other links: rare, special, magical, talisman. Its age was unknown but specialists reckoned it was a couple thousand years old.

Jameson glanced at it. It didn’t look all that old.

He scanned the article, trying to get as much information about it as quickly as he could. The last paragraph caused a spike of fear to shoot up his spine.

Dead? Death. Resurrection. The words popped out as if it had slapped him in the face.

He went to reach for the amulet, talisman, whatever it was, but then pulled his hand back just before his fingers brushed it. A growl erupted from Oliver once more. “Calm down,” Jameson admonished. “It’s just a…” what? A magic talisman. Something to do with the dead, with resurrection. That didn’t sound like anything that was ‘just a…’ something.

Was it safe? Well he had been holding it earlier today, and it had been in his pocket most of the afternoon, and he’d just picked it up from under the table, and nothing bad had happened to him.

Hesitantly Jameson picked up the disc and held it in his hand, waiting for something to happen. Nothing did. “Look, it doesn’t even do anything,” he said with an inward sigh of relief.

Jameson glanced at the digital clock on the stove. It was already ten o’clock. Late for a work night. He turned the light off and went to bed, Oliver following and making a spot for himself, as inconspicuous as possible, curled at the end of the bed.

A scream rent the air. Jameson shot bolt-upright in bed. His heart was pounding. Was it really a scream he’d just heard? He glanced at the alarm clock. 3:35am.

Then he heard it again. It was most definitely a scream, long and piercing. And it sounded like it was coming from the apartment next door.

Jameson slid out of bed and grabbed the large heavy flashlight he kept in the living room for emergency power outages. He opened the door and stuck his head out. “Mrs. Wallstein?” he called, hesitantly, his voice unsure.

From the window at the end of the hall, just past the Wallstein’s apartment, Jameson heard the shrill sound of emergency sirens – whether police, ambulance or fire he couldn’t tell.

He raised a hand to knock on the Wallstein’s door when it was flung open from the inside and the frantic harried face of Mrs. Wallstein appeared.

Instinctively, Jameson stepped back further into the hall. “What’s wrong?” he said, his voice high and frightened.

“Dale! It’s Dale! He…he died!” Her eyes were wide, it seemed mostly the whites, glowing in the dimness.

Jameson didn’t know what to say, but Mrs. Wallstein continued. “He died in the night. He made a sound, a loud noise. And then he didn’t wake up!” the words were flying quickly from her. “But then about fifteen minutes later, when I was on the phone to 911, in the kitchen, there was Dale. He was alive. He was moving, walking…” she trailed off.

And then she was pulled backward by a hand across her shoulder, dragging her back into the room.

She screamed and Jameson saw Dale, or something that looked Dale-esque. The man was a strange greyish colour, with a waxy sheen. He most definitely didn’t look alive.

The necklace. The thought flashed through his mind just before a pair of grey hands pulled him forcefully into the room.

The last thing Jameson remembered was the sound of the door slamming behind him.