by Melissa Eaves 6 months ago in Fantasy
Report Story 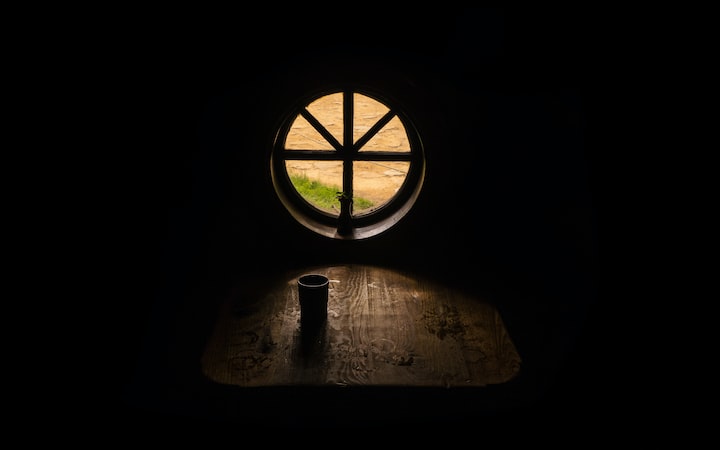 Photo by Tyler Lastovich on Unsplash

There weren’t always dragons in this valley. Incidentally, there wasnt always a little girl called Maven either.

Maven was a magical creature with an elvish face and a heart of gold. Maven was a fairytale of a child, she was always good and funny and smart and cute. There was one drawback, however, if Maven pricked her finger, a dragon became from the spilled drop of blood.

The first one she called Serendipity. It was odd, she was with her aunt at the spindle one moment and the next moment had pricked her finger. One crimson drop of blood fell slowly from her little finger and in a time crawl seemed to hover and then splat dropped to the floor.

As she stared at the blood on the floor with fat tears sliding down her impervious cheeeks and accusing looks at her Auntie the drop began to shimmer and hold its own life and from it the stangest thing.

The drop began to morph, in projected stages. The room was filled with the sounds of fire breathing beings that even in this mythological place were long history. Yet in these sounds and images swooping and calling and setting fire to kingdoms and prehistoric wars with each other they came alive. And then all was silence and an egg appeared and grew until it was larger than Maven. As she stood there in her pink princess dress, she watched as the egg cracked and an embryo sprawled out, all wings and scales and teeth, with glowing eyes and piteous cries.

Her aunt at the spindle had been joined by other Aunties and they stood with gaping mouths as Maven's father burst through the door and demanded answers.

Maven looked up at her father with bright eyes of the bluest blue and explained to him how she had been hurt and a dragon was born. After much discussion and debates ( as well as fire breathing from the draconian tyke) it was determined that the dragon would be kept.

From this point forward anytime that Maven was hurt another dragon was born and so came to be that this valley, the valley of Thessolonica was known for dragons. It became known that long and far Thessolonica was a place that none of the other territories would contest. And so the little girl who was a pauper became a princess of other terrotories kingdoms and places.

The other kids did not understand Maven's gift and often excluded her and invented cruel games to make themselves feel better. Maven focused on other things however and learned to ride the skies with Serendipity seeking out new adventures and people that could look past the oddness of her affliction and understand how cool it was to live with fire breathing dragons.

Maven grew into and adolescent and then a lovely young woman. And as often as the others who didn't understand her hurt her so were born more dragons and more liasions with other territories. She made a life training dragons and selling them to respective owners. As territorial and fire breathing beings they as a buisness were quite lucrative.

The valley grew rich and reknowned but Maven was lonely. Men came and went but none could reach her. She often watched their reactions to the snide ugly(on the inside) women that spent lives tormenting her and subsequenty sent her dragons after them for their weakness and lack of desire to actually have her.

This was quite amusing to her, as one by one the big men that came in with such formalities tucked, rolled, and ran. She cried to her father, she cried to her aunties and to her friends and to the elders and wise men but nothing and no one could solace her or help her with her loneliness.

The dragons became restless and something was in the air as the winds began to shift. The kingdoms were turning discontent and so it was that Maven made war. In this manner there were no suprises as the men that had turned and ran had told and stirred and unsettled many things...hence there were lands that would make war with the peaceful dragon keeping valley. So, for many months the valley trained and prepared.

Maven began to prick her fingers on purpose to grow the armies of war. Month after month, wake, train, resume.

And so it was on the fifth day of the third month in the year 7210 that the kingdoms of the insulted princes began waging war with the valley.One by one they came and one by one arrangements, allignments and defeats were orchestrated and named and pegged.

One paticular little prince and kingdom was paticularly insidous and this was the regiment that was of Jasper. They wouldn't stop, regrouping and realigning and no alignments or truces or rules of war were ever accepted. Although all other countires and territories and kingdoms were sure to abide by them. Maven and Serendipity found much of their lives were consumed by personal jousts with them.

One day, after a paticularly trying day with the ignorant bastards (as Maven secretly referred to the regiment of Jasper). Maven hid in her fathers house for awhile and while seeking consultaion with him, a courier interrupted her with a projected call. It would seem that an unfamiliar army was approaching from the east with the largest numbers and even more alarming with fleets and creatures that weren't dragons but larger. They didn't fly. They werent flying but they were larger and more concerning.

Manning the posts and against her fathers shouts Maven called Serendipity and flew out to see. As she watched the army approaching the skies grew dark and it sounded as if thunder was rumbling. The ground shook and the clouds grew heavier as if earth and land and sea were conspiring with the new attacker.

Serendipty was beside herself as Mavens one constant companion and protector she was nervous and when she was nervous she sweated and cried and became difficult to ride. So, Maven with the consternation of a queen in this formerly unreknowned kingdom came to alight upon the turret of the castle and man the lookout. From here she watched helplessly as the vast army approached.

On it came one ponderous progression after another, and for miles she could see no end to the numbers in the advancements. As the army approached she watched Jaspers glee at this sudden and unexpected reinforcement.

Tears slid down her cheeks as she recognized fultilty and hoplessness and had only the lines of faith and hope to man. Which in the face of such grandiosity seemed impotent and futile indeed.

And so it was the largest army ever seen advanced upon the tiny and powerful kingdom of Thessolonica. While its creator and queen awaited with perfect futility to see the outcome.

As she watched, it was the oddest thing. The attacking army began slaying the kingdom of Jasper, and even odder a flying bird large and trained and falconlike swooped up the prince and delivered him cowed in terror to Serendipity's feet. And so the army that stood to attack Thessolonica at its very gates as far as the eye could see stood alone and ready and poised.

And while Serendipity manned Little Lord Faunteroy in his simpering, Maven watched speculatively as the army stopped reformed and a commotion came throught the frontlines as a man leading the largest creature Maven had ever seen came out of the middle of alignment and stood at the front of the scene.

"My lady", he called. Maven could not breathe, she couldn't even speak.

But as a queen, she chained the prince and set him with guards, while she and Serendipity flew down to address the daunting scene. She brought her best regiment of twenty of the hottest breathers and descended.

At ground level, she dismounted and asked as cool as could be dared, "What are you terms?"

As she looked at him her heart dropped to the ground and with weakened knees she informed him that whatever they were they would not be granted.

"That's different, he spoke with slow confident deliberation because I have conquered all other kingdoms to reach this one. Are you certain?"

"Because in all honesty I would prefer to be friends, you see these are creatures born from my blood and I thought maybe you and I could form, you know a kind of alignment," he winked.

And so Maven met Seth, king of Antioch.

Seth and Maven became friends and after Maven's initial rage from friendship came allignment and eventually marriage and so was born a new world...one in which dragons and men walked together again. I would like to say that Maven and Seth lived happily ever after but with Mavens fiery temper and Seths will to conquer, I can assure you that fires were set across the world and yet somehow peace was kept.

Serendipity found quite the pleasant servant in Little Lord Faunteroy who spent the rest of his days making up for the stress he had caused the beast with draconian pedicures, the finest snacks and such.