by Caroline Jane 10 months ago in Humor
Report Story

A not so divine comedy. 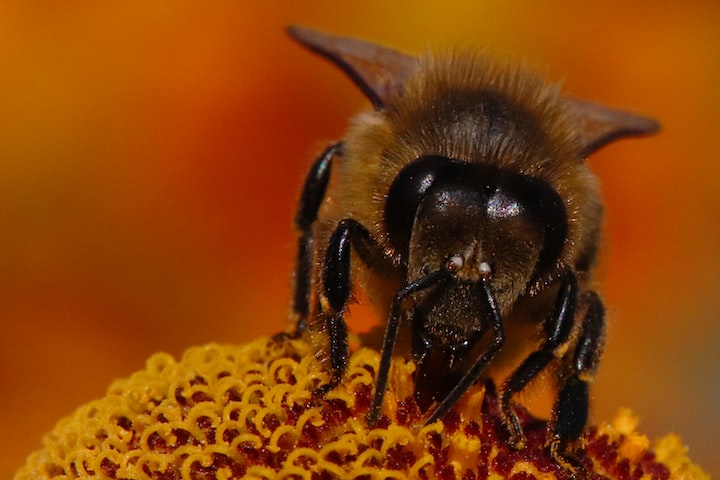 The heat in London was suffocating. So much so that Marilyn felt it was positively infringing on her human rights. A respectable woman, such as she, should not have to suffer the indignity of having to hang out of her second-floor window trying to catch a breeze.

This was Kensington, W8 - for goodness’ sake - the most coveted postcode of the first world.

(According to people like Marilyn... and estate agents in W8).

Her building was Grade 2 Listed and that meant no air con could be installed. The people who made these rules were archaic. What difference to anyone would one condensing unit on the side of her building make? Three hundred years ago the people who lived in her house pee-d in pots they kept under their beds. People really did need to move with the times.

There had been many a letter penned.

She was living under sufferance.

They were trying to make her a prisoner.

"They" were also in cahoots with Harrods who had run out of fans. Unprecedented demand... apparently. Bad planning more likely. Back in the day she could have picked up the phone, simply said "fans" and a man would have been at her door ready, capable, and most importantly... willing.

Consequently, she had not been able to get out of her kaftan now for 3 days. Underwear in this heat was unimaginable (one had to maintain some freedoms). Nor could she face another shower. All that faff for just a few moments of reprieve. It hardly seemed worth it. She had reconciled her current state of undress as circumstantially appropriate. If she was being forced into the role of 'prisoner', she may as well dress for the occasion.

She had been an actor after all.

Under 'normal' conditions Marilyn would have never even sat down for breakfast without quaffed hair and immaculate makeup.

She would not be seen dead in her current outfit.

Earlier, she had considered putting herself through the debacle of dressing, momentarily motivated by the thought of the resplendent shade of the many great oaks of Kensington Park. However, the prospect of having to mix with "The Great Unwashed" on a day like today, became just too much for her delicate sensibilities. All that exposed flesh loitering and lounging about... and... there would be littering... oh, and children...with messy faces and sticky hands... running around, out of control, rubbing themselves against everything... awful, awful, awful. Any respite she may have enjoyed from the heat would be lost in the constant fear that at any moment she could get dragged into a scene from Jeremy Kyle or Jerry Springer.

The world was feral. None more so than on a day like today.

Even the Queen's parks in hot weather were no place for a lady. She would rather remain in her home. A hostage.

A thought occurred to Marilyn. This is what those bleeding-heart liberals meant when they spoke of "relative poverty". She was a prisoner, a hostage under sufferance because she was too refined to "slum it".

She considered calling the police.

And perhaps the pest control people too.

Damned flies! The little buggers were mobilising an army. Base camp seemingly being her absolutely useless ceiling fan that was morbidly rotating in benign obligation. Every so often one of their numbers would buzz out on a reconnaissance mission and, with growing frequency, dive bomb her.

There was rotting food in bins all over London why on earth were these flies here? Get down to the parks and annoy people for whom such invasions were a daily part of life. Go. Go. Enjoy. Mingle with people used to such indignity.

And what was with that bee?

Did it have to drone... incessantly... in b flat? Could it not vary its pitch or tone? Or perhaps just pause occasionally?

"Bees need to be protected, Marilyn." Her voice of reason whispered.

Then they had better learn a different tune, she thought, as she took another swing at it.

She knocked a couple of her marigold blooms right off their stems trying to silence it.

Damn. That. Bee. It had driven her to horticultural desecration.

Hot sweat trickled down her back, her kaftan stuck to her as she moved. She tried, unsuccessfully, to pull the clinging fabric away from her skin. She leaned out of her sash window trying to get any sense of a breeze. Just one cooling breath from God was all she needed. HAVE MERCY!!

The air hung as heavy and flat outside her apartment as it did inside.

She looked up and down her road. People were still outside. In this heat. What were they all doing out in the midday sun? Mad dogs the lot of them.

Was that woman walking a chihuahua? Did she not know that dogs should not be out in this heat? That little beast was going to sweat and then stink. Weren't chihuahuas more rat than dog anyway? Vermin.

And what on earth was going on with those two girls getting out of that Bentley? Trussed up like something newly featured at the delicatessen. This was twenty first century England she wanted to scream at them. Liberate yourselves.

The smell of new money drifted in through the window like a poisonous vapour.

Marilyn recoiled at the affront of it all.

This was the root cause of the cultural drop in standards in W8 - new money was flowing in and flushing class away in garish clothes and novelties. It was these people that were responsible for Harrods not having any fans. These people would buy anything. Harrods no longer had to try.

Marilyn watched the girls go into their new remodelled house on the other side of the road. She bet they had air con. These people would not have the constitution to live on the listed side of the road.

A fly flashed in front of her face. She swung at it and missed.

She missed having servants.

The "help" these days felt so transactional.

She would have much preferred having somebody around, twenty-four-seven, to call on when needed. Like now, for example, they could have dealt with the awful flies and then fanned her for a while.

There was always something to be done.

Instead, they arrived... did... and left. It was all so impersonal.

Was such menial functionality even a life?

Marilyn pulled her Eames chair to the window, sat down, and marvelled at the insanity of her fellow man. Out in this weather, still doing their day-to-day routines.

This was surely the personification of purgatory.

As she watched a new noise joined the cacophony of irritation. It was next door's hot tub. They had installed it on their new roof terrace. No consideration for the neighbours whatsoever. Building regulations apparently found such additions acceptable because they were temporary and removable.

If Marilyn had her way the people who had moved in next door would find themselves temporary and removable.

Talk about taking advantage of a loophole.

It was a bath on a roof.

A pool Marilyn could have accepted, but a 4ft-by-4ft tub into which you packed other people like anchovies and then sat there in one another's flotsam and jetsam.

They say that London is far too noise polluted. Apparently, there was still room for the din from next door's hot tub. That was within acceptable parameters.

Was somebody actually playing the tuba... badly... on a day like today?

Why were her neighbours so thoughtless? This was a refined area. Building regulations should consider a questionnaire before allowing people to buy houses here. She would willingly offer her services as an officiator. Stop problems like these happening.

Grade 8 in your respective instrument?

Excellent, you can stay.

Not grade 8 or above. Then you have a choice - music or W8? It certainly will not be both.

The woman with the chihuahua was on her way back down the road. She paused just outside Marilyn's property. Her little dog cocked its leg.

Marilyn could not sit there and watch any longer she needed to intervene. Standards had slipped that low.

"What do you think you are doing?" She shouted.

The young woman looked about her unsure where the heckle was coming from and who it was aimed at.

The young woman looked up and saw a figure almost puce with exasperation waving a fly swat. She looked around her in disbelief. Was this lunatic shouting at her?

The young woman stared for a moment then, without saying a word, she picked up her small dog and walked away. She was not about to get into any discourse with whatever this troubled woman clearly wanted to drag her into.

Marilyn called after her...

"You may as well scurry away. Fouling the neighbourhood... it is a crime you know, even if it is a rat that is doing it.

Do you hear me?

The tuba playing stopped. Marilyn looked at where the 'music' had been coming from. There was a woman's face at the window trying to pull down the open sash.

"And you. Have you no decency? Rasping out dreadful music on a day like today when everyone has their windows open. Get a bit of respect."

The window clunked shut and the curtains were pulled swiftly across.

Marilyn leant further out of the window. A man with the worst sweat patches she had ever seen stood, gawping at her.

She barked at him. "What do you think you are looking at Sweaty Betty!?"

The man quickly looked away mouthing the word "Wow" to himself.

She swung at it.

She spotted the bee at the edge of her window box.

She swung at that too.

Each time she just narrowly missed destroying the unmelodic annoyance. Infuriated, she stood on the edge of her Eames chair to get a better swing at it.

Thank heaven for small mercies she thought as her weight on the edge of the chair's frame caused it to lunge forwards. Off balance she grabbed for the curtain as the chair toppled further forwards. She flailed in the window frame for a moment. The first breeze of the day caught her kaftan sending it billowing about her. She became disorientated by the unexpected whoosh of freedom.

The weight of the chair pressed against her legs until she lost her footing.

It would appear she was going to be seen dead in that outfit after all.