Part One: The Meeting 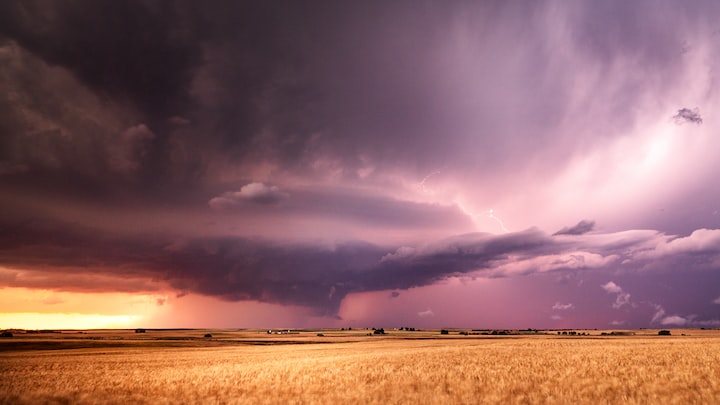 Photo by Raychel Sanner on Unsplash

Days of heaven became days of hell. It wasn’t the rapturous final judgment of mankind that had turned heaven to hell; it was the banks, the land-men, the police. The landowners were beholden to the banks, so when the dust came in, they had to sell their acreage, had to issue evictions. But those poor, uneducated tenant farmers didn’t understand it was the banks stealing their homes. The land-men had grown fat on the years of toil and torment the tenants had put into the land. They waved their smooth, dismissive hands at the pleas and the protests. They gave the tenants a day, maybe two to vacate their ancestral homes. Sometimes, if the land-men were fair and honest, they would give them two weeks. As generous as this was in the minds of those aloof, comfortable land-men, it was never enough time for the tenants to settle their hearts. If they stayed too long, burdened by the idea of abandoning the only home they had ever known, that was when the banks unleashed their attack dogs, men of law dressed in blues or tans.

Some folks could forgive the police. Same way they could forgive the man driving the tractor that tore their old homes to shreds. Those men were just doing their jobs, after all. But the police seemed almost content to kill or maim those farmers stubborn enough to stay on the bank’s land. They didn’t care that entire generations, going all the way back to before the Civil War, had worked those fields. Farmers had taken their dying breaths in the sea of long stalks; kicked to death by a horse or mule, crushed under the wheels of a tractor, brains destroyed by the sun, and their hearts crushed by the effort. The lawmen didn’t care that in does dilapidated shacks, children had been born and children had died, families had both celebrated and mourned, lives had been joined in matrimony. Those homes were the vessels of life, the source of spirit, and the only pieces the tenants owned were the ones that couldn’t be held, the memories. No tractor could tear those down, no land-man could repossess them, and no banker could claim them as equity.

Jim Casey, a preacher and friend to most folks, had a keen understanding of what each home meant to each family, and how leaving those homes had created a hole in their hearts. Jim couldn’t recall the number of nights he had spent at the tables of these families; there had been so many. But he could easily remember the faces of those he prayed with, the men he had broken bread with, the wives he had complimented on their cooking abilities, the children who had begged him for some story.

Most of the stories Jim Casey knew were biblical, but he could turn the trials of Samson and the deceptions of Delilah into a captivating tale. Most folks considered Jim Casey to be a good Christian man, someone they could trust without question. The truth was much different. Jim had visited many a widow under the guise of delivering the word and had ended the evening in their marriage bed, waking the next morning with carnal knowledge of the aggrieved. The widows never seemed to mind, and when he would call again to deliver the word, they would receive him in their beds just as they had so many times before.

He knew that this offended God, so he would often cleanse himself in the cold waters of some creek until his skin went blue and his teeth chattered. When he suffered sufficiently, he rose from the water knowing God had forgiven him. But he had committed other offenses; he had taken virgin girls, some as young as sixteen, and seduced them, promising that Baptism would wash away their sins. Jim Casey knew, though, that the girls were not the sinners. They were the victims of false promises and a country preacher’s powerful lust. For these sins, Jim Casey had taken to going barefoot, each step a reminder of his sin. He had gone for months without shoes, long enough for his feet to develop callouses, making the pain of walking less severe. He believed this was God’s way of saying he had been forgiven. It was for this reason that Jim Casey was whistling a happy tune in the shade of an old-growth tree when Tom Joad happened along. Casey knew the face, but the way Joad carried himself was unfamiliar. He was suspicious, his movements guarded.

“How do?” he said to Joad as the man approached.

There was a dog tagging along with him, some scraggly mutt with easy eyes. Probably had belonged to someone at some point. It didn’t have the manner or hard glare of a dog gone feral.

“This tree belongs to the Lord,” Jim Casey answered. “I reckon he creates these good shade trees for weary travelers, so it is not for me to deny a man rest. Besides, I would not mind the company, Tom.”

“As well as you know me,” Jim Casey answered. “I was the man baptized you.”

“That is my Christian name, yes.”

“You got another name?” Tom said, one side of his mouth curling up in what looked like a sneer, but Jim Casey recognized it as a half-smile.

“Like our lord and savior, a man goes by many names,” Casey said. “My mother called me Pep on account of my nervous energy. Used to hop around as if I had grasshoppers in my pants. Most folks call me preacher and other preachers call me brother. And there are those that call me charlatan, though I have never professed any skills beyond my ability to preach.”

“You sure do like to talk,” Joad said, meaning no offense. He untied his shoes and dumped out a load of dust and pebbles. “I remember bein’ a kid about fifteen and goin’ to one of those sermons of yours. We used to get all hot and bothered with nervous spirit, what you might call the Holy Spirit. I used to find some farmer’s daughter and take her down into a ditch for a poke.”

He removed a pipe from his pocket and stuck it in the corner of his mouth. He searched his pockets for a match. Joad was quick to help out, striking a match, and shielding the flame against the wind. He leaned forward so Casey could light the pipe. Joad kept the match lit and stuck a rolled cigarette in his mouth. The two men puffed in silence for a while. It was a comfortable sort of quiet.

“When you get out?” Jim Casey said after a few minutes.

“Less than a week ago,” Joad answered. “Been hoofin’ for a good long while, caught me a ride with some nosy trucker a few miles down the road.”

“I expect you’re ready to get home to your Ma and Pa,” Casey said. “Or maybe you’re just after one of them biscuits your granny scratches together.”

Joad smiled at this. “I been thinkin’ about those biscuits a couple years now.”

Casey’s face grew dark as he continued to puff on his pipe. How could he tell a man who’d been in prison for a little over five years that his entire world had gone to hell in his absence? He decided not to press the matter. It was better to let Joad find out on his own, but he was curious how much the man actually knew.

“Your folks send you letters up there?” Jim Casey said.

“My folks ain’t much for writin’. My Pa can write a bit, but not much. He don’t have much interest in letters. Got me a Christmas card from Grandma a few years back. Nice card, had a shiny tree on the front, nice message inside. But when them boys over in my cell block laid eyes on it, there was no end to the torment.”

Jim frowned at this, thought about it for a moment. If his Granny sent him a Christmas card, it was unlikely he knew what had been going on since his incarceration. More than a few of those homes Jim Casey used to frequent for meals were gone now, flattened by tractors, the fields gone fallow. He’d seen it happen, seen the whole tragic series of events unfolding before his very eyes. But Tom Joad, he hadn’t been home in five years, so the losses would be an immediate shock. A hard thing to absorb. His friends, some of his kin, had been forced off their land. Couple had been shot, crippled by some cruel or stupid deputy, and one had even been killed.

“I best be on my way now,” Joad said, sliding his feet back into his shoes. They were the same given to every man on his way out of prison, a dead giveaway that the fella wearing them was an ex-convict. “You take care now, preacher.”

Jim Casey watched as Tom Joad trudged back toward the road. He dashed out his pipe and caught up to the younger man.

“You mind if I walk with you a spell?” he asked. Aside from wanting company, Casey had an ulterior motive. He’d known the Joads for most of his life, and what Tom Joad was returning home to would be a complete shock to his system. Casey figured it would be better if the kid had someone with him when he learned the truth.