How the day was ruined 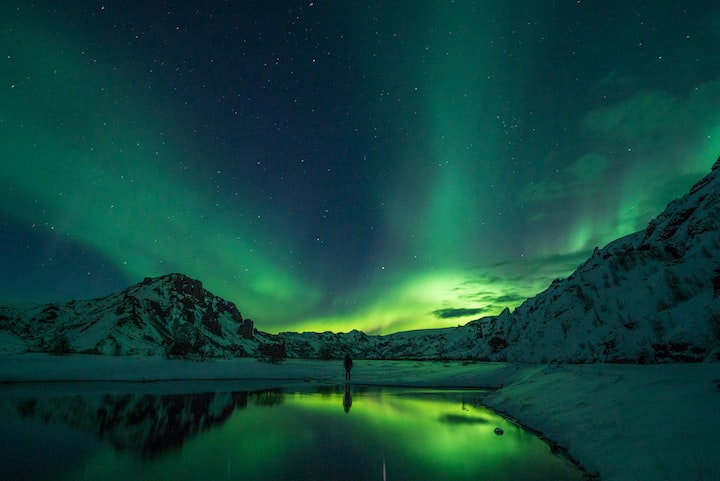 It only took a few seconds before it was over. Sitting beside a stream in the backwoods of the panhandle, you could see that something was happening off in the distance. The wind started to pick up speed as it squeezed between the trees.

I﻿t was supposed to be a nice day, fine weather with birds chirping and  unequivocal.

Before any words could be spoken, a strong gust of wind blew all of our feigned joviality several yards away. There was a comfort in knowing that this was just a physical manifestation of what they were both thinking. "Family" picnic? No, it was more like the forced acceptance of a need to do something familial. At home, there was always a rush to do things or complete gridlock on romance. Date nights were unheard of and for this to be happening was as spontaneous as it would ever get.

They pretended most of the time to be happy in what seemed to be the time of their lives. Young and dumb, they enabled each other. The co-dependence was bursting at the seams. Trying to get along day-in and day-out, they could only afford to be cordial at this point.

The baguette and olives were behind them now, like so many mistakes made; the checkered blanket befitting the duality of premature yokes around their necks which seemed to isolate the idea of negligence. Trees bent backward as if mocking them, twisting and contorting in every which way as if to say, "you're not the only ones." Loneliness is only a screenshot away. Captured in the nuance of subtlety, they found themselves scrambling around for what they could gather, trying for the life of them to not seem awkward or out of place. The very essence of the relationship that they had.

The flashes started to begin. Somewhere off in horizon, a low hum could be heard. The many crickets of an existence long forgotten. Clouds rolled around like waves, consuming the sun in the background.

"Not sure, but let's get out of here" he responded.

Even in the midst of oncoming devastation, the conversation was in dire need of substance. The fact that the sky was turning darker and increasingly more menacing wasn't enough to stir up any further emotion. It was almost as if there wasn't enough going on in the tangible world to give rise to anything more than an "okay".

Dust and debris danced around them causing each to wheeze with tears in their eyes. This was as much emotion as they had ever shown. All around them, the bugs went quiet and seemed hidden away in the long silence that happened without either of them noticing. Flashes of a bright blue and then an eerie green light flickered in what was now a storm. Both of them stared at it and were dumbstruck. It was reminiscent of what is behind a computer screen. A projection of light in an array of different colors. This computer, however, was a spectacular green.

At what seemed to them miles away, was a tiny object floating just above the maelstrom. Peter fixed his glasses that were barely hanging on to his face.

"Looks like a plane or something. I can't tell."

"Yeah, I suppose your right. But what's it doing way up there?" she questioned.

This was usually Peter's cue to say something smart. And if it wasn't for the fact that all their belongings were being tossed every which way, he would have said it; right or wrong, he would have said anything to seem smarter than he actually was. It was no surprise to her, in fact, that was one of the reasons why she fell in love with him in the first place. He was no doubt as smart as they come and could play off being wrong like an artists uses mistakes in their work as "happy little accidents". Unfortunately, that charm wore off and they were now in their fifth year of trying to rekindle a flame that was no longer there.

After several minutes of trying to figure out what the object was, they continued to try and gather up all that they could. Placing the last bit of what they considered a date in the car, Peter looked up again. The storm was closer now, and right on top of them. The object was closer too.

The loud clap of thunder was preceded by a brilliant flash of green. Beside this, there was no sound at all. It was so close that peter could hardly make out the words that his companion was trying to say. Before he knew it, she had crashed down to the floor. Bolts of hot green strobed the air all around them.

"Bethany!" he yelled as he knelt down beside her. She was unconscious. From the corner of his eye, Peter saw what looked like an orb hovering almost directly over them. Turning to it, it was clear that it was more of a disk shape. As soon as he focused on it though, it seemed to dissipate. Almost aware that it was being watched. Frantically looking in every direction to see where this assailant might strike next, Peter was sure that whatever it was made Bethany faint. Holding her face in his hands, he began to panic. Even if he could be sure that it did do that, what the hell was it in the first place?

His mind raced the kind of way that it would when Bethany would try to catch him in a lie. It was no use in those situations, her woman's intuition was just too powerful. Now her intuition was snuffed out.

He panicked and reached for his phone. Trying to dial, he could see that the screen was filled with static and glitching. The same green that was coming from the storm, was now in his phone, interfering with his only way to try and find help as fast as he could. He opted to try to pick her up and put her in the car as quickly as possible, but another light flashed and there that disk was once again. Closer than it had ever been before. It was clear to peter at this point that it was the source of all the green lightning. Warping from one point in the sky to another, the displaced molecules would become supercharged and create the green burst of energy.

How could this happen at a time like this? he thought.

And then, very quickly, Bethany's body began to disappear. Not like dust disappears. It was more like melting. All of her skin slowly became vacuumed into the disk. The bones of her cheeks and arms were showing after a few seconds revealing the inner most parts of her. It was the first time that Peter got to see her inner most secrets. The lungs that she used to huff and puff at him. Her heart that she said that she loved him with. The eyes that were only meant for him. It took all his strength to hold on to what remained. The clothes that were left behind smelled of burning. Once she was completely gone, he didn't know what to do. Would he run to the car and try and get away? Or meet the same fate that felled his love?

It was at this very moment in time that he knew beyond a shadow of a doubt that he truly loved her.