by Mariadelcarmen Milagros 2 months ago in Short Story
Report Story 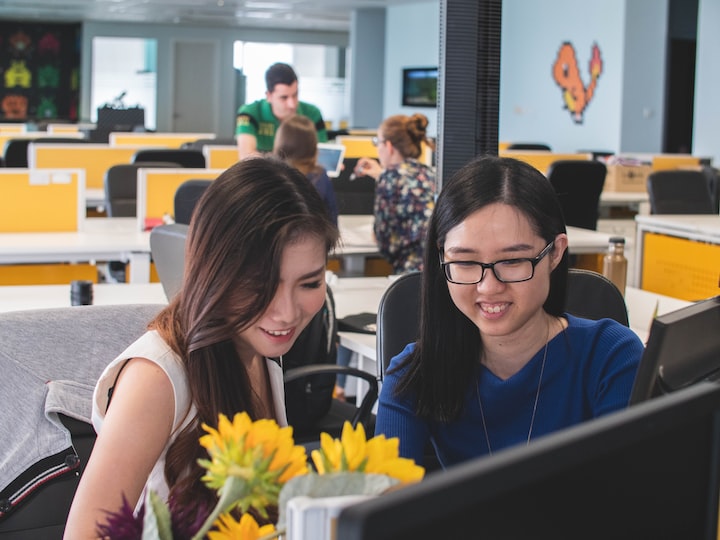 Photo by Mimi Thian on Unsplash

There are some past events in life that may not be often remembered but never forgotten.

At that time, we were very young, in our early twenties, not long after joining the workforce, graduated from the teacher training school, and came to the school for the children of the coal mine workers in Xiangzhong. The mine housing was tight, so the bachelors were crowded into the group dormitory. Xuesheng, regeneration, Xingtai, and I live in the same room, we are all the same students.

At the time of the autumn equinox, Xuesheng had a cold. We accompanied him to the hospital, gave him to play with wash his face and feet water, and boiled rice for him. Xuesheng was given injections and medication, but his cold never got better, and he was not in a good mood.

"The showman human kindness paper half", I can not remember who first proposed, write a letter to Xuesheng, tease, fun, condolences. Regeneration, Xingtai, and I 3 people some planning, then collectively create a love letter. A kind joke, a beautiful lie, then by my pen to complete.

At the beginning of the letter, according to the popular format at that time, first transcribed a supreme instruction: we are from all over the world, for a common revolutionary goal, come together ...... our cadres to care about every soldier, all revolutionary team of people should care for each other, love each other, help each other.

I went on to express my admiration and shy greetings to Xuesheng in the tone of an innocent young girl, wishing him a speedy return to health.

I gave full play to my imagination and expressed the adoration of a young girl in love for the first time: you are the sunlight by day / you are the moonlight by night / no moon by night / you are the brilliant starlight / if the starlight is covered by floating / you are the amorous candlelight / ah, the engineer of the human soul / my youth dresses and combs for you.

It was signed: The man of your heart.

After I drafted it, it was copied well by regeneration imitating women's fonts, and Xingtai bought an envelope and tore off a stamped stamp from an old envelope and stuck it on. In this way, a letter addressed to the sender, "Beijing", was delivered to Xuesheng, who was bedridden.

We didn't say anything about the letter to Xuesheng during the day at work, but only after dinner did we ask about it, intentionally or unintentionally. The cold of Xuesheng improved, he "hold the pipa half cover", can not hide happy, and told us received a strange letter. We pretended to be surprised to read it over and asked Xuesheng to confess which girl he had fallen in love with at the mine, and Xuesheng swore that he had no delusions of grandeur. We then fervently speculate to analyze the letter writer, is the mine literary propaganda team of the soprano? The company's main business is to provide a wide range of products and services to the public. The hospital's injection does not hurt, smiling with two dimples the little nurse. The first thing you need to do is to get a good idea of what you're getting into. That night, Xuesheng could not resist our strong call for a treat, bought tickets from the mine club and invited us to see a movie, and after the break, bought a bowl of beef noodles. Xue Sheng's cold just got better, we said it was the power of love. From then on, Xuesheng changed the habit of sleeping in the morning, nylon socks are often washed and changed, and they no longer throw the total account under the bed. His actions also influenced us, from then on, we this group dormitory, maintain a regular neat and hygienic, hut morning and evening out of the laughter.

The dream of love was finally broken by us one day soon, and Xuesheng was not angry, not ashamed. The honeyed friendship nourished our hearts of love, innocent flirtation, and playfulness like the fragrance of roses filled our dormitory.

The years are like water, a flash is more than 30 years, when the friends living in the same room, now have a family and a career on the other side of the world. I think, if one day, we can have the opportunity to get together and look back on this past, everyone should be at least twenty years younger.

Many things in the world will grow old, but the romantic youth, childish friendship, is forever young.

I have a strong sense of duty, hardworking and down-to-earth, with the necessary spirit of innovation and a strong potential to survive and adapt to the environment!