by Saja Bo Storm 10 months ago in Short Story 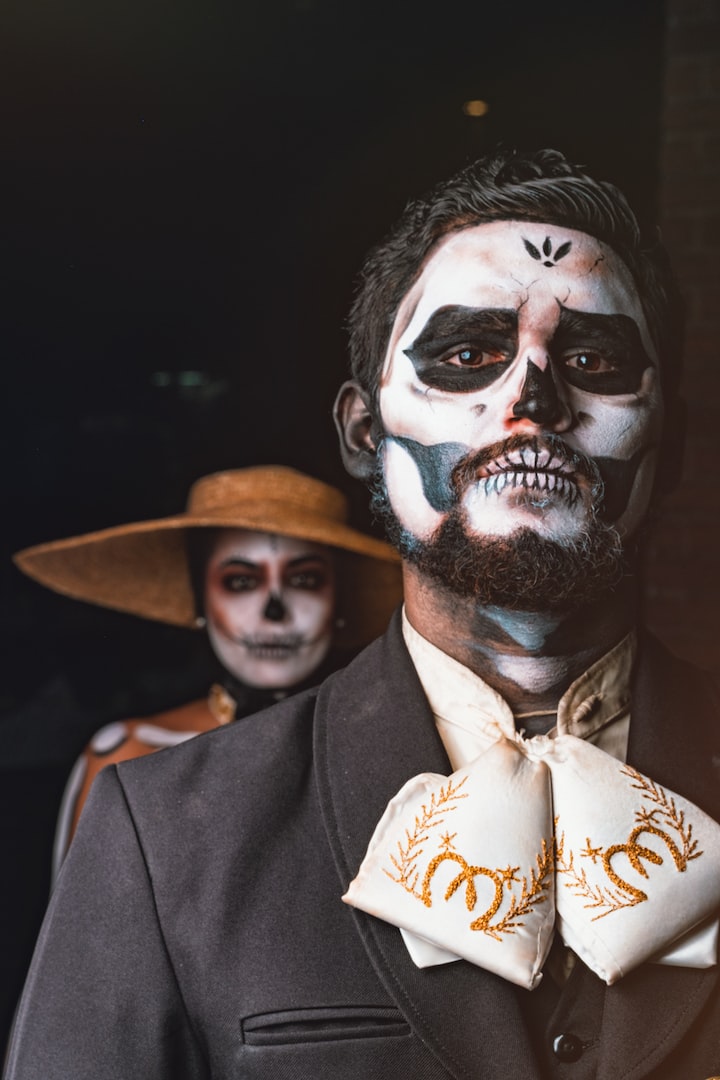 Photo by Alonso Reyes on Unsplash

“Are you awake, or are we dreaming?” Ernesto Rodriguez scoffed. “Descartes, the great thinker and philosopher of ‘I think, therefore I am’ fame believed that you guys all seven of you may be dreaming now with me, or even existing in my dream. I hope you don't mind if I sit down in my Papasan chair and relax. This dream hit me hard emotionally. I hadn’t anticipated that I could be brought to tears by a dream, but it stirred up old memories and tore me apart, but I will still share it with you. Perhaps the telling of my dream will be cathartic. I really hope Descartes is right… that we are now dreaming because my ‘woke’ life is no joke. In my dream, I found myself back in Buena Vista on November the 1st and 2nd honoring the dead. Dia de Los Muertos… The Day of the Dead. The image of the Mexican holiday includes skeletons which give people who aren’t familiar the idea that it’s associated with the American holiday of Halloween. It’s actually to honor the deceased. November 1st for children and November 2nd for adults. When I lost my first and only love, Alexandra Cortez five years ago in a tragic car accident, I was devastated. I was the driver. Ernesto slumped his shoulders and placed his head in his hands. He looked up and shouted “‘She was the love of my life. That was our wedding day! I lost control of the car. Ay Dios Mio. Why was I saved from death’s grip?” He wiped back the tears and pushed up out of the chair and sat down criss crossing his angular legs. He brushed pushed his hair out of his eyes and continued. “I apologize, people. You too, voice from the speaker.” He cleared his throat. “So, in my dream I placed the marigolds on her grave. Marigolds are called Flor de Muerto. The flower of the dead attracts the souls of the dead. Marigolds are vibrant and represent an aura of encouragement and uplifting feelings. I also placed her favorite foods beside the flowers. I used my abuela’s recipe for Chipotle Carne Guisada. You can serve this smoky beef with tortillas or rice. And my Madre’s recipe for Arroz Con Leche which is rice pudding. When I cook this dish, (we had it almost every Wednesday) we got together at my place to watch her favorite movies. He smiled. “Well, in my dream I sat on the soft cool ground and downed a hit of tequila. The breeze blew strongly causing me to pull my jacket closer around to my body. I felt someone place a scarf around my neck. The multicolored scarf felt soft against my cheek. I had given the same scarf to Alexandra on our first anniversary. An image of my Alexandra appeared before me. She held a fresh bouquet of marigolds in her petite hands. She still had the engagement and wedding rings on her finger. When I opened my mouth to speak, she placed her fingers on my lips to silence me. She sat down and her eyes commanded me to sit beside her. No words were spoken. We watched the stars in the dark sky and remained in each other’s arms until daybreak. When I opened my eyes, she was gone.” Ernesto stood there quietly. When no one reacted, he yelled. “Are you guys awake or are we dreaming?” Ernesto chuckled. No one moved for everyone was moved. “Mr. Rodriguez, the voice from the speaker interrupted. First of all, sorry for your loss. Surely, you think, therefore you dream. By the way, that's a lovely scarf you're wearing.” Ernesto gasped as he grabbed his neck and felt the smooth silk of Alexandra’s scarf.

Ernesto kissed the scarf and sobbed. Until we meet again, my love. The other members of the dream study team swarmed around him offering up a group hug.

More stories from Saja Bo Storm and writers in Fiction and other communities.