Don't it make you want to scream. 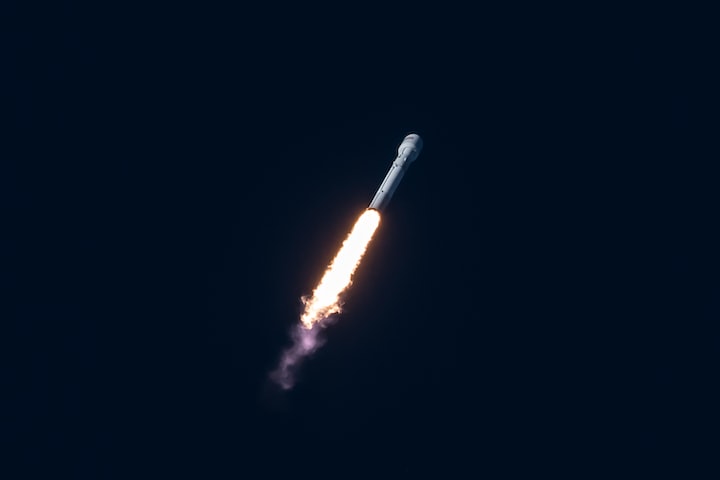 "Nobody can hear a scream in the vacuum of space, or so they say,"

"So what are you suggesting? Don't look at me with that pissed off look on your face."

"Oh, nothing just stating a long held belief, that's all."

"If they can't hear me scream they sure as hell won't be able to hear you scream either. Keep that in mind."

"Aw what are you insinuating Thelma? I wouldn't hurt a hair on your head."

"It's not my hairstyle I'm concerned about. It's the rest of my body I'm more worried about."

"Look Thelma we've been on this ship for 72 days now and we haven't had anything to argue about till you brought up that."

"Well it's about time we talked about it. We can't keep going on like this."

"Then why don't you stop doing it then?"

"More empty promises. I'm getting sick and tired of your promises."

"But I promise to keep this promise this time."

"But that's what you said last time that you promised."

"How can I be so sure that you will?"

"Just give me a chance."

"I already have and you blew it."

"Give me another one, I won't let you down."

"Of course I promise."

"Then what do you want me to do? Sign a contract or something?"

"That would be nice "

"Come on Thelma we don't need to go to those lengths."

"Why not John? How else can I trust you?"

"You will just have to."

"Because I trust you."

"So you should, because I don't do that to you."

"Okay, I promise you that I won't do that again. Cross my heart."

"I don't know. Do you remember that time we when were at your mother's house and you did it then?"

"I didn't do it on purpose, it was an accident."

"An accident?? Did you have your eyes closed?"

"I said that I didn't do it on purpose, geeze."

"Even my mum and has her doubts about you."

"That's nothing new she always had her doubts about me."

"And what about the other night when we got home from the club? You just walked out as if everything was just honky dory and left it before going to bed."

"Okay so I got a little drunk that night. I couldn't help it."

"No I was just too pissed to care."

"Too pissed to care about me?"

"I was tired. After the night I had I was just so drunk that I forgot."

"Yes it's always about you and what you want. Like that time we were at high school then went to my best friends house. I'll never forget the embarrassment that you put me through."

"Thelma that was nearly 10 years ago and you're still tryin' to get over that?"

"You scarred me Johnny. That hurt, deep. I don't know what ever I did to deserve that Johnny."

"Aw come on Thelma. You need to toughen up, get over those things."

"Okay, it was just a suggestion, that's all."

"And who are you telling to toughen up? I toughened up. Having to live with you forced me to."

"Look I apologise and I won't let it happen again."

"I need something tangible before I'll believe you ever again."

"Look, I'm getting fed up with this line of questioning. Pull up your contract or what ever you want to do and I'll sign it. Geezus woman let's get this thing over with and settled."

"I will make a recording just to be sure that you don't try and turn things around. Now repeat after me. I John Emmett the second."

"I John Emmett the second."

"To always put the toilet seat down when I have finished urinating."

"You know that this sounds ridiculous?"

"Say it! Or you won't be using this hot bod for awhile. Let's see who will last the longest shall we?"

"You haven't seen nothing yet."

"Okay, I promise not to leave the toilet seat in the upward position when I have finished using the toilet... Happy?"

"No. Say it again from the beginning, you went off the track while you were saying it. Where are you going?"

"Somewhere I can scream where no one can hear me."

More stories from Russell Ormsby and writers in Fiction and other communities.