An old guy gets his revenge. 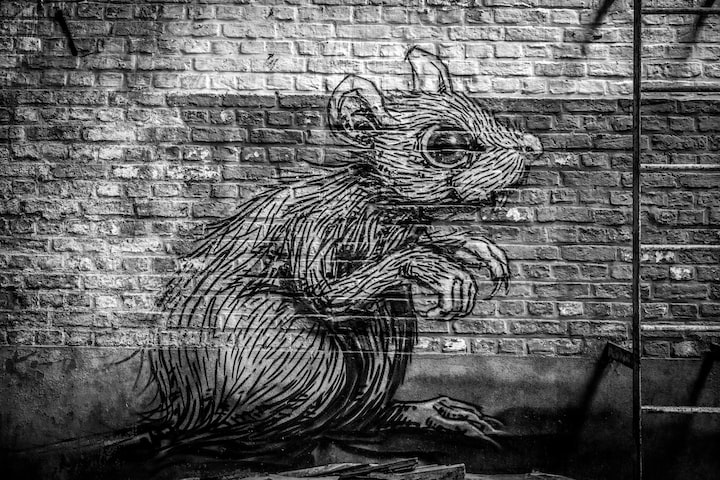 Photo by Taton Moïse on Unsplash

“You’re supposed to be dead!” exclaimed the reclining figure with a multicolored coat.

“Who told you that?” replied Blackey, while attempting to convey a look of shock and dismay.

“People talk. I hear things. There aren’t many secrets around here. You know that as well as anyone,” replied multicolor.

“People are always talking, but it doesn’t mean they know what they’re talking about. As you can see, I’m alive and well.”

“Okay, so they were wrong, but you must have heard The Rat Pack put a hit out on you?”

There was a lull in the conversation. The quiet was broken by a raspy voice from the back of the room.

“Blackey, got a minute? We need to talk.”

Blackey turned toward the direction the voice came from. He hadn’t noticed anyone sitting there when he first walked in, but now the speaker came into focus. He was old, but not feeble. There was a scar across his cheek, a souvenir from a long-ago encounter. Even though the speaker was a little overweight, his constantly roving eyes and coiled muscles told everyone in the room he was not to be trifled with. He was The Godfather.

This was the last individual Blackey wanted to see tonight, and he knew the phrase, “We need to talk” was never a good sign. When the boss commands, you obey. That’s just how it is. Blackey wove his way around some furniture to the back of the room where The Godfather relaxed on an overstuffed chair.

“Good evening, Boss! I didn’t see you sitting there. How’s your night going?”

“How’s my night going? It was going just great until I heard one of my most productive soldiers had got himself in hot water with the Rat Pack. I thought that can’t be right, Blackey knows better than to hunt for business on another family’s turf. You do know better, don’t you Blackey?”

“I do Boss, of course. I’m betting the story those rats told you was only their version of what really happened,” Blackey replied while trying to hide his nervous twitching. Did they tell you they had entered Pete’s Kitchen, which is clearly on our turf, and were clearing out the place when I found them? I felt it was only fair to help myself to some of their stuff.”

The Godfather shifted on his perch and contemplated the new information. He wouldn’t put it past the Rat Pack to skew a story to their own advantage, but he also knew how Blackey liked to embellish situations so he would look like the hero. It was a tough call, but his inborn hatred for the Rat Pack finally won out.

“Okay Blackey, this is what we’re going to do. I want you to gather up the crew. It’s time to go hunting the Rat Pack. When you find their leader, I want you to bring him back to me—alive. I’d go with you myself, but I only have one life left. When this one goes, I’m toast. He’s the one that gave me this scar, so I want to pay him back personally. If you run into the Dobermans, stay clear. We’ll deal with them later. Can I trust you to follow my orders?”

Blackie’s body twitched with excitement as he began purring. Yes, this is going to be a fun night after all!