by Leigh Hooper 9 days ago in Short Story 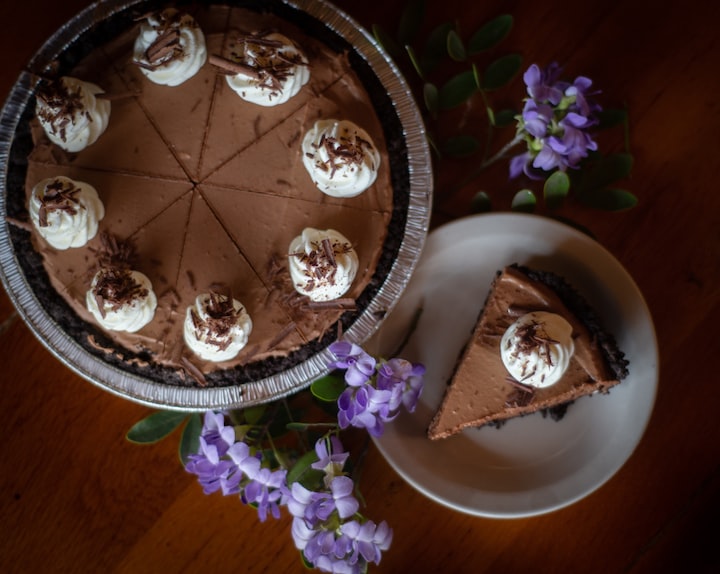 The easiest way to get rid of someone you hate is to offer them a slice of chocolate cake. Lure them in with tea or coffee, or how about some freshly made lemonade? Smile sweetly, showing just enough teeth to know that your kindness comes with a bite. Be friendly, ask questions because everybody knows to know thy enemy.

It's all one big game.

"So, Mr Jefferson, what brings you to my door?" You say, teeth gritted in a smile while your mind reels. This man was prying far too much, suspecting you for who you truly were.

"Oh, I thought I'd just pop by." The burly old man smiles, his teeth getting lost in his graying mustache. His pot belly and small stature made him seem unimportant, a man not to worry about, but it was his mind that set him apart from the others. He had been suspicious from the start, and perhaps he had seen to much as he spied out of his kitchen window.

"Well then, would you like to come in?" You open the door, sidestepping to allow the man in your home. It's not much, you claim, knowing damn well you've worked hard and every single brick has been earned. If only Mr Jefferson knew what you'd done to get here. All the things he'd disapprove of...all the things he'd call you names for and threaten to end your life.

Mr Jefferson - his first name being Bob, as he keeps on telling you - scans your home from top to bottom. You know he's looking for clues, looking for something as obvious as a spellbook or a black cat.

You've heard the whispers. You know what neighbours say about you behind their backs. And who could blame them? They were right, after all, but not in a way they understood.

"Care for some tea? Coffee?" You ask, as Mr Jefferson settles down on the couch, the cushions bending under his weight. He ponders for a moment, gazing around the living room as he wastes time pretending to think.

"Coffee. No milk." He gives a short smile, trying to look past you as you walk to the kitchen. You nod and say, "Make yourself at home."

You watch as the man flicks through magazines on the coffee table, checks behind cushions for any hidden objects. He stares at the collection of books, clocks an old edition of "The Wonderful Wizard of Oz" and flicks through the pages.

He's so engrossed by his nosiness, he doesn't even notice you watching. He doesn't even notice the kettle boiling, or the milk appearing from the fridge, or the way the spoon stirs itself at a flick of your wrist. The magic is right in front of him, yet he's determined to find it in a children's book.

This man is a threat and you know it. And what a shame too, because it's been centuries since you've had a nice neighbour. You really thought Mr Jefferson could've been the one. But, alas, he had to stick his nose in.

"You know Mr Jefferson, I've just made come chocolate cake. What do you say, want to try a slice?" You ask as you make your way from the kitchen. Mr Jefferson quickly places the book back in place, and tries to pretend you haven't caught him in the act. He smooths out his shirt, before taking the coffee from you.

He takes a sip, licks his lips and sighs. "You know, that sounds lovely. And please, call me Bob." He gives another smile.

"Wonderful." You smile back, teeth showing. "Aren't you just wonderful."

You turn, head back to the kitchen. You continue conversation. You know he's stalling for time, wanting to get a peek into your life, trying to expose you. But why not make it fun? Let him stall, let him feel uneasy as his suspicions become a reality.

"Have you heard the rumours, Bob? The rumours about me, and the witchcraft?" You call, as with a flick of the wrist and an enchantment under your breath a cake starts to form in the middle of the kitchen.

You hear Mr Jefferson choke on his coffee, assume he nearly spits it out. "No!" He calls back in fake surprise, "Whatever do you mean?"

"Oh you know." You say casually, still watching the cake form. One bite and it will be over. All of this will be over. You sigh, knowing what's to come. "People say things I guess. Assume things. I'm the quiet neighbour who grows herbs and likes black cats. People are bound to talk."

You roll your eyes. "Well, yes I suppose people might assume, although I've never heard such a thing."

It's a tiring life always playing a game. The cake is ready and a slice lands on a plate that drifts from its shelf. You take it into your hands and greet Mr Jefferson once again.

It's time to get it over with.

"There you go, Bob. Tuck in." You smile sweetly, the muscles in your cheeks hurting from the pressure. "Go ahead." You nod encouragingly, knowing he'll take the bait.

And of course he does. He takes the first bite and you can already see the change behind his eyes. They glaze, as you knew they would, and he keeps eating. He's shovels in the slice, erratically chomping it down at a surprising rate. You hated this part. You had perfected the potion to do what it needed to do, but the ravaging hunger had been an unexpected side affect.

"Time to go." You say as Mr Jefferson finishes the slice. You rip the plate from him hands. You lead him to the door. With eye glazed, and his mouth preoccupied with cleaning off every speck of chocolate cake from his fingers, he doesn't even notice when you take him outside and close the door behind him.

You wait, staring through the peep hole. Two seconds...ten seconds...nearly half a minute goes by and then the spell breaks.

You take a deep breath, let the illusion break. Your house molds itself back into shape, shaking off the typical suburban household look. You change too, your hair, your clothes. It all changes and you sigh.

The spell won't last forever. Mr Jefferson will remember who you are one day, the suspicions will still rise. You have to leave. Start anew in a new town in the hopes someone will leave you alone long enough to complete what you had started.

Packing your bags takes minutes when you know magic. But then again, there was nothing magical about leaving a home you had grown fond of.

Like you always say, the easiest way to get rid of someone you hate is to offer them a slice of chocolate cake. Even if it's the hardest thing you've ever done.

I hadn't planned this story to go like this at all, but this is so much better than what I had planned! It's bringing me MCU Wanda Maximoff vibes and I love it! This is my second SFS challenge! You can find my SFS Challenge 1 entry here:

If you enjoyed this little story too then make sure to leave this article a little heart to show your love! Tips are greatly appreciated but no pressure!